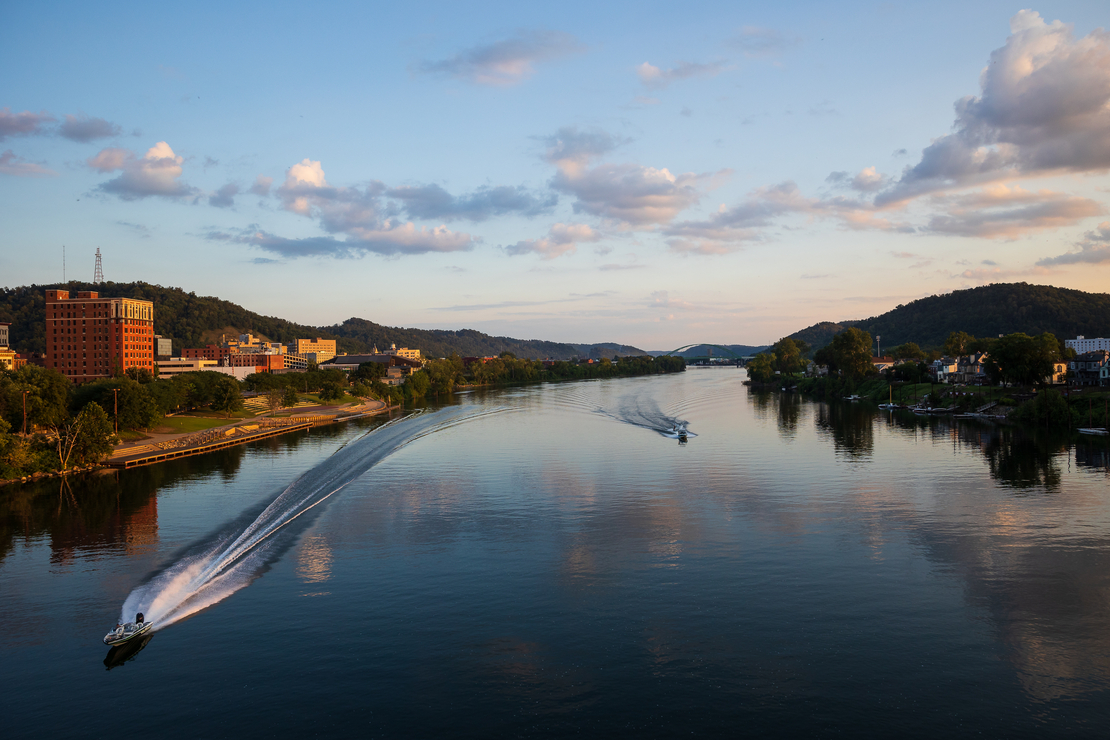 The Ohio River is seen from the Wheeling Suspension Bridge in Wheeling, W.Va., in August. A 2021 study by the Ohio River Valley Water Sanitation Commission found widespread PFAS contamination throughout the river. Francis Chung/E&E News/POLITICO

The overwhelming majority of U.S. waterways are likely polluted with “forever chemicals,” according to a grim new analysis that comes as the country marks a half-century of its landmark water protection law.

PFAS have cropped in detectable levels across 83 percent of waterways tested across the country, per findings from the nonprofit Waterkeeper Alliance, which represents U.S. watershed monitors. Those numbers reflect the presence of the chemicals in 114 waterways across 29 states and the District of Columbia.

During a press conference Tuesday, Waterkeeper Alliance CEO Marc Yaggi said his organization’s findings should send a warning message to the public, along with officials.

“Existing laws and regulations are inadequate for protecting us,” Yaggi said.

The analysis, which relied on testing from 34 states and Washington, showed per- and polyfluoroalkyl substances in most of the waterways. Those without PFAS detections were largely in undeveloped areas. Most frequently, testing revealed multiple chemicals present at once, compounding possible health implications.

Those findings are adding to a long-running drumbeat regarding the threat PFAS pose to the public and the environment. The chemicals have long been prized for their nonstick qualities, which made them a mainstay in a staggering array of household and industrial products over the course of nearly a century. Mounting concerns about their health implications, however, have drawn alarm from regulators, lawmakers and the public, with several linked to cancer and other severe risks.

Water contamination has become a particular source of concern. The chemicals have entered drinking water systems nationwide, leading to uproar across communities and mounting pressure on officials to take action. But the scale of the pollution in waterways is a stark reminder of just how aggressive the contamination has become.

“The burden is placed on the government or members of the public to prove a substance is unsafe,” said Daniel Estrin, the Waterkeeper Alliance’s general counsel and advocacy director. He blamed “many decades of industry-friendly policies and practices” for the extent of the PFAS pollution detected by water monitors.

Also of concern is the severity of the chemicals found in U.S. waters.

Of the 35 compounds detected during the analysis, the most persistent were PFOA and PFOS, the two most notorious members of the chemical family. Those substances are linked to kidney and liver diseases, cancer, and other health problems. They cropped up at 70 percent of testing sites observed by the waterkeepers.

Current EPA interim health advisories say those compounds are only safe at “near zero” levels in drinking water — or 4 parts per quadrillion for PFOA and 20 ppq for PFOS (Greenwire, June 15). In their testing, water monitors observed levels much, much higher than those cutoffs. For example, they detected PFOS in Piscataway Creek, a waterway in Maryland that feeds into the Potomac River, a major Washington feature. That chemical was detected at 1,364.7 parts per trillion.

Another controversial chemical, HFPO-DA (better known by its trademarked name, GenX) also made an appearance. That compound has infamously contaminated water systems in North Carolina. Testing revealed the chemical in waterways in both Carolinas and Oklahoma. In one sample from the Cape Fear River, it was detected at 25.8 ppt, well above EPA’s health advisory of 10 ppt.

“The Clean Water Act was put into place to supposedly protect us from pollution like this,” said Jill Jedlicka, executive director for the Buffalo Niagara Waterkeeper.

But, she continued, “a new generation of emerging contaminants” is testing the ability of regulators to protect the public. “PFAS are in our water, our air, our food, our blood,” she said. “Yet we still don’t have federal standards in place.”

Addressing the scope of PFAS contamination in waterways poses immense challenges. Speakers on Tuesday argued that any path forward should involve regulation, building upon the current trajectory unfolding as the Biden administration takes aim at the chemicals.

EPA already intends to regulate PFOA and PFOS under the Safe Drinking Water Act, in addition to Superfund law, a move that will allow the agency to aggressively pursue responsible parties and require them to fund cleanup.

In announcing its plans to designate both compounds as hazardous substances under the Comprehensive Environmental Response, Compensation and Liability Act this summer, the agency emphasized that it would be seeking public input on designating other PFAS similarly under the statute (Greenwire, Aug. 26). Such a step could ultimately open the entire class of thousands of chemicals to significant litigation and regulatory authority.

Advocates have loudly supported such moves, but argued that EPA needs to move more quickly in cracking down on the entire family of chemicals. As part of their recommendations Tuesday, speakers said EPA should use CERCLA and water and waste statutes to bring the compounds in hand. One speaker even linked the PFAS crisis to a famous 1962 book by Rachel Carson laying out the risks of synthetic toxic substances.

“I think this is the new ‘Silent Spring,'” said Dominique Lueckenhoff, who leads sustainability work for the Hugo Neu Corp. and formerly served as a career official at EPA working on water policy.

While Lueckenhoff praised the Biden administration for moving with relative swiftness on PFAS, she and others argued more needs to be done, and quickly. They said the threat to waterways should underscore the severity of the crisis posed by the chemicals.

“Hopefully, all of this can be a wake-up call to our leaders,” said Jedlicka.