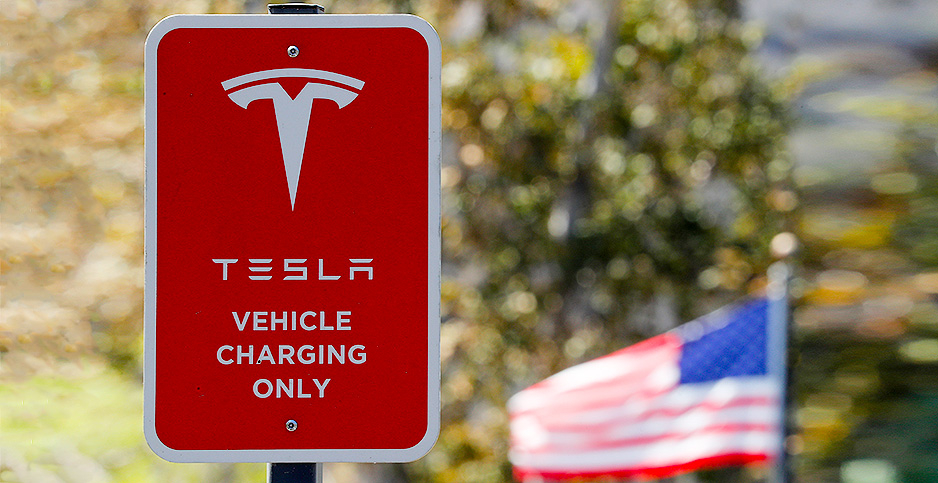 The practice, whose name is derived from "internal combustion engine," was observed over the holidays at a Sheetz gas station in Hickory, N.C.

"I’ve never had a supercharging experience like this one," wrote Leicina, who owns a Tesla Model 3. "These trucks blocked all the chargers, chanted ‘F’ Tesla, and were kicked out by a Sheetz employee."

She added, "Who do you report activity like this to? It was really uncomfortable."

It joins the similar practice of "rolling coal," in which people modify diesel engines to spew black clouds of soot. It’s used as a way of protesting environmental regulations.

The political affiliations of the pickup truck drivers are unknown. But Hickory is located in Caldwell County, where 74.1 percent of residents backed President Trump in the 2016 election.

The trend has garnered the ire of environmentalists. Dan Becker, executive director of the Safe Climate Campaign, called it "mean and stupid."

"I’m sure that pickup truck drivers wouldn’t want someone to slash their tires just because they’re driving a pickup truck that guzzles a lot of gas and pollutes their children," Becker said in an interview. "And I think it’s almost a form of vandalism because it’s preventing someone from being able to drive their vehicle."

He added, "Does it insult their manhood that they pollute more and therefore they want to attack vehicles that pollute less? I don’t understand their motivation."

ICE-ing has recently been observed in other parts of the country, as well.

In Bristol, Tenn., Reddit user freckletan shared a photo on Dec. 23, 2018, of a white pickup blocking Tesla chargers, saying, "Driving through Tennessee and see these ‘cool guys’ icing a supercharger."

The user added, "These guys parked in a Tesla charging spot with their gas (or diesel) truck, unhooked the charge cable, and laid it into their truck bed for ‘comedic’ effect. … It would be the equivalent of a Tesla parking at a fuel pump at a gas station and walking away."

The trend has also been documented in Texas, South Carolina and Delaware.

The practice appears to primarily target Tesla rather than other automakers. Tesla’s Model 3 has become a top-selling EV despite a year of self-inflicted drama by CEO Elon Musk (Energywire, Dec. 21, 2018).

Rolling coal remains illegal throughout the country. Sen. Richard Burr (R-N.C.) last year introduced the "Recognizing the Protection of Motorsports Act," S. 203, in an effort to decriminalize the practice. A co-sponsor was Sen. Jim Inhofe (R-Okla.), one of Congress’ most vocal climate skeptics.

Rep. Patrick McHenry (R-N.C.) introduced a companion bill in the House. But the measure ultimately failed to gain traction.