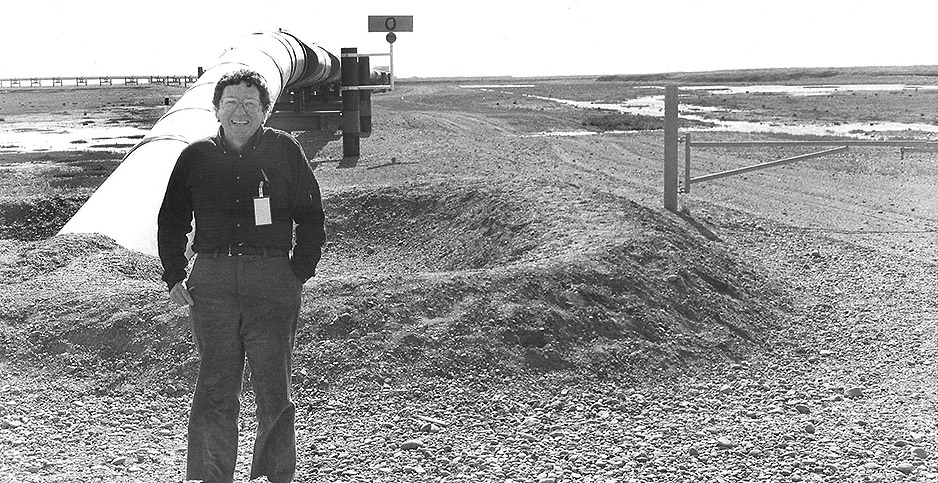 Philip Shabecoff, a longtime environment reporter, has covered Richard Nixon, Bill Clinton and every president in between.

Now, at age 84, he’d like to return to the news business to cover President Trump.

"I wish I were back in the White House again," he said in a recent interview. "I covered the White House during the Watergate end game, so I feel like I helped get rid of Nixon. I’d like to help get rid of Trump, who is far, far worse than Nixon."

Shabecoff, who’s now retired and living outside of Boston, was The New York Times‘ environment reporter until 1991, when he left the paper under pressure and went on to found Greenwire, which is now one of E&E News’ publications. He sold the outlet several years after its launch.

Shabecoff recently spoke to E&E News about his start in environmental journalism, why he thinks the Times owes him an apology and why he labels the Trump administration an "unmitigated disaster."

How did you get the environment beat?

I was assigned to the Washington bureau, and they asked me what I wanted to write about, and I said the environment. That was in 1970. … The bureau chief told me at the time, "Well, that’s not important enough for a full-time reporter in the Washington bureau, and besides, we need some help covering economics." It was not until I’d covered the White House that they let me cover the environment. And at first, not full-time. … It wasn’t until Reagan became president and Anne Gorsuch became EPA administrator and James Watt headed the Interior Department that it became a political issue as well as an environmental issue that they let me cover it full-time.

What were the most interesting storylines that you covered on that beat?

I think my first climate change story was in ’78 or ’79, and that was buried. The Times held it for a couple of months and put it on page 42 of the Saturday paper, which is as deeply as you can bury a story in the Times.

A decade later, I covered the hearing with [Colorado Democratic Sen.] Tim Wirth … [and NASA climate change expert] Jim Hansen. I had interviewed [Hansen] and knew him, and it was the first major splash. It led the newspaper. … I fully thought at that point there would be action on climate change, that the world governments would start doing something about it. How wrong I was.

Of course, there was the whole Gorsuch-Watt era, when they were trying to dismantle environmental regulations. … Eventually, they both had to resign, even in the Reagan administration.

There was hardly anybody, just a handful [of reporters]. A few of us started the Society of Environmental Journalists with just a handful, and now there’s about 1,500 or so, I don’t know the exact number. There’s a lot of talented environmental journalists out there now.

You know, I had to resign from the Times. Officially I retired, but I resigned because I was taken off the environmental beat in 1990 because my coverage about things like climate change was considered alarmist.

By the editors of my paper, who were no doubt influenced by advertisers, I suppose. I kind of feel that every time I read the latest report about climate change that they owe me an apology, but none is forthcoming.

How do you think that affected your career?

I was sort of angry — in retrospect, even angrier — because I was absolutely right about everything I wrote. But then I got to found Greenwire.

What occupies your time these days?

Hey, aren’t you going to ask me about Trump?

Yes. What’s your take on the Trump administration?

How do you think Trump has influenced environmental journalism?

I think he’s prodded it; I think he’s energized it. I think it was sort of fading for a while. I think there’s a lot of good reporting coming out of what he’s doing. Unfortunately, most of the journalism about the environment is horror stories.

Are you paying attention to Trump’s environmental officials, like Scott Pruitt and Ryan Zinke?

Of course. How not? It’s amazing how corrupt they are.

How would you compare them to the Gorsuch years that you covered?

Gorsuch and Watt seemed almost benevolent compared to these creeps. They did terrible things, but this guy is not only dismantling the Obama efforts, he’s sort of dismantling everything back through the Teddy Roosevelt era. … Why is Zinke still in office? He should be in jail, shouldn’t he? You’ll forgive me, I’m just furious. I covered environmental issues because I cared about them, and to see everything I wrote about being destroyed in front of my eyes.

What’s surprised you the most about Trump’s environmental policies?

I don’t understand how he can just walk away from an international treaty like that. He called it a scrap of paper; that’s very close to what Hitler said about his neutrality treaty with Belgium and the Netherlands. What surprises me most is that if there’s any bad thing that can be done, he’s doing it.

You’ve seen administrations come and go. Do you think that the Trump administration’s environmental policies will be long-lasting?