Pipeline in fatal blast had a dime‑sized hole in it 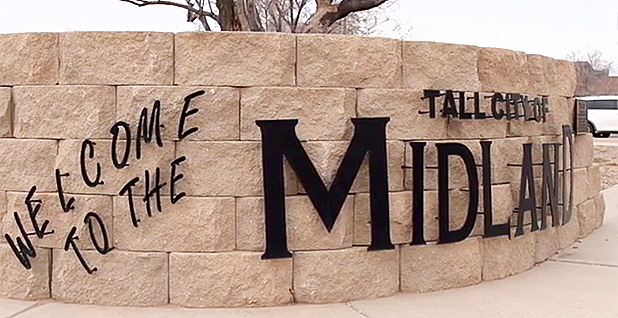 There have been two fatal pipeline blasts in the Midland, Texas, area in the past month. Midland Chamber of Commerce

A natural gas pipeline that exploded in Texas, killing a 3-year-old girl, had been leaking gas through a dime-sized hole for some time, records show.

Delaney Tercero, 3, died and her sister and parents were badly burned in the explosion. A gathering line owned by Targa Pipeline Mid-Continent WestTex exploded on Aug. 9 near their mobile home outside Midland, Texas. A posting by the Midland County Sheriff’s Office said Delaney would have turned 4 a week after the explosion and had been "looking forward to her first year at school." She died two days after the blast.

The Texas Railroad Commission (RRC), which regulates oil and gas rather than trains, sent inspectors to the explosion site. RRC records obtained by E&E News through an open-records request indicate that Targa had the pipeline excavated.

They found that the steel wall of the line and the tar coating that is supposed to protect it had been "compromised," according to the RRC incident report. There was a hole, three-eighths of an inch by five-eighths of an inch wide, that had been leaking for "an undetermined length of time."

The gas in the 10-inch-diameter pipeline was not odorized. The line was about 20 feet from the front of the family’s mobile home.

Targa hired a contractor to remove a 19-foot section of the pipe, and it was taken to a Targa location under "lock and key," the records state. The pipe will reportedly be sent to a laboratory for examination. RRC officials wrote that only Targa lawyers have access to the damaged pipe.

Targa plans to reroute the gathering line in the area, the report said.

Delaney’s 2-year-old sister, Dalayza, remains hospitalized at University Medical Center in Lubbock. Her parents, Auden Tercero, 32, and Lucia Cereceres, 29, were also airlifted there after the explosion. The Aug. 10 posting by the sheriff’s office said Cereceres was on a ventilator and Dalayza was considered "extremely critical" and on a breathing tube.

RRC spokeswoman Ramona Nye said the agency’s investigation is ongoing and "no final actions have been determined."

It was one of two fatal pipeline explosions in the Midland area last month. An Aug. 1 explosion sent five pipeline workers and two firefighters to the hospital. They had been responding to a gas pipeline leak. One of the pipeline workers, 63-year-old Bud Taylor, died two days later.