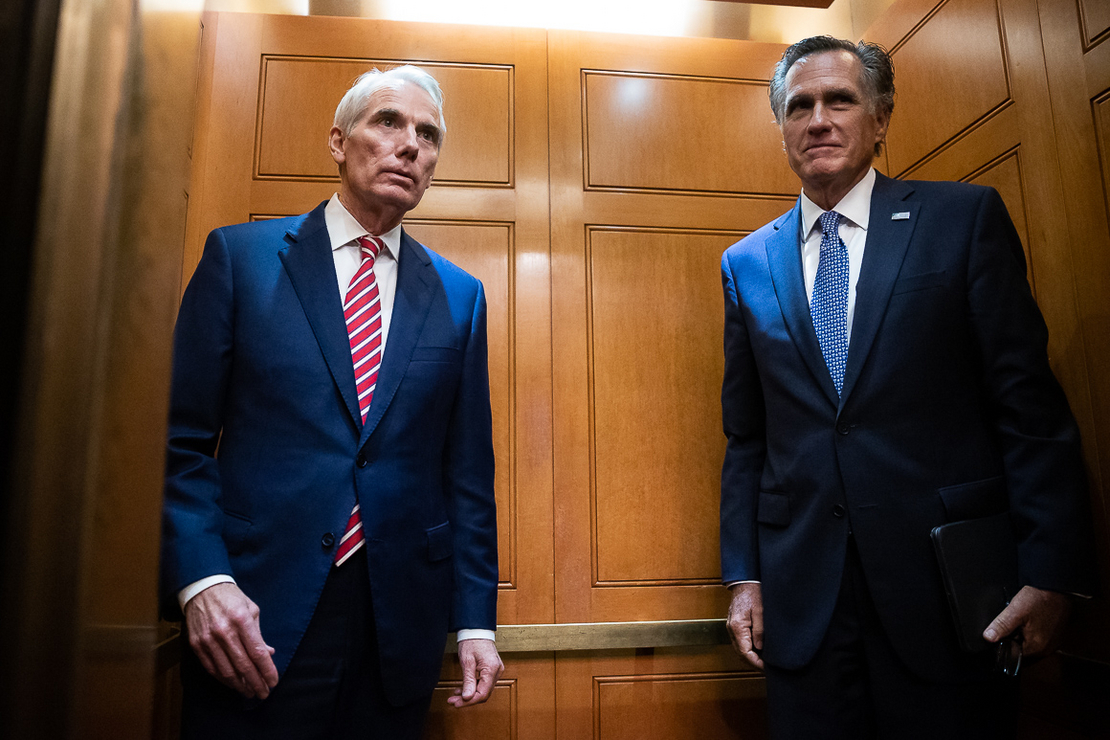 The Senate is barreling toward a showdown this week over a bipartisan infrastructure deal worth more than $1 trillion, with negotiators working to finish the text and see whether there are enough votes to move forward.

Senate Majority Leader Chuck Schumer (D-N.Y.) is planning a Wednesday procedural vote on the bipartisan infrastructure framework agreed to by the White House and 22 senators last month (Greenwire, June 24). Sixty voters, likely all 50 Democrats and 10 Republicans, would be needed to avoid a filibuster and move ahead with debating it. Negotiations continued over the weekend, but no final accord was announced.

Republicans involved with the talks said yesterday they were not yet ready to commit to backing the plan, saying details were not yet finalized. They suggested Schumer might have to move back the vote Wednesday to buy more time for talks.

“We’re still working on it. It’s more important to get it right than to meet an arbitrary deadline,” Sen. Rob Portman (R-Ohio), one of the leaders of the bipartisan efforts, said yesterday on CNN’s “State of the Union.”

Portman said he had spent the weekend talking with both the White House and other senators about the main sticking point: how to pay for the bill. He said a plan to come up with $100 billion through increased IRS tax enforcement has been dropped following conservative resistance.

Portman said he had been talking with both the Congressional Budget Office and Joint Committee on Taxation about other possible pay-fors, noting there are “other ways to do this.”

Sen. Bill Cassidy (R-La.), who is involved with the talks, said on “Fox News Sunday” that a deal was still possible by Wednesday, but he stressed Republicans won’t vote to move ahead with debate without an accord. “I don’t know how you have a cloture vote when you don’t have the pay-fors established,” Cassidy said.

Democrats last week were optimistic the bill would be ready by Wednesday. Schumer has insisted on an accelerated timeline to avoid jeopardizing President Biden’s agenda. His plan is to have major parts of infrastructure reform passed before the August recess.

White House press secretary Jen Psaki said she would defer to Schumer on the process but referenced upbeat comments from senators in both parties involved in the talks.

“I will note that the president is quite familiar with the roller coaster and ups and downs of legislating, having spent 36 years there and even having had some successes over the last few months and working with legislators,” she told reporters Friday.

Energy and Natural Resources Chair Joe Manchin (D-W.Va.) said his staff was closing in on legislative text for the bipartisan deal based on the $95 billion energy package that advanced in committee last week (E&E Daily, July 15).

Manchin’s bill was endorsed Thursday by the Business Roundtable, which said it aligns with the group’s climate and energy policies. “This legislation supports the energy infrastructure of tomorrow by including grid security and modernization, increasing energy efficiency, and by making significant investments in research, development and demonstration of clean energy technologies,” the group said in a statement.

Environment and Public Works Chair Tom Carper (D-Del.) said aides were prepping the panel’s surface transportation reauthorization bill, S. 1953, for inclusion in the bipartisan package, along with the $35 billion water infrastructure bill, S. 914, that passed the Senate in April.

Senate Democrats are also facing a Wednesday deadline for rallying around the $3.5 trillion budget resolution that was agreed to last week by leaders and Budget Committee members (E&E Daily, July 15). The plan is to pass it through the process of reconciliation with only Democratic votes.

But the Democrats-only plan falls short of the more ambitious spending sought by progressives, including Budget Chair Bernie Sanders (I-Vt.), who was reportedly seeking a $6 trillion budget resolution.

The smaller number reflects the pressures from moderates within the Democratic caucus who are mindful of the growing deficit. Still, in announcing the plan, Sanders called it a “big deal” for climate and said the plan would “begin the process of having this great country lead the world in transforming our energy system.”

Major climate features are expected to include a clean electricity standard that aims to limit the power sector’s emissions by 50% by 2030, while transitioning the mix to 80% cleaner sources by the same date.

It will also include a Civilian Climate Corps, new methane fees and carbon border adjustment tariffs. One hurdle in getting all 50 Democrats on board remains Manchin, who called the climate provisions “very disturbing.”

Progressives, meanwhile, have not ruled out opposing the plan but for now seem to instead be focused on adding provisions to the legislation once it moves to the House.

The Sunrise Movement, the progressive group that has pressed for a deal with major climate provisions, said Friday it would not support a deal unless it also carries a significant immigration overhaul.

“Let me be clear: when we say ‘no climate, no deal,’ we mean ‘no protection for Dreamers, [temporary protected] status, and farm and essential workers, no deal.’ We mean: no citizenship, no deal,” said Evan Weber, the Sunrise Movement’s political director, in a statement.