Plan hatched to save a mussel that’s left political tracks 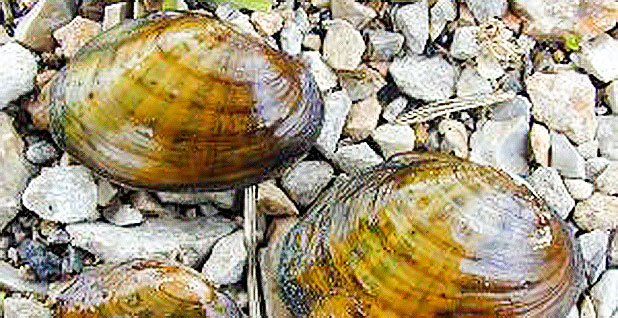 The Neosho mucket is found in only four river basins in Arkansas, Missouri, Kansas and Oklahoma. Fish and Wildlife Service

The Neosho mucket is an unassuming mussel with a large political footprint, and now there’s a plan for its eventual recovery under the Endangered Species Act.

For Arkansas farmers and politicians, this is a reminder and possibly a revival of past controversies. For the roughly 5-inch-long freshwater mussel, listed as endangered since 2013, this may be a matter of life and death.

Following an earlier struggle over critical habitat, the Fish and Wildlife Service today announced its draft recovery plan for the species.

"The goal of this recovery plan is to ensure the long-term viability of the Neosho mucket in the wild to the point that it can be removed from the federal list of endangered and threatened wildlife," FWS stated.

In the notice to be formally published tomorrow in the Federal Register and open to public comment for 60 days, the agency explains its goal will require establishment of "naturally self-sustaining populations with healthy long-term demographic traits and trends."

Experience with other species shows how hard the effort can be.

Between 1997 and 2017, the Fish and Wildlife Service delisted 42 species following their recovery and NOAA Fisheries delisted 12 recovered species, according to a recent FWS study. During the same period, the two agencies added a total of 836 species to the ESA list (Greenwire, Aug. 15).

Originally found in Arkansas, Kansas, Oklahoma and Missouri, the Neosho mucket has now been wiped out across an estimated 62 percent of its historical range, according to FWS. Dams, sedimentation, chemical contaminants, oil and gas development, and invasive species have all taken a toll.

FWS in 2015 designated a total of 483 miles in seven rivers and one creek as critical habitat for the Neosho mucket.

The revised critical habitat designation coincided with one for the rabbitsfoot mussel; together, the size of the two areas had originally alarmed some influential Arkansas residents, who leaned on FWS (E&E News PM, Aug. 29, 2015).

Citing the "scope of the proposed critical habitat designations, the potential impact on Arkansas and other states, as well as the flawed process," four members of the Arkansas congressional delegation had written FWS in 2014 urging that the two critical habitats be made smaller.

Federal officials responded by shrinking the two critical habitats by a total of 27 percent, with most of the reduction targeting the rabbitsfoot mussel’s area.

FWS said that, "If all actions are fully funded and implemented as outlined, including full cooperation of all partners needed to achieve recovery, we anticipate delisting could be achieved by 2049,” adding that “the estimated costs associated with implementing recovery actions for delisting are $9,792,000.”