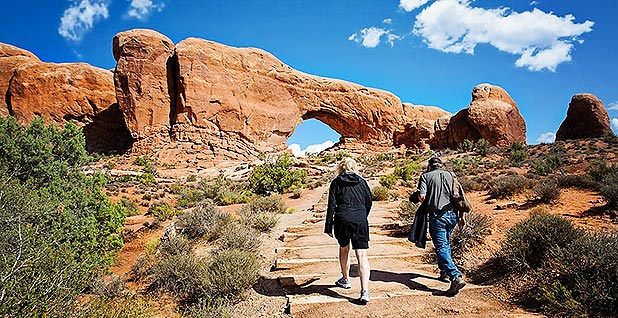 It suggests that parks across the country have been quick to respond to Interior Secretary Ryan Zinke’s call to boost fees as a way to pay for long-delayed maintenance projects in the 417 national park sites.

Maureen Finnerty, chairwoman of the Coalition to Protect America’s National Parks, a group that represents more than 1,400 current and former NPS employees, said "the enormity of the increases exceeds any increases in the history of the National Park Service."

"We were shocked when we read the administration’s proposal," she said. "Fees alone are not the answer to the budget problems."

"The maintenance backlog has grown because the Park Service has been inadequately funded to deal with its physical facilities for a long time, for decades," he said. "And you’re not going to catch up with a fee program unless you price these things completely out of reach — and that would be a tragedy."

Jeremy Barnum, the NPS acting chief of public affairs, defended the price hike, saying only 118 of the 417 national park sites now charge entry fees, while it’s free to get into the remaining 299 sites. And he said that entry fees even predate the creation of the Park Service in 1916.

Barnum said that none of the separate plans announced earlier by individual parks would be affected by this week’s proposal, which only deals with peak-season fees.

"That’s not adequate," said Jarvis, who’s now the executive director of the Institute for Parks, People and Biodiversity at the University of California, Berkeley.

Arizona Democratic Rep. Raúl Grijalva, the ranking member of the House Natural Resources Committee, said the proposal comes after Trump’s budget for 2018 called for a 13 percent cut to NPS. He asked the administration to work with Congress to increase federal funding for the parks instead of hiking fees.

Washington state Democratic Sen. Maria Cantwell, the ranking member of the Senate Energy and Natural Resources Committee, tied the issue to Zinke’s use of charter and military flights while in office. Zinke defended his travels last month.