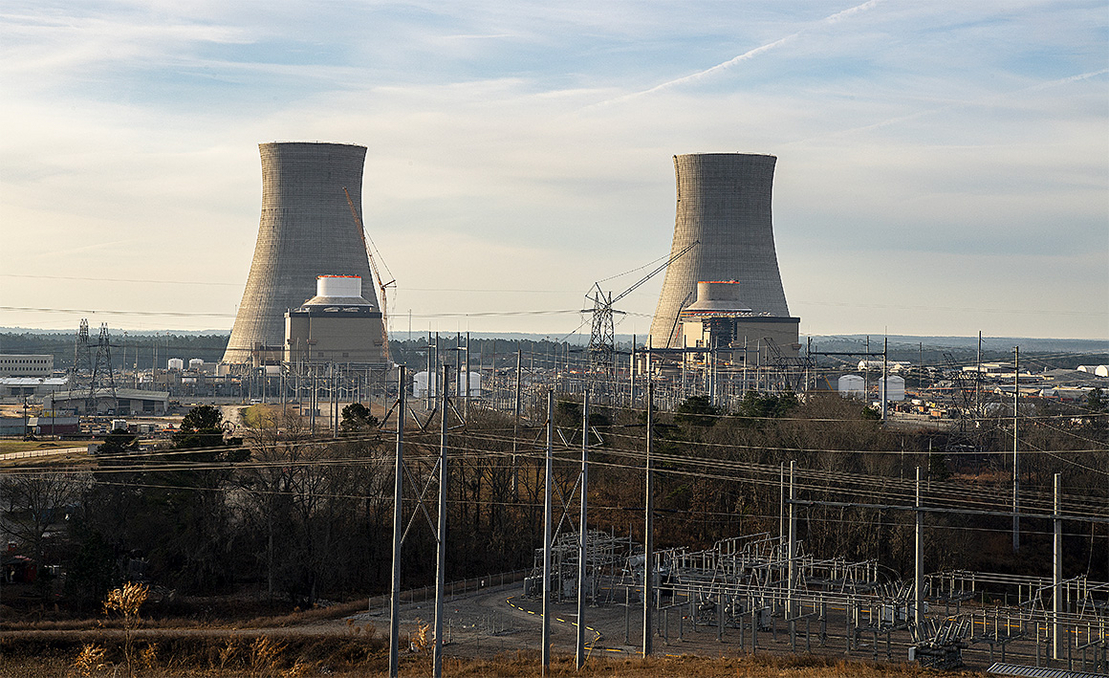 Southern Co. yesterday announced another delay for its long-troubled nuclear construction project in Georgia, edging its costs closer to the $30 billion mark.

The setback could now push the startup date for Plant Vogtle’s first reactor until early 2023 and move the date for the second one to later that year. The costs for Plant Vogtle’s two reactors have now risen to the point that Southern should absorb every dollar instead of sharing that burden with the other developers — and passing it on to customers.

Plant Vogtle’s latest move highlights the nuclear industry’s chief troubles with building large, baseload reactors: safety and cost. To be clear, Southern executives have blamed this new hiccup on paperwork, saying that workers were gathering it to send to federal safety regulators and noticed critical inspection records were missing or incomplete.

The pile of missing or incomplete documents added up to a delay of three to six months, Southern said. That additional time is costing $920 million.

“We’re a little frustrated with the latest developments,” Southern Co. CEO Tom Fanning said yesterday in an interview. “[The first unit] is on the doorstep of loading fuel and going into service.”

Fanning talked of “great momentum” at the construction site since November. He said the company was looking forward to receiving the Nuclear Regulatory Commission’s permission to load fuel rods into the reactor, the last major step before it can start producing electricity.

But workers realized “tens of thousands” of critical documents were missing, leading to a three-month backlog, Fanning said. Officials have cut that time down by 30 percent, he added.

“We’re fixing that part of the ‘paper’ process,” he told E&E News.

Vogtle started for one reason and is being finished for another. The reactors were supposed to be the answer for baseload electricity as coal was falling out of favor, natural gas prices were high and renewables were in their nascent stages.

Now, the gigantic reactors could offer 2,200 megawatts of emission-free baseload electricity as Southern and the nation shift away from fossil fuels.

“When we build this thing, get it in service … we’re going to be proud of it for decades to come,” Fanning said during a conference call with Wall Street analysts during the company’s fourth-quarter earnings presentation yesterday. “We look forward to getting the project behind us and getting into 2024.”

‘I wish we had found it sooner’

Major construction on Vogtle began in 2012 with a $14 billion price tag and expected startup dates of 2016 and 2017. A series of contractor delays, a litany of rework, problems with finishing individual tasks on time and the bankruptcy of reactor designer Westinghouse Electric Co. LLC have doubled the project’s costs.

Given the project’s troubles combined with how close the first unit was to producing electricity, analysts on yesterday’s call expressed frustration.

“I know you knew all along that the paperwork and the [paperwork] trail of that was super-important,” said Steve Fleishman, an analyst with Wolfe Research LLC. “Can you give us a little flavor to what has gone on here; obviously it was something you were very focused on from the beginning.”

Fanning agreed, again saying he and others were frustrated.

“I get up every morning, go throughout the day and in the middle of the night, thinking about Vogtle and what we can do,” he said.

Vogtle is the lone nuclear construction project in the U.S. and involves the first set of reactors to be built from scratch in decades. While the reactor design was supposed to be a template for dozens of others, it isn’t — and Southern is having to wade through a whole new construction and regulatory process on its own.

“This is the first nuclear documentation that [the industry] has had to do in 40 years,” Fanning said. “I wish we had found it sooner, but we didn’t.”

Developers learned of Vogtle’s new cost and schedule on Sunday. The schedule increase now requires the electric companies to officially vote whether the project should keep going, based on a 2018 agreement.

Southern subsidiary Georgia Power Co. has already agreed to move forward, Fanning said yesterday. The other owners — Oglethorpe Power Corp., the Municipal Electric Authority of Georgia and Dalton Utilities — are going through their separate governance processes. They must decide by March 8.

“Oglethorpe Power and its members are deeply invested in the success of the nuclear units that will provide 60-80 years of emission-free energy, and we do not expect the project to be stopped,” the electric utility said in a statement. “However, before we cast our vote, we will take the time to fully digest and analyze a budget increase of this significance. Anything less would be a disservice to our member-consumers.”

There is a separate dispute over money, however. At issue is that 2018 ownership agreement, which states that Southern and Georgia Power will take on more risk should Vogtle’s construction costs rise above certain thresholds.

Now, Southern and the owners do not agree on two things: whether they’ve reached that monetary benchmark that would let the other developers tender a portion of their ownership share in megawatts in exchange for not paying anymore for Vogtle, and how much Covid-19-related costs played a role.

“The co-owner agreement is very clear that force majeure related costs (including COVID) have no impact on [this] provision,” Oglethorpe Power said in a statement.

Southern executives said nothing other than an agreement hadn’t been reached.

Southern’s Georgia Power unit wrote off $920 million for costs associated with Vogtle. This includes $480 million of the electric company’s share of increased costs as well as $440 million of incremental costs that the utility is expecting to pay.

But it may wind up paying another $460 million, depending on the outcome of what Oglethorpe and the other utilities decide to do.

While Georgia Power customers have been bearing the brunt of Vogtle’s costs, Southern said in a regulatory filing that won’t be the case with these costs.

“The incremental costs associated with these provisions will not be recovered from retail customers,” said the document, filed with the U.S. Securities and Exchange Commission.

This is the second public cost dispute between Southern and the public power utilities. The first was when the costs jumped $2.1 billion, leaving Vogtle’s future hanging in the balance while the utilities hashed out a new cost-sharing agreement.

Southern is building a small experimental nuclear reactor in Idaho using technology from TerraPower, a company backed by Microsoft Corp. co-founder Bill Gates. The company is likely eyeing the 2035-2040 time frame to add such reactors to its power grid, should they be developed and built to scale before then.

They are cost-competitive with natural gas combined with carbon-capture technologies, Fanning said.

“So, depending on how the technology and cost evolves, you’ll either see us do combined-cycle natural gas with carbon capture or pursue new Gen IV reactors,” Fanning said, adding that he’s discussed the Energy Department putting more money into this new wave of reactors, with Energy Secretary Jennifer Granholm and Deputy Secretary David Turk.