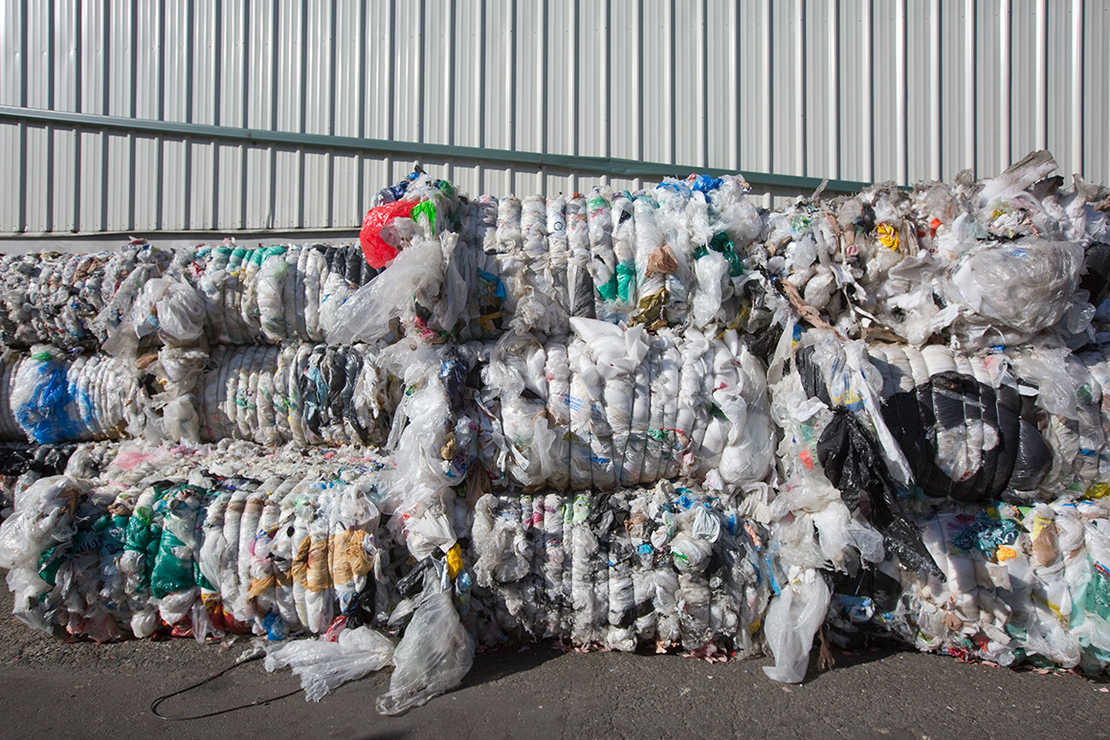 Plastics production is on track to become a major source in driving climate change, according to a report out today that finds the industry will outpace coal in greenhouse gas emissions within a decade.

The findings, which stem from a project with Bennington College in Vermont and the environmental group Beyond Plastics, show that the U.S. plastics industry is quickly gaining on more traditional sources of greenhouse gas emissions and that plastics are already a significant source, with the petrochemical industry rapidly growing.

That never-before compiled data is being released as nations prepare for the U.N. climate summit, known as COP 26, in Glasgow, Scotland, next month. During a press conference today, Beyond Plastics President Judith Enck, a former EPA regional administrator, argued that global leaders should be paying more attention to the relationship between plastics and climate change, as should Congress.

“Our report has found that plastics is replacing coal as a major source of atmospheric greenhouse gas emissions,” Enck said, noting that while there is “general awareness” about the issue in government and the business world, “a lot of people don’t fully understand is how plastics is intimately connected to climate change.”

That lack of knowledge comes with steep consequences. “The health impacts of the emissions are disproportionately borne by low-income communities and communities of color, making this a major environmental justice issue,” she said.

According to the report, the United States emits a minimum of 232 million tons of greenhouse gases annually — on par with 116 traditionally sized coal power plants. That number is also set to grow quickly after a 10-million-ton increase from 2019 to 2020. With construction underway on 12 plastics facilities, and with 15 more planned as the petrochemical industry ramps up, the report estimates that emissions could see a 40-million-ton increase over the next five years alone.

The authors reached their conclusions through analyzing 10 “high-impact” stages of plastics production. Those include hydraulic fracturing for plastics and transportation of fracked gas; ethane gas crackers; plastics feedstock and polymer and resin manufacturing; export and import of plastics; and foamed plastic insulation. Chemical recycling technologies, plastic waste incineration and plastics entering water round out the list.

Looking at those processes, they determined that plastics production’s climate footprint will surpass the troubled coal industry by 2030, using May 2021 data from the Institute for Energy Economics and Financial Analysis regarding the decline of coal.

Implications of that uptick in emissions are particularly stark for low-income communities and people of color. The report notes that of the greenhouse gas emissions reported in 2020 by the U.S. plastics industry, 90 percent occurred in 18 communities where residents earned almost 30 percent less than the average household. Affected residents were also almost 70 percent more likely to be people of color and were disproportionately concentrated along the Texas and Louisiana coastline, home to a petrochemical corridor dubbed “Cancer Alley.”

Earlier this month, a study released by Back to Blue, an ocean health initiative of Economist Impact and the Nippon Foundation, found that the United States generates more plastic waste than any other country (Greenwire, Oct. 7). That finding, coupled with company failures to make strides on plastics pollution, creates a grimmer picture for Beyond Plastics’ findings (Greenwire, Sept. 30).

A spokesperson for the Plastics Industry Association accused Beyond Plastics of cherry-picking its data and working against U.S. economic interests.

“Plastic is lighter and more durable than alternatives and reduces the overall weight of products. Lighter products require less fuel to transport. That’s a fact,” the spokesperson said via email, citing a 2020 Imperial College London study. That study, commissioned by Veolia, a waste management company, found that the life cycle of plastics performs better from a carbon emissions standpoint than a number of alternatives.

“If plastic packaging were replaced with other materials, waste and energy consumption would double, and weight and costs would quadruple,” the spokesperson asserted.

“Plastic packaging generally requires less material to perform the same function and is lighter to transport compared to alternatives such as glass, metal and paper,” Baca said.

A major source of consternation for environmental groups is chemical recycling, which is sometimes referred to as advanced recycling by members of the industry.

That collection of technologies seeks to address issues around hard-to-recycle plastics, purportedly stripping them down to the chemical level so that they can be used again. Proponents argue that chemical recycling is critical to solving the plastics crisis, but critics have long held that the technologies are not proven at scale and largely lead to plastics-to-fuel operations that contribute emissions and expose communities to pollution.

As an example, the authors note that New Hope Energy in Tyler, Texas, sells pyrolysis oil to petrochemical companies including Chevron Phillips Chemical. At full capacity, the report estimates, “New Hope Energy pyrolysis could release more than 16,000 tons of carbon dioxide each year.” The subsequent burning of that material, it states, could release some 200,000 tons of emissions annually.

New Hope Energy did not immediately respond to a request for comment. But Baca of ACC, whose organization has lobbied for chemical recycling technologies, defended them in his response to the report. “Advanced recycling technologies are manufacturing processes that can create new products from used plastics without burning or incineration,” he said, arguing that the findings “neglect” to show the importance of that area.

The report also notes the presence of additives in plastics, including per- and polyfluoroalkyl substances, which can add to emissions. Fluorochemical production sites operated by PFAS manufacturers have been found to emit significant greenhouse gases, according to a report from advocacy group Toxic-Free Future. Internal EPA documents have also shown concerns among career staff over the presence of the chemicals in fracking processes (Greenwire, July 12).

Outside of their climate implications, plastics remain an ongoing headache for lawmakers and regulators under tremendous public pressure to crack down on the material.

A wave of legislation has aimed to address the crisis, taking a range of approaches and tactics. Some industry-backed bills focus on recycling in particular as a means of addressing plastics pollution and marine debris (E&E Daily, Sept. 23).

“Break Free From Plastic Pollution Act” co-sponsor Rep. Alan Lowenthal (D-Calif.), who is also co-chair of the Safe Climate Caucus and vice-chair of the Climate Solutions Caucus, said in a statement to E&E News that the report underscores the need for his bill’s passage.

“Making matters worse is that, as we have seen with the COVID–19 pandemic, the most vulnerable populations in our country — largely communities of color and immigrant communities — are, and will continue to be, the most disproportionately impacted by this pollution,” Lowenthal said. “We must end this growing threat now and continue building toward a more sustainable economy.”

Lowenthal’s partner on the Senate side, Sen. Jeff Merkley (D-Ore.) similarly made an appeal for his bill. “Changing course on plastics isn’t just important for public health and the environment, it’s also existentially important to tackling climate chaos and environmental justice,” said Merkley, adding the report “makes it abundantly clear” that his plastics crackdown bill is needed.

Another lawmaker prominent on plastics issues, Sen. Sheldon Whitehouse (D-R.I.), pointed to the report as a further incentive to pass the “Rewarding Efforts to Decrease Unrecycled Contaminants in Ecosystems (REDUCE) Act,” S. 2645, which has been floated for the Senate’s reconciliation bill (E&E Daily, Sept. 29).

“The biggest plastics makers are responsible for a massive amount of pollution, which is fouling our oceans and atmosphere at an alarming rate,” Whitehouse said. “It’s time those polluters covered the cost of their mess.”

Today’s findings about plastics and climate change notably come the same week as two new reports on plastic waste from the Organisation for Economic Co-operation and Development, an intergovernmental organization.

The first looked at the implications of different policy approaches to tackling single-use plastic waste and found that taxes and charges on those items helped reduce littering. The second targeted microplastics in water and determined that a mix of policies targeting different entry points throughout the plastics life cycle is preferred for overall reduction — with minimizing emissions at the source being the most impactful.