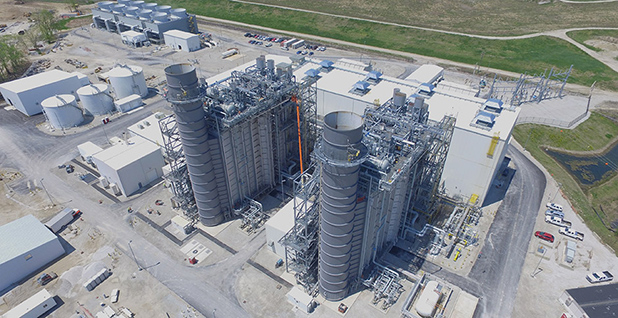 Once just thought of as heating fuel for Midwestern homes, natural gas stepped up and played a larger role by helping stabilize the power grid during last week’s deep freeze.

As of last Wednesday evening, as subzero temperatures gripped much of the Midwest, there was more than 32 gigawatts of gas generation running on the Midcontinent Independent System Operator’s power grid, according to MISO data.

That’s more than twice the amount of gas-fired power on the system just five years earlier during the polar vortex on Jan. 6, 2014, when MISO set a system record for electricity demand.

To be sure, coal is still king of the Midwestern grid, and less-efficient coal plants that rarely run during winter were pressed into service last week as coal plant output reached 41 GW. But like an aging running back who can no longer carry every down, last week’s Arctic blast showed that the region’s coal fleet isn’t the workhorse it once was.

If anything, last week’s extreme weather offered a snapshot of a power grid in transition, another data point in a running debate over grid resilience and reliability.

By all indications, MISO’s grid fared well. And last week did little to support the argument that replacing baseload coal and nuclear plants with natural gas and intermittent wind and solar generation is risky business.

"Even when you had minor incidents like a fire at a gas compressor station in Michigan, you still saw a system perform very well," said Todd Snitchler, vice president of market development at the American Petroleum Institute.

Kyle Archer, manager of data integrity of North American power for Genscape Inc.,which tracks the performance of just over half of the plants operating across the United States, said both coal- and gas-fired generation from the Great Plains to the East Coast ramped up in response to higher demand and power prices last week.

Archer identified at least five coal plants across MISO that increased their output by at least 200 megawatts from the start of last week through Thursday. The list includes three plants in Iowa, one in southern Illinois and one in Indiana.

"That’s the market functioning in precisely the way it should," said Snitchler, a former chairman of the Public Utilities Commission of Ohio.

The change is happening more slowly in MISO because all but one of the 15 states in the grid operator’s footprint are vertically integrated. The exception is Illinois.

That means utilities own power plants, and state utility commissions in the Midwest have say over whether to retire coal units and what new plants get built. And those decisions are made years in advance, typically guided by long-range integrated resource plans (IRPs).

"The grid operators, the engineers, can solve any problems with enough time, and the states and IRP processes give them that time," Moore said.

An example is MISO’s ability to integrate more wind energy, which has blossomed in the Midwest because of state renewable energy programs and the federal production tax credit.

MISO has also adapted to changes in utility fleets by adding new transmission to move energy around the region and through increased coordination with natural gas pipelines.

Coordination between the gas and electric sectors, in particular, grew out of the 2014 polar vortex when some gas-fired generating units couldn’t secure fuel amid high demand for home heating.

The 2014 polar vortex continues to be cited today as the Trump administration seeks to prevent coal and nuclear plant closures on grounds that an increasing reliance on natural gas is a national security risk.

Genscape said the extreme cold did lead to forced outages, including an Indiana coal plant that tripped offline Wednesday morning. And in PJM, a reactor at Public Service Enterprise Group’s 1,000-MW Salem nuclear plant in New Jersey was shuttered because ice clogged the screens protecting its cooling water intake.

Overall, PJM saw a slightly greater level of forced outages than normal, but only about half the level experienced during the 2014 polar vortex, when 22 percent of capacity was idled because of mechanical issues or lack of fuel.

A report from the grid operator yesterday said forced outages affected 10.6 percent of total generating capacity Thursday, including almost 3,000 MW of gas generation that didn’t run because of a lack of fuel.

MISO, meanwhile, hasn’t disclosed how much generating capacity was forced offline because of the cold last week.

But even in areas such as Michigan, where the compressor station fire led to a supply squeeze and calls for energy conservation, there was little effect on the ability of electric generators to meet demand.

Consumers Energy Co. CEO Patti Poppe said during a conference call with reporters last week that the utility did curtail gas supply to a "couple of plants" after the fire, which cut off access to its largest gas storage field near Detroit.

"The grid was in stable condition at the time," Poppe said, adding that the plants were able to get fuel from another source or were unneeded.

Whatever the outcome of polar vortex postmortem reports, the move away from coal will continue.

Large utilities across the Midwest such as Consumers Energy, DTE Energy Co., Northern Indiana Public Service Co., Ameren Corp. and Xcel Energy Inc. have announced pending coal retirements in the coming years and will add some mix of gas, wind and solar capacity in their place.

Sam Gomberg, a senior energy analyst with the Union of Concerned Scientists, said the ongoing transition to cleaner energy in MISO will require continued coordination among utilities, renewable energy developers, states and the grid operator.

But there’s no reason MISO can’t continue the shift to cleaner fuels — and even do so at a faster pace, Gomberg said.

"It all comes down to proper planning and proper market signals to get the products you need," he said. "Those are really the keys to keeping the lights on as we continue to retire coal plants."