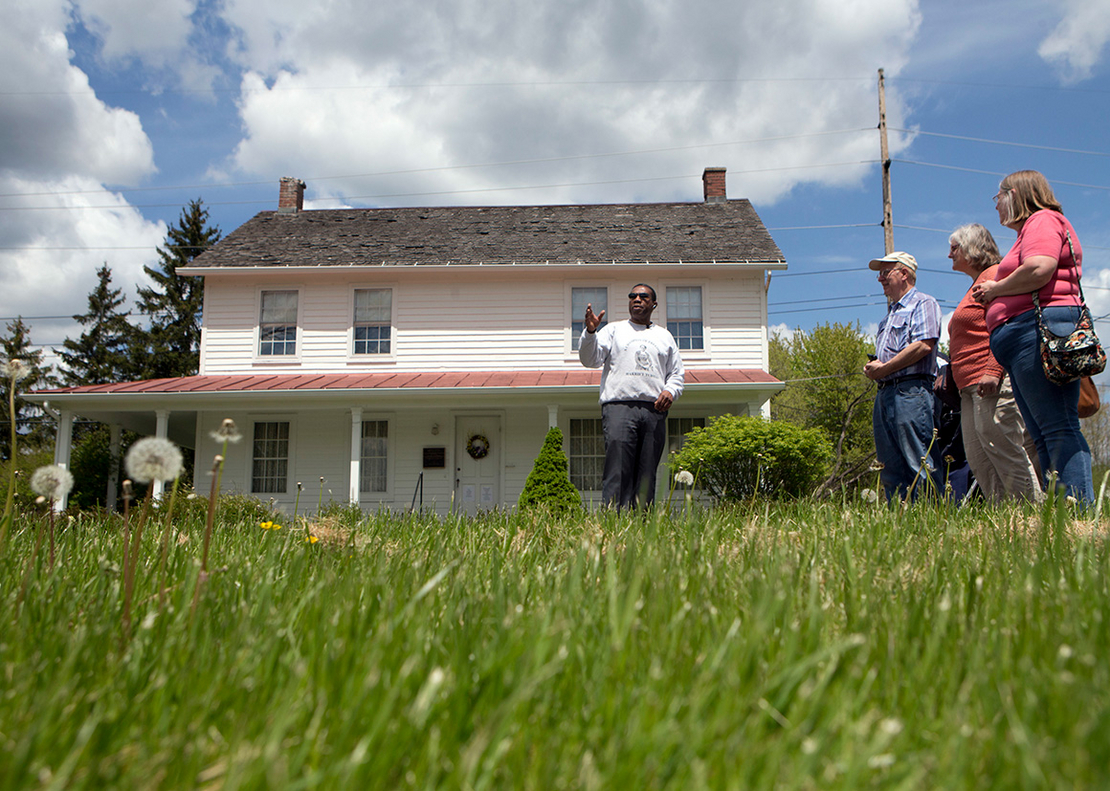 As the nation marks the 200th anniversary of the birth of Harriet Tubman, politicians are scrambling to pay homage to the abolitionist and activist whose likeness may someday replace President Andrew Jackson on the $20 bill.

In Auburn, N.Y., where Tubman died on March 10, 1913, seven months of bicentennial celebrations are planned. In addition, Tubman’s New York home, which is also a national historical park, would benefit from the sale of new commemorative coins bearing Tubman’s image, under a bill sponsored by Sen. Jacky Rosen (D-Nev.) that passed the Senate last month.

And in yet another salute linked to Tubman’s work, Ohio Sens. Sherrod Brown (D) and Rob Portman (R) want Congress to approve a study to determine whether a popular Midwestern stop on the Underground Railroad — the John J. Parker House in Ripley, Ohio, the home of another former slave who became a conductor on the railroad — should become part of the National Park Service.

Tubman, the only woman to have two NPS park sites dedicated in her honor, secured her spot in history as the most famous conductor of the Underground Railroad after she escaped from a Maryland plantation and fled to Philadelphia in 1849.

She then led more than a dozen dangerous missions to liberate at least 70 other enslaved people, guiding them from slave-holding states to safer locations. Some historians have pegged the number at more than 300.

One irony in the birthday celebrations is that no one knows exactly when Tubman was born, since no official records exist.

Many historians believe she was born to enslaved parents between 1819 and 1823, given the name Araminta Ross and then nicknamed “Minty.” A 1990 resolution sponsored by then-Sen. Joe Biden (D-Del.) that passed Congress and declared March 10 as Harriet Tubman Day put her birth date “in or around 1820,” while the National Park Service and many others say she was born in 1822.

As part of today’s events, the Interior Department said Haaland would be in Church Creek, Md., this afternoon to commemorate Harriet Tubman Day “by visiting sites that speak to the department’s ongoing efforts to better tell America’s story.”

Last April, Haaland announced 16 additions to NPS’s National Underground Railroad Network to Freedom program, bringing the total to nearly 700. She said the sites remind Americans “of the dark pages in our history books” while highlighting the strength and resilience of Black communities.

While the plan to put Tubman on the $20 bill was delayed by the Trump administration, the Senate vote last month would require the Treasury Department to mint and issue $5 gold coins, $1 silver coins and half-dollar copper-nickel-clad coins in Tubman’s honor.

After the vote, Schumer said that producing the new coins would help preserve her home in Cayuga County, N.Y., while ensuring that Tubman’s story “continues to receive the recognition it deserves.”

With New York and Maryland both eager to claim Tubman as one of their own, the two states have lined up a long list of bicentennial events, including exhibits, tours, living history interpretations and other family activities.

“We are excited to invite everyone here to learn more about the life of Harriet Tubman, why she settled here, and the 50 years she lived here,” Auburn, N.Y., Mayor Michael Quill said.

Maryland Republican Gov. Larry Hogan offered a salute on Twitter this morning, saying that “Maryland native Harriet Tubman heroically led so many men, women and children to freedom” and that Harriet Tubman Day marked a time to “honor her incredible life and ensure that her legacy continues to live on.”

Meanwhile, the bill introduced by Ohio’s senators that could make the John J. Parker House a new NPS unit would honor the achievements of John J. Parker, who was born into slavery in 1827 in Virginia and then was bought and sold several times before he was freed in 1845.

Parker then became a successful businessman in Ohio and helped support the abolitionist movement on the Ohio River.

“May other Americans be inspired by his courage, ingenuity and selflessness,” Portman said.

The bill, S. 3685, the “John J. Parker House Study Act,” would require NPS to conduct a special resource study to determine whether the site should be added to its portfolio, but Congress would then still get the final say.