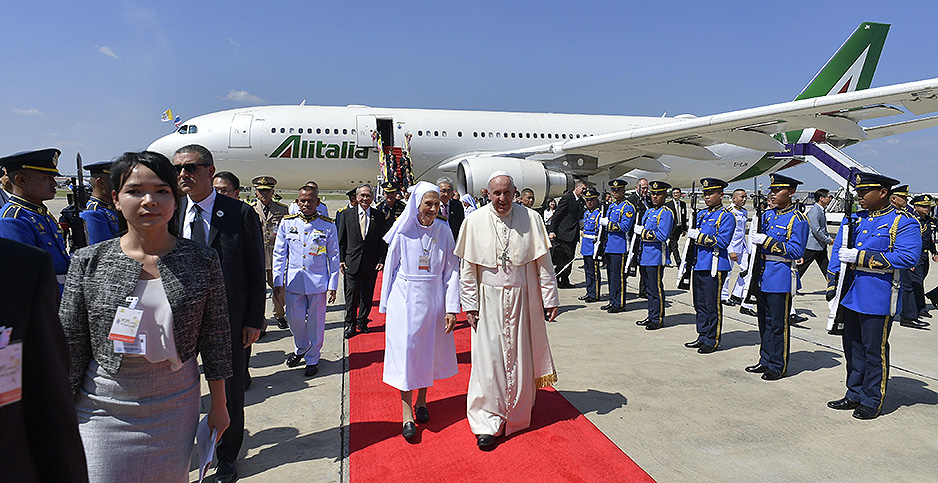 In weighing whether to add "sins against ecology" to the Catholic Church’s official teachings, Pope Francis is bolstering not only his climate credentials, said religious experts, but also his approach to environmental justice.

During a speech Friday at the Vatican, Pope Francis said it was a "duty" to add the "ecological sin against the common home" to the church catechism. His speech came during the 20th World Congress of the International Association of Penal Law.

The pope told the crowd of legal experts that ecological sin is an "action or omission" against God, the community and the environment.

"It is a sin against future generations and is manifested in the acts and habits of pollution and destruction of the harmony of the environment," he said.

John Carr, founder and director of the Initiative on Catholic Social Thought and Public Life at Georgetown University, said while the pope’s statements were an important development, they reflect a growing focus within the Catholic Church on care for creation.

He said both Pope John Paul II and Pope Benedict XVI, who was known as the Green Pope, put an increasing emphasis on environmental themes. Pope Francis previously dedicated an entire encyclical, which is a letter sent to all bishops in the church, to the topic of environmental protection.

"I think what has happened is increasingly, Pope Francis and his predecessors have moved care for creation into the center of Catholic life," Carr said.

Erin Lothes Biviano, associate professor of theology at the College of St. Elizabeth, echoed Carr’s view, saying that previous popes have written at length about the need to care for creation and the common home. As for Pope Francis, she said his concerns are rooted in caring for the poor.

"Climate change will impact the poor and marginalized first and worst across the world who have the least capacity to adapt or to recover from disasters," she said. "It’s viewed not as an environmental problem, but an environmental and social problem."

Biviano noted that Pope Francis’ speech happened shortly after the Amazon synod in October, during which bishops from the Amazon region gathered at the Vatican. After hearing about the needs of people experiencing fires in their homeland, Biviano said the pope likely began thinking about how to make the issue clear to the rest of the church.

"One thing that’s clear is labeling something as a sin," she said. "That makes it easy to understand."

Carr said the pope consistently has looked for ways to lift up the issue, and his proposal shows ordinary Catholics that caring for the environment needs to be a priority.

At the gathering Friday, Pope Francis also spoke critically of how corporations approach the environment.

"The principle of profit maximization, isolated from any other consideration, leads to a model of exclusion, which violently attacks those who now suffer its social and economic costs, while future generations are condemned to pay the environmental costs," he said.

Biviano said this was notable in that it shifted the emphasis of ecological destruction away from the individual level.

"He’s saying this is something we really have to look at, at a structural level," she said.

Dan Misleh, executive director of the Catholic Climate Covenant, said he doesn’t believe the pope’s stance on the environment will transform the church overnight. To take root, he said the idea of the interconnectedness between people and the planet would have to be repeated.

"How creation goes, so does humankind," he said. "So we need to be much more attentive to the creation that’s around us."