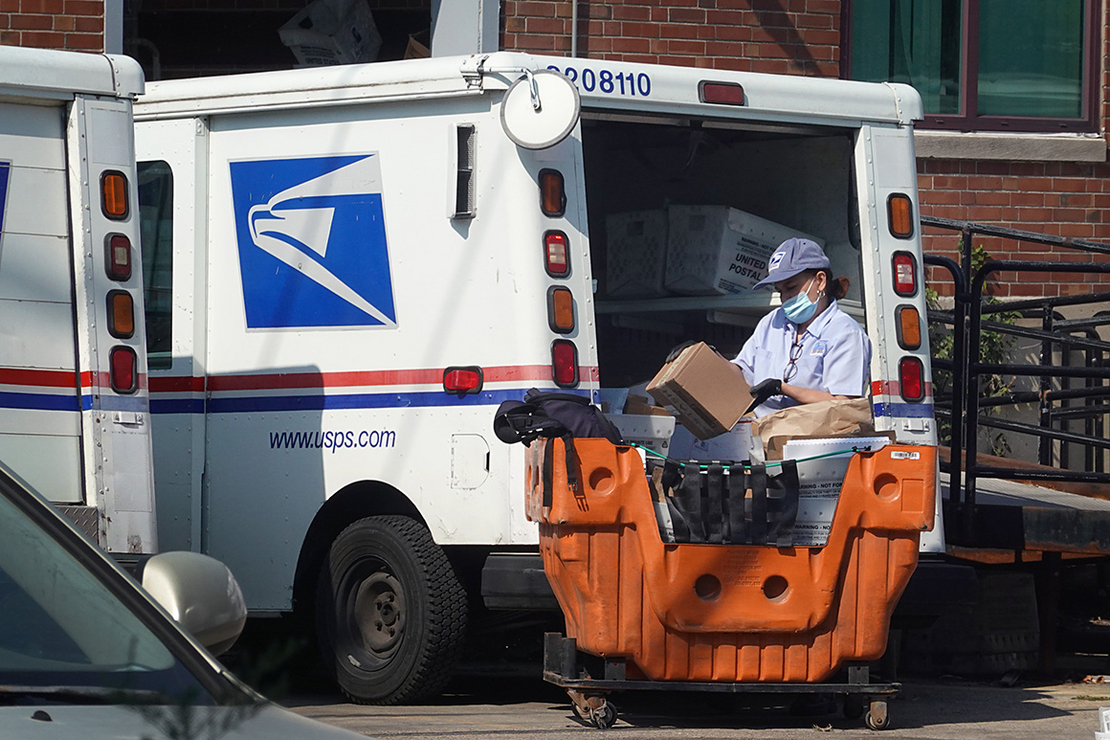 USPS said that at least 50 percent of its first $3 billion, 50,000-vehicle purchase would now be battery electrics, up from the 20 percent it had initially slated. The shift is viewed as significant for the trajectory of EVs, considering that the Postal Service’s 212,000 vans constitute about a third of all federal vehicles and make up the largest civilian fleet in the world, according to the Government Accountability Office.

In a record of decision issued in February, USPS had originally planned to buy up to 165,000 “next-generation” delivery trucks — meaning they would be custom-designed to replace the Postal Service’s aging fleet — of which no more than 10 percent would be battery electrics.

That target was seen as insufficiently aggressive by environmentalists and their allies, including congressional Democrats and the Biden administration. In February, EPA and the White House’s Council on Environmental Quality urged the Postal Service to reconsider the framework in a letter but stopped short of intervening directly.

By 2035, the Biden administration wants the entire federal fleet to purchase electric vehicles only, with light-duty vehicles making the shift by 2027 — a goal that includes the quasi-independent Postal Service (Climatewire, Feb. 3).

Along with the 50 percent purchase, USPS yesterday proposed buying an additional 34,500 commercial off-the-shelf vehicles. Altogether, at least 40 percent of the Postal Service’s initial vehicle procurement would be battery electric, under the service’s blueprint.

The proposals will be detailed as part of a supplemental environmental impact statement, a step demanded by green groups that were critical of the earlier plan (Climatewire, June 2).

If ultimately put into place, the changes would “significantly modify” the Postal Service’s original plans for replacing its fleet, USPS wrote in a public notice published this morning in the Federal Register.

Electric vehicle advocates and environmentalists cheered the changes, while continuing to press for an even higher percentage of battery electric purchases in future mail-truck orders.

“Public pressure is working,” said Joe Britton, executive director of the Zero Emission Transportation Association, in reference to the outcry from Democrats and groups like his.

“Today’s commitment to acquire at least a 40% electric fleet shows that the Postal Service understands the strategic disadvantage it would create for itself if it were to just rely on gas-powered vehicles for decades to come,” Britton said in a statement, adding that the plan would still include gas-powered models for the majority of new USPS vehicle purchases.

Representatives from the Sierra Club and Natural Resources Defense Council also welcomed the changes while saying they would ultimately not go far enough to address climate change.

“This is an opportunity to transform the postal fleet to be 100 percent union-built electric vehicles. We won’t settle for anything less,” said Katherine García, director of the Sierra Club’s Clean Transportation for All campaign.

Britt Carmon, federal clean vehicles senior advocate at the NRDC, said USPS “finally got the message that cleaner vehicles are a win all around” and that the new proposals “[push] the envelope in the right direction,” adding that the Postal Service “should go much further and electrify most of its fleet.”

“As time goes on and the costs of these vehicles continue to fall, we fully expect that USPS will eventually increase the number of electric vehicles it buys,” said Carmon in a statement.

In late April, the Sierra Club, NRDC, the United Auto Workers, and attorney generals from 16 states and the District of Columbia were among those filing lawsuits. They accused the Postal Service of violating the National Environmental Policy Act by signing a contract for the first vehicle order before carrying out an environmental review (Energywire, April 28).

The Sierra Club yesterday afternoon said it was not planning to drop its lawsuit, while NRDC spokespeople said that their lawyers were still evaluating whether to do so.

The decision resurfaces debates over the cost-effectiveness of a mass conversion to electric mail trucks.

In a Feb. 2 letter to USPS, EPA called the service’s earlier environmental review “seriously deficient” and full of flawed assumptions about electric vehicles. In the House, the Oversight and Reform Committee later opened a probe into how USPS had gone about conducting that review.

Postmaster General Louis DeJoy, a Trump appointee, had repeatedly defended the original plan’s reliance on gas vehicles as being a simple matter of insufficient funding, given the higher cost of EVs. Last year, DeJoy estimated that the agency would need $8 billion in additional funding to electrify its fleet — a number that was trimmed down to $3.3 billion in a separate USPS estimate earlier this year (Energywire, Jan. 10).

In a draft environmental impact statement published last August, USPS argued that the special needs of mail trucks — such as their right-hand-side steering and far-flung routes — would make a broad-scale use of EVs “infeasible” (Energywire, Aug. 27, 2021).

Some of those arguments were backed by other former federal officials, like Dorothy Robyn, an Obama-era commissioner of the General Service Administration’s Public Buildings Service. Robyn has called a lack of sufficient resources a “big problem” for the Biden administration’s electric-fleet goals, for USPS and other federal agencies (Energywire, Feb. 10, 2021).

Yesterday’s proposal follows the passage of the Postal Service Reform Act, which has been projected to relieve about $107 billion in USPS debts and other financial obligations. President Biden signed it in April.

USPS did not answer questions yesterday afternoon about whether the service’s increased EV purchases were attributable to the act.

Some outside analyses have concluded that USPS could pull off an EV transition without a huge infusion of funds for mail-truck purchases. One study from pro-EV data firm Atlas Public Policy, for example, concluded that with some creative accounting, the Postal Service could actually save billions of dollars while shifting to 97 percent EV purchases by 2025 (Energywire, Aug. 19, 2021).