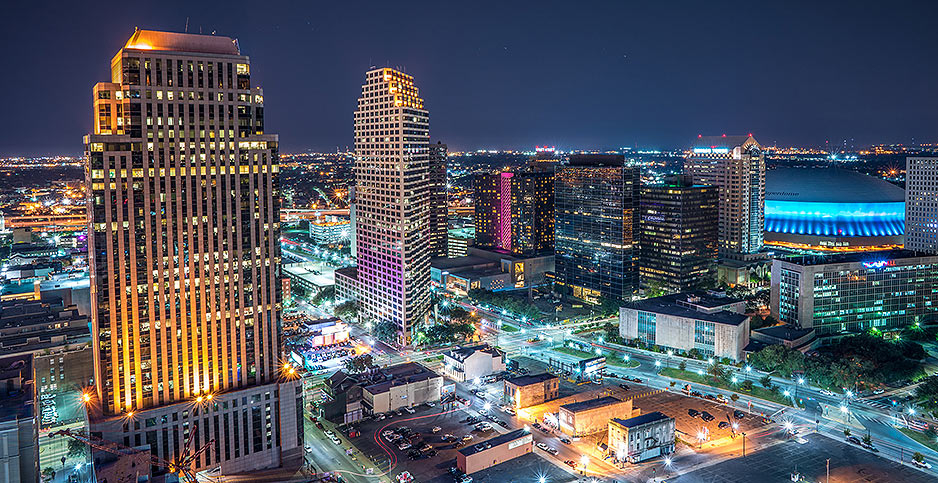 Back in 2016, Entergy Corp. deactivated two units at an aging power plant in New Orleans and proposed building a smaller station at the same site.

The idea hasn’t found smooth sailing despite being pitched in the company’s hometown. Entergy put an initial application on hold last year before eventually presenting two options to the city — one rated at 226 megawatts and another at 128 MW. Both were pegged to use natural gas.

Critics have kept after the company, arguing it’s looking backward to gas when it should be considering ways to chart a new course. The New Orleans discussion echoes electricity debates across America about the role batteries, energy efficiency, renewables and fossil fuels should play in an evolving grid. Entergy’s proposal was debated for days during a hearing last month, and the company is adamant its approach is best.

Now the matter will be in the hands of a committee of the New Orleans City Council, which is the primary regulator of Entergy New Orleans, a local Entergy subsidiary. Opponents are hoping the council finds a way to look at options besides gas, even if a filing for council advisers already voiced support for the smaller plant.

"We’re going to continue to work hard to make sure that people’s voices are heard and that fair decisions are made," said Logan Atkinson Burke, executive director of the Alliance for Affordable Energy, "because what we don’t want is for the residents of this city to be stuck with something for 30 years that we don’t need and that they don’t want."

Entergy counters that, unlike intervening critics, it has the responsibility to keep the lights on for a major city. The company’s stance is that local generation is needed, especially in the event of another hurricane. Entergy has no large, operational power station in New Orleans, and it relies on transmission lines to bring electricity into the city. It wants a new peaking generator.

"We need a local unit," said Brian Guillot, senior counsel for Entergy New Orleans. "We need it for reliability. We need it because it’s the most economic option to meet our overall capacity need. It’s going to be safe. It’s going to be good for customers. And it’s going to produce hundreds of millions of dollars of local economic impact."

In a statement, Councilmember Jason Williams said the council will use a "fully developed record" to reach its decision.

Williams said the council would aim to see that residents and businesses "have among the lowest rates, utility bills and carbon footprint of any utility in the country while assuring a reliable electric power system for our growing city." Other observers have pointed out that many Louisiana residents see high power bills because of hot summers and old housing.

Williams leads a five-person committee of the City Council that handles utility issues, and it could take up Entergy’s proposal at a Feb. 21 meeting. Timing isn’t certain. The matter could then go to the full council.

It’s unusual for a city to oversee an investor-owned utility as the primary regulator, but the quirky setup seems to fit New Orleans (Energywire, March 17, 2015). The dynamics are even more unusual this year because only two of the City Council’s seven current members will remain once winners of last year’s elections take office in early May.

One of the departing members, LaToya Cantrell, is set to become mayor.

Still, current council members are poised to make the call on how Entergy proceeds if a decision is reached in the next few months.

The process started in June 2016, when Entergy filed an application with New Orleans seeking approval for a new power plant. It took two units offline at the Michoud plant site in an area known as New Orleans East that same year, removing about 781 MW of capacity that also relied on natural gas.

A weaker load forecast led to a pause in the process in 2017, but Entergy submitted an amended application in July 2017. It outlined a choice between a 226-MW combustion turbine and a 128-MW alternative with reciprocating internal combustion engines. The price tags were estimated to be $232 million and $210 million, respectively.

Entergy asked that a new power station be found in the public interest, and it sought approvals tied to cost recovery, construction monitoring and timing. A decision wasn’t made last year as Entergy hoped. At this point, the company has indicated the bigger plant could be ready in the first quarter of 2021, while the smaller option could be available in January 2020.

Burke of the Alliance for Affordable Energy said it doesn’t make sense for Entergy to back the larger option that would take longer if the company sees an immediate need. She also doesn’t view a gas peaker as a cost-effective solution.

"I really think that to build a peaking gas plant in 2018 is a fool’s errand," Burke said. "And to spend money in a city that doesn’t have that much puts us in a position of not being able to invest in other kinds of resources."

Burke added that the Michoud location "makes so little sense that it boggles the mind," citing flooding in the wake of Hurricane Katrina in 2005.

Entergy, Guillot said, has a "soft preference" for the 226-MW option and would support that or the smaller project. There have been improvements in the area since Katrina, he said, suggesting the plant site would be less vulnerable. He stressed that Entergy isn’t against other resources but sees issues with them.

Depending on transmission upgrades would not be feasible given the current reliance on existing lines to provide power, he said, while questions remain about the cost and potential of batteries and efficiency efforts. More is needed than assumptions and optimism, according to Guillot.

"We need to have a reliability measure in place that we can actually count on," he said.

Joseph Vumbaco, who testified on behalf of advisers to the City Council, outlined what may be the most likely path at this point: an approval of the smaller plant. Vumbaco said in filed comments that Entergy New Orleans customers are "at risk of significant electrical outages of potentially long duration."

He raised some issues with Entergy’s proposal but said building the smaller option while incorporating renewable technologies and certain demand-side management would be in the public interest.

Susan Guidry, a New Orleans councilmember, said she’s not comfortable with the fact that both of Entergy’s options involve a gas-fueled plant. In an interview, she endorsed the idea of an open request for proposals to see what bids might arise and she said relies on advice from the Alliance for Affordable Energy.

Guidry spoke of a desire to see renewables, battery storage and energy efficiency while noting the potential of microgrids. She’d like to see results from an upcoming demand-side management study, but that might not be ready before the council makes a decision on Entergy’s plant proposal.

"We need to be very careful with picking our energy sources and make ’em as clean and durable as possible," Guidry said. But she said she may face "something of an uphill battle" at the council.

Guillot said the 226-MW option would help cover forecast capacity needs for Entergy New Orleans over a 20-year horizon, while the 128-MW option might help cover half that period. Both would help with local reliability, though he said transmission upgrades may be needed if the smaller option were chosen.

At the same time, Guillot said the smaller station would bring flexibility that could help to back up renewables, use less groundwater and bring a capability to start by itself if the grid were to go dark.

Burke supports the idea of requiring Entergy to do a competitive solicitation to get a sense of least-cost options to fill needs. She said options such as demand response and batteries could be faster and more cost-effective than a peaking plant. A transmission solution also could play a role, in her view. Burke said reliability discussions shouldn’t just be about a power plant, citing outages that occur along the city’s distribution system.

Guillot said more capital will be spent on the distribution system to help with neighborhood outages, while a new power plant would help in the event of a high-impact outage scenario. And being part of the region managed by the Midcontinent Independent System Operator doesn’t solve everything, he said, because there’s still a reliance on lines to bring in power.

Guillot also said Entergy New Orleans has interest in seeing up to 100 MW of renewables in its generation mix, though much of that may not be located in New Orleans because of space limitations. He said a new peaking gas plant in New Orleans could run more than 15 percent of the time, and proceeds from the facility’s power sales outside New Orleans would be credited to customers.

Meanwhile, Minh Thanh Nguyen, executive director of a community-based organization called VAYLA New Orleans, works near the proposed gas plant and has concerns about pollution and safety. He noted the plant site experienced a gas pipe accident back in 2016. He called for work to fix aging infrastructure in the city and for a shift to renewable energy.

"A gas plant is not the development that we need right now," Nguyen said.