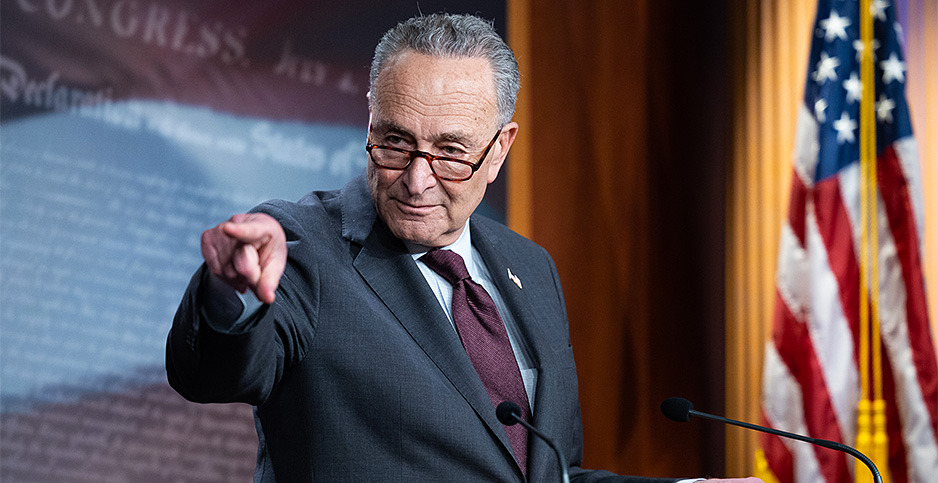 Senate leaders have finally struck a power-sharing agreement that will allow Democrats to officially take the reins of committees, with Majority Leader Chuck Schumer calling on incoming chairs to put climate change at the top of the agenda.

After weeks of negotiations, the New York Democrat announced this morning that the Senate will vote today on the organizing resolution, which sets the chamber’s rules and committee rosters for both parties for the 117th Congress.

"I’m confident our members are ready to hit the ground running on the most important issues that face our country," Schumer said.

"Senate Democrats are not going to waste any time taking on the biggest challenges facing our country and our planet," he added.

The organizing resolution allows Democrats to formally take over Senate committees, which technically have remained in the hands of Republicans even though Democrats control the 50-50 chamber because of Vice President Kamala Harris’ tiebreaking vote.

GOP chairs have yielded the gavels to their counterparts as a courtesy, including for confirmation hearings on President Biden’s Cabinet nominees.

Schumer made clear today that the incoming Democratic panel leaders will get to work immediately on climate change.

"I’ve already instructed the incoming Democratic chairs of all relevant committees to begin holding hearings on the climate crisis in preparation for enacting President Biden’s ‘Build Back Better’ agenda, which includes major climate legislation," Schumer said on the floor.

The Energy and Natural Resources Committee began that process this morning with a hearing examining energy-sector trends and past progress in addressing climate change.

"So as the Biden administration prepares a whole-of-government approach to combating climate change, the Democratic majority will pursue a whole-of-Senate approach, as well."

Although the organizing resolution is normally passed without fanfare in the opening days of a new Congress, there were several complicating circumstances that contributed to this year’s delay.

For starters, control of the chamber was unknown until the twin Jan. 5 Senate Georgia runoffs, in which Democrats Raphael Warnock and Jon Ossoff ousted the GOP incumbents and produced the 50-50 split. That meant that Republicans held the majority until the Jan. 20 inauguration, when Harris was sworn in.

Text of the organizing resolution wasn’t available at press time, but Schumer and Minority Leader Mitch McConnell (R-Ky.) have been negotiating from the power-sharing deal struck in 2001, when the Senate was also split 50-50.

McConnell wanted the agreement to rule out the possibility of eliminating the legislative filibuster, a demand Schumer would not agree to.

McConnell eventually yielded after moderate Democrats Joe Manchin of West Virginia and Kyrsten Sinema of Arizona pledged that they would oppose efforts to kill the filibuster.

"It took some time to work that out," Majority Whip Dick Durbin (D-Ill.) told reporters today. "It slowed us down."