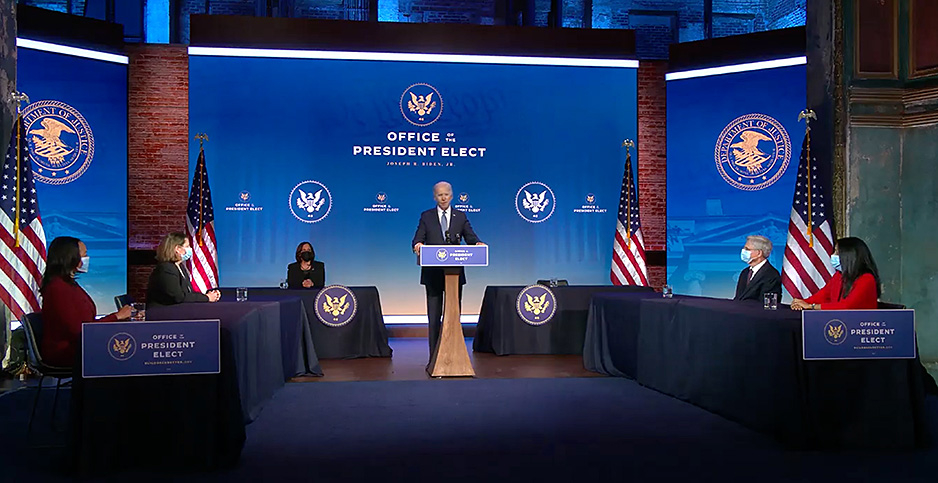 Key Cabinet nominees for President-elect Joe Biden may have to sit tight before Senate confirmation following this week’s attack on Capitol Hill by supporters of President Trump and the election of two Democrats to the Senate in Georgia.

While there’s a long tradition of confirming national security positions on Inauguration Day, the Senate has not yet held any confirmation hearings for Biden’s nominees, even as the president-elect continues to unveil his picks to lead key agencies.

And while the chamber has three pro forma sessions scheduled over the next two weeks, it next convenes for business Jan. 19 — the day before Biden takes office. Biden himself alluded to the likely delay Wednesday.

"My nominees for critical national security positions at State, Defense, Treasury and Homeland Security have bipartisan support and have been confirmed by the Senate before," he said. "They need to be in their jobs as soon as possible after Jan. 20."

Those comments came before Trump backers stormed the Capitol in an attempt to block certification of the Electoral College results.

Sen. Jack Reed (D-R.I.), the ranking member on the Senate Armed Services Committee, told reporters earlier Wednesday that he and Armed Services Chairman Jim Inhofe (R-Okla.) have been discussing a hearing on Biden’s pick to lead the Defense Department, retired Gen. Lloyd Austin, before the inauguration.

"I think we’d like to follow the path closely we did with Gen. Mattis in terms of getting some hearings done before the 20th," Reed told reporters, referencing James Mattis, Trump’s first Defense secretary, who was confirmed and sworn in hours after Trump’s inauguration in 2017.

The Armed Services Committee yesterday announced it would hold a confirmation hearing for Austin on Jan. 19.

However, Austin’s confirmation faces an additional wrinkle: He needs both the House and Senate to pass a waiver to a federal law that restricts former military officers from serving as Defense secretary within seven years of their service. The House currently isn’t expected to be in session until Inauguration Day.

That makes it unlikely Biden will have a Defense secretary in place on the first day of his presidency, as Trump did.

Further complicating the calculation for Biden’s picks is the Jan. 5 Georgia runoffs, in which the Democratic challengers prevailed, giving Democrats the majority — after Jan. 20, when Vice President-elect Kamala Harris is sworn in and can break a tie.

Senate Minority Leader Chuck Schumer (D-N.Y.) has called for the Senate to confirm Biden’s national security picks, but that decision rests with the Republican Senate chairs until Jan. 20.

The offices of Schumer and Senate Majority Leader Mitch McConnell (R-Ky.) did not respond to requests for comment on hearings on Biden’s Cabinet, but the leaders also must negotiate an organizing resolution for the 117th Senate before committees can formally meet.

"Meeting with Michael Regan today was a welcome reminder of the promise and potential before us to rebuild a better future for this country," said Carper, who is set to become the panel’s chairman.

"We need an EPA Administrator who will be guided by science in working to undo the damage done to our environment by the outgoing administration and ushering in a new era of climate action."

Biden pressed the Senate to work quickly to set up confirmation hearings for his at least some of his nominees even before the results of this week’s Georgia runoff races are certified and the winners, Democrats Jon Ossoff and Raphael Warnock, are sworn in. That process could take as long as two weeks.

"I intend to work with the next Majority and the Minority Leader to move forward with key Cabinet nominations even while the Georgia results are confirmed," Biden said in a Wednesday statement congratulating Ossoff and Warnock.

A Biden transition official told E&E News the president-elect’s nominees are working "full-throttle" to prepare for the confirmation process, including filing required disclosure paperwork, and are eager to get the hearings started.