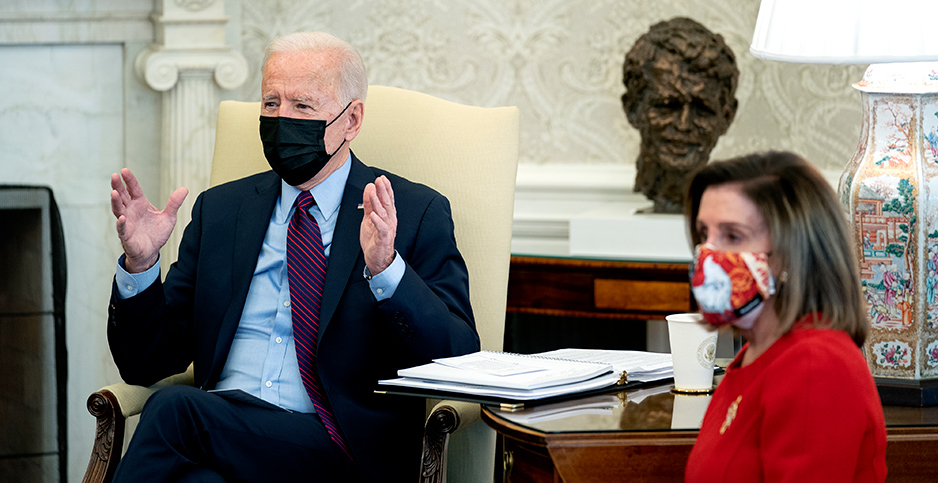 A bevy of clean energy companies has registered to lobby the federal government in recent months, just as President Biden and the new Democratic majority in Congress take the reins.

More than three dozen companies in the clean energy sector have disclosed new lobbying arrangements since Election Day, compared with fewer than 10 in the similar period following Election Day 2016, a review of disclosures shows.

Some are lobbying federal officials for the first time, while others are signing with new external firms or hiring new in-house lobbyists.

The rush to push the case for new policies to benefit wind, solar, nuclear or other low- or zero-emitting energy sources appears at least somewhat related to new optimism that federal officials are listening and sympathetic.

Biden and Democrats in Congress have promised to make climate change a top-tier issue in how they govern, and significant new pro-clean-energy provisions and spending are likely to be part of any new policies they pass, like greenhouse gas regulations, new tax incentives or new mandates.

That’s a stark contrast from when President Trump was in the White House and the GOP controlled at least one chamber of Congress. Trump was an aggressive fossil fuel supporter, and major climate legislation had little chance of passing.

"We live in times where we see long spans of legislative gridlock, where it’s really hard to move policy, particularly positive policy," Gregory Wetstone, president of the American Council on Renewable Energy, told E&E News. "And I think there’s a broad recognition that this is a moment of opportunity for advancing clean energy and addressing climate change."

Wetstone said the industry sees a major opportunity to make progress on its major priorities, like long-term tax incentives and modernizing the electric grid.

"There’s a real focus on making sure that we take full strategic advantage of the chance to move forward across the landscape of policy opportunities, which includes a lot of regulatory and executive action, and also perhaps the opportunity to get something good done in Congress," he said.

Among the companies getting into the lobbying game for the first time is OW North America, the U.S. arm of offshore wind developer Ocean Winds.

The company is planning to build the Mayflower Wind project off Massachusetts in a partnership with Royal Dutch Shell PLC, and also is eyeing a potential floating wind farm off California’s coast.

The developer has hired SC Partners to push for general clean energy policies, improvements to the permitting process for offshore wind and favorable tax policies, the lobbying firm said.

"These are very interesting and exciting times. The states have been leading, and it’s great to have an administration and congressional leadership that are embracing clean energy," Seth Kaplan, OW North America’s director of governmental and regulatory affairs, told E&E News.

"We have an administration and congressional leadership that are believing in the science and what the experts have been saying for years."

Kaplan said his company’s main federal priority is to get better funding for the Interior Department’s Bureau of Ocean Energy Management, the main agency responsible for offshore wind leasing, as well as other agencies involved.

"They’ve got this big stack of applications sitting on a desk. And they need funding to process it; they need staff," he said.

OW also wants to ensure that the agencies involved in offshore wind, like BOEM and NOAA, are working together in an ideal way.

"It’s one thing to lay out a vision and a plan," Kaplan said. "It’s another thing to make sure that all of the regulations, the laws, the appropriations and the coordination among agencies are pulling in the direction to meet the goal."

"The previous administration was a little bit more coal-focused. So we shifted our focus back to the state level, because California had a better green agenda," said Renova spokesperson Emily Langenbahn.

Langenbahn said Renova wants to generally promote solar energy and push for its growth. "We’re hoping to have more of a bipartisan approach to solar energy, because it’s been so partisan for so long, and it doesn’t have to be," she said.

"We’re hoping to move toward the angle of increased job creation," she added, as well as the reliability benefits of solar and energy storage.

Renova is also exploring building a facility to recycle solar energy modules, Langenbahn said. The company is hoping to get federal aid for that project, as well as to incentivize companies to choose recycling instead of throwing their old solar cells into landfills.

Electric vehicles are another technology seeing a wave of new lobbyists. Charging company ChargePoint Inc. has been lobbying the federal government since 2016 via the firm Arnold & Porter, but it recently hired Christina Baworowsky — formerly with the Nuclear Energy Institute and Alliant Energy — to be its in-house lobbyist.

The company said Baworowsky is focusing on pushing the White House and Congress on expanding both electric vehicle adoption and infrastructure in various places.

"President Biden’s recent announcement to electrify the federal government’s 600,000-vehicle fleet shines a bright light on a category that has been ramping toward an all-electric future for several years," Anne Smart, ChargePoint’s vice president of public policy, said in a statement.

"ChargePoint also strongly supports legislative efforts to create rebates that can be deployed quickly and that continue to create jobs in private multifamily and workplace and public settings," said Smart.

"All in all, this is an exciting moment for EVs and EV charging. It’s important to continue to develop a policy landscape that supports the growth and development of this industry in a way that creates jobs, addresses our climate goals, and ensures US leadership in transportation electrification."