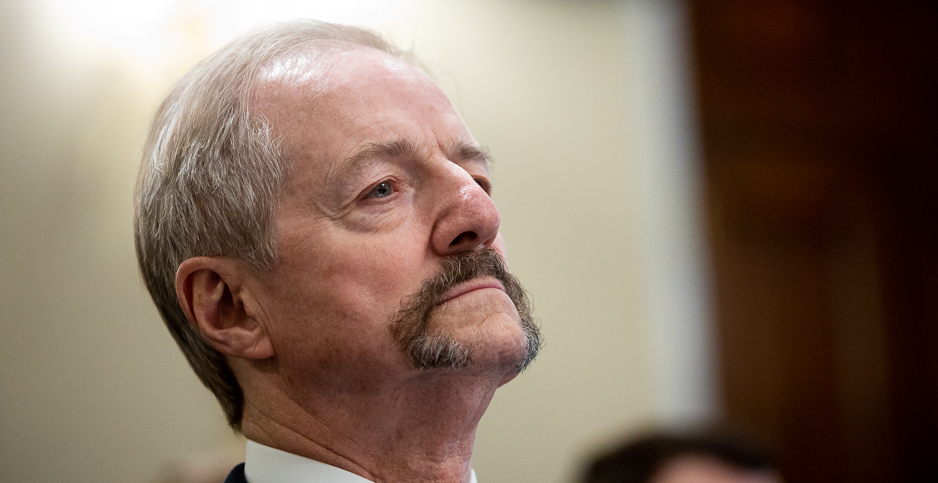 "Do you support selling public lands?" — it’s what the Colorado lawmaker told E&E News he planned to ask Pendley at his yet-to-be-scheduled confirmation hearing before the Senate Energy and Natural Resources Committee. "That’s a non-starter."

Gardner had previously said Pendley would simply face "tough questions" at his confirmation hearing but yesterday clarified that he would be one of the committee members doing the grilling (Greenwire, July 1).

His comments came as vulnerable Senate Republicans up for reelection this November are coming under increased pressure regarding whether they’ll support Pendley’s nomination — from colleagues, activists and even local newspapers like The Daily Sentinel based in Grand Junction, Colo., which published an editorial earlier this month saying Pendley should not be confirmed.

Pendley — a conservative lawyer who as president of the Mountain States Legal Foundation often sued the Interior Department and its bureaus on behalf of private property owners — was drawing fierce criticism from the time Interior Secretary David Bernhardt last year added "exercising the authority of director" to his job title of BLM deputy director of policy and programs.

Since being nominated to formally lead the agency in June, Pendley’s record has been further scrutinized. Until joining BLM last summer, he frequently posted to Twitter under the handle @Sagebrush_Rebel, where he was known to mock climate science, Democratic lawmakers and the Endangered Species Act.

Earlier, in 2017, Pendley wrote an op-ed in the Washington Examiner in which he dismissed the Black Lives Matter movement as based on a "lie that spread like cancer through inner cities" and imperiled law enforcement (Greenwire, June 29).

Many Senate Democrats and environmental groups have taken Pendley’s past statements and actions to be disqualifying and say Republicans have no choice but to oppose him — even if it means alienating the White House.

Sen. Martin Heinrich (D-N.M.), like Gardner a member of the ENR Committee, compared installing Pendley at the helm of BLM to "putting an arsonist in charge of the fire department."

"This guy has spent his entire life, his entire identity, wanting to get rid of public lands by any means possible," Heinrich said in a brief interview with E&E News yesterday. "That’s the last person on Earth who should ever be in charge of the Bureau of Land Management."

Heinrich is among those amplifying calls for leaders of the ENR Committee to schedule a confirmation hearing for Pendley quickly.

"What we’ve told them to do is do it ASAP," Tester said during a conference call with reporters.

"Whether it’s in August or September, sure, I’d like it this week," Tester added. "But the truth is, they’ve got to get the paperwork done, they’ve got to get a time that works for both them and the nominee. All I’m asking them to do, along with eight other senators, is push them, make it a high priority, get it done, so that we can get to the bottom of this person’s record and vote appropriately."

According to sources, the holdup appears to be on the Interior Department’s end, and paperwork does appear to be the issue.

In order for a confirmation hearing to be convened, Interior must submit a host of required documents on Pendley, including a letter from the agency’s designated ethics officer certifying that Pendley is in compliance with the ethics agreement he signed when he was first hired by BLM in July 2019.

Interior needs to hand over a questionnaire, presumably with Pendley’s written answers to queries from committee members. The agency is also supposed to send committee leaders Pendley’s financial disclosure report and his ethics agreement.

A source with knowledge of the process said the Office of Government Ethics has transmitted a letter stating that Pendley is in compliance with the ethics agreement, but added that this does not relieve Interior of its obligation to submit to the committee the financial disclosure report, ethics agreement and designated ethics officer’s letter.

As of late yesterday, the committee had still not received the documents, said the source.

Manchin, who opposes the nomination, said Pendley "deserves to have a hearing" but had no information on the reason for the delay or an update on when something might get scheduled.

Murkowski in a statement signaled she would not be pressured.

"Why rush a hearing when we already have two non-controversial nominees from ENR — Lanny Erdos and Mark Menezes — being held up on the Senate floor?" Murkowski asked.

Erdos, the acting director of the Office of Surface Mining Reclamation and Enforcement, has been awaiting Senate confirmation since last October, while Menezes, undersecretary of the Department of Energy, is on tap to be confirmed as the agency’s second in command.

"As with all nominees, the committee will conduct its due diligence, ensure we have received and vetted all relevant paperwork, and allow time for member meetings to take place before deciding when to hold a hearing. The members of the committee will be the first to receive notice of our plans," Murkowski continued.

‘Get his record out there’

Part of Tester’s motivation in calling for a speedy hearing is an interest in spreading the word about Pendley’s full record of opposition to federal lands management, which is still largely unknown in the public realm.

Once colleagues see that record, Tester predicted, they will understand Pendley "has had a lifetime of trying to trash our public lands" and will vote against his confirmation.

"Get his record out there so everybody can see it," Tester said.

Opponents also hope that amplifying Pendley’s controversial policy positions and past statements could create a situation where supporting Pendley becomes untenable, as it appears to be becoming the case for Gardner.

Republican Sen. Steve Daines, another vulnerable 2020 incumbent and Tester’s fellow Montanan, said in the past he would support Pendley if Trump nominated him for the post (E&E Daily, Nov. 8, 2019).

Tester said he has not yet spoken to Daines about the Pendley nomination, but "hopefully that will change" as the process moves forward, referring to Daines’ earlier statements of support.

Daines’ office did not respond to requests for comment from E&E News regarding the lawsuit or the senator’s position on Pendley.

To Tester’s point, a half-dozen lawmakers surveyed by E&E News on Capitol Hill yesterday were either noncommittal on Pendley’s nomination or said they didn’t know enough to comment.

They included Sens. Richard Burr (R-N.C.), a champion of a major public lands package poised to clear the House later today, and Joni Ernst (R-Iowa), who like Gardner and Daines finds herself in a tough reelection fight and could be closely watched if and when Pendley’s nomination heads to the Senate floor.

Sen. Todd Young (R-Ind.), the chairman of the National Republican Senatorial Committee, also said he knew nothing about Pendley even as the nomination threatens lawmakers whose reelections are key to the GOP maintaining its fragile Senate majority.

"I trust their judgment and their connection to the people of their respective states," Young said of members like Gardner and Daines, "so I know they’ll do the right thing and cast votes of conviction."