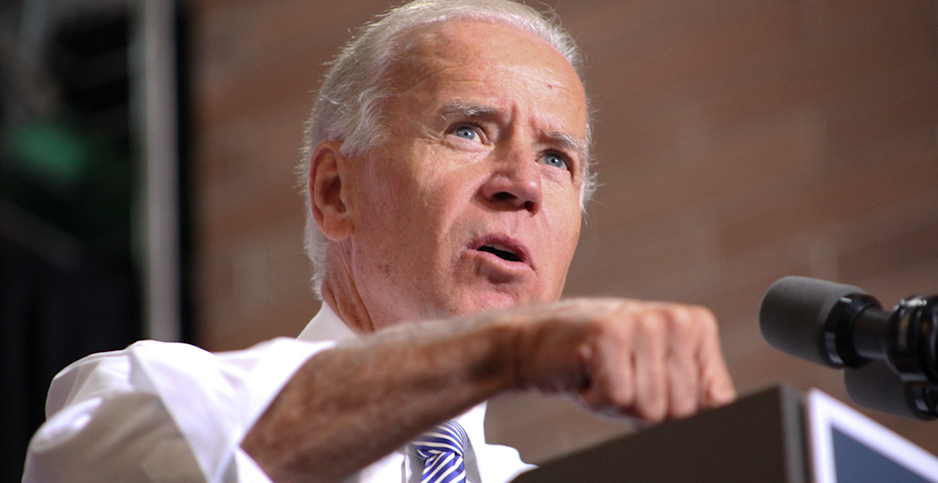 Joe Biden is making a big bet on climate politics.

The presumptive Democratic nominee for president unveiled an expanded version of his climate plan yesterday that proposes spending $2 trillion over four years to address rising temperatures.

It’s more expensive than the $700 billion outline offered by Biden last week for the entire U.S. manufacturing sector; that plan leaned heavily on clean energy, too.

It’s also more ambitious than his plan for health care, which has remained focused on a public insurance option amid the coronavirus pandemic. And it’s bigger than his plans for K-12 education, housing and the opioid epidemic — combined.

Only Biden’s tax plan carries a larger price tag — and part of that $3.2 trillion proposal would go toward financing his climate proposals. Biden’s campaign suggested the climate plan would be the first thing he personally lobbies Congress to pass.

"Addressing the economic crisis is going to be priority one for a President Biden. This will be the legislation he goes up to the Hill immediately to get done," a senior campaign official said on a call with reporters announcing the climate plan.

Biden’s leftward pivot reflects how the falling cost of renewable energy has made it easier to pitch climate policy as economic stimulus. It’s also a gamble that climate politics have fundamentally changed since the last presidential campaign, when Hillary Clinton mostly avoided talking about climate change while then-candidate Donald Trump hammered her over dwindling coal jobs.

Now, 16 weeks before the 2020 election, Biden is the one deploying energy as an attack line.

"He said he doesn’t like LED because ‘the light’s no good, I always look orange,’" Biden said.

He repeated the phrase and shook his head.

"When I think about energy retrofitting for lighting, I see the incredible projects like the one right here in the Chase Center. I see small businesses like Preferred Electric," Biden said. "I see master electricians and union workers."

Republicans responded by accusing Biden of trying to destroy millions of oil and gas jobs. Trump Victory spokesperson Samantha Cotten said Biden was surrendering to socialists who support "an even faster timetable on tackling climate change."

That’s a fight that environmentalists are finally ready to have, said Samantha Gross, the former director of the Energy Department’s Office of International Climate and Clean Energy.

"It’s a much easier argument to make," said Gross, who’s now at the Brookings Institution.

"You can say these technologies are cheap now in a way that you didn’t used to be able to. It’s no longer like putting on your hair shirt."

Biden’s new rhetoric appeared to accomplish an additional goal: placating his left flank. The former vice president won praise from some of the Democratic Party’s loudest voices on climate, including many who supported his progressive rivals, Sens. Bernie Sanders (I-Vt.) and Elizabeth Warren (D-Mass.).

Those environmentalists had criticized Biden’s centrist climate plans during the primary, including his openness to hydraulic fracturing. Biden also developed a somewhat hostile relationship with climate activists, who confronted him repeatedly at campaign events and televised appearances.

Some of those divisions remain. Rhiana Gunn-Wright, one architect of the Green New Deal, said Democrats should be wary of addressing environmental racism through the same institutions that created the problem.

Biden is calling for front-line, fence-line and environmentally vulnerable communities to get 40% of the benefits from his climate plan.

But many of the channels for distributing that money — like federal grants and contracts — were designed to be exclusionary, or they require so much time and resources that only the largest firms can compete, Gunn-Wright said.

"We have to pay attention to these kinds of downstream effects or we will quickly find that even the most progressive climate policies fail to deliver the equity they promise," she tweeted. "I don’t fault the Biden team for not including them in the plan — this is a campaign doc, not a bill."

Overall, Biden’s recent rhetoric and plans have smoothed over some of the party’s divisions. His 2035 deadline for decarbonizing the electricity sector, announced yesterday, was a coup for activists and put Biden to the left of a climate plan offered by House Democrats.

Previously, Biden had committed to spending $1.7 billion over 10 years and reaching net-zero U.S. emissions by 2050.

The pressure isn’t over. Moving Biden’s commitments to the left was the first step, activists said, to a decadelong process of ensuring Democrats back up their climate promises with action.

Carol Browner, the Obama administration’s climate czar and the League of Conservation Voters board chair who was recently named as a Biden campaign surrogate, said Biden would be up to that challenge.

"I think there is every reason to believe that this is a serious, serious issue for Biden, and he’s demonstrated that by matching that with a serious commitment," she said.