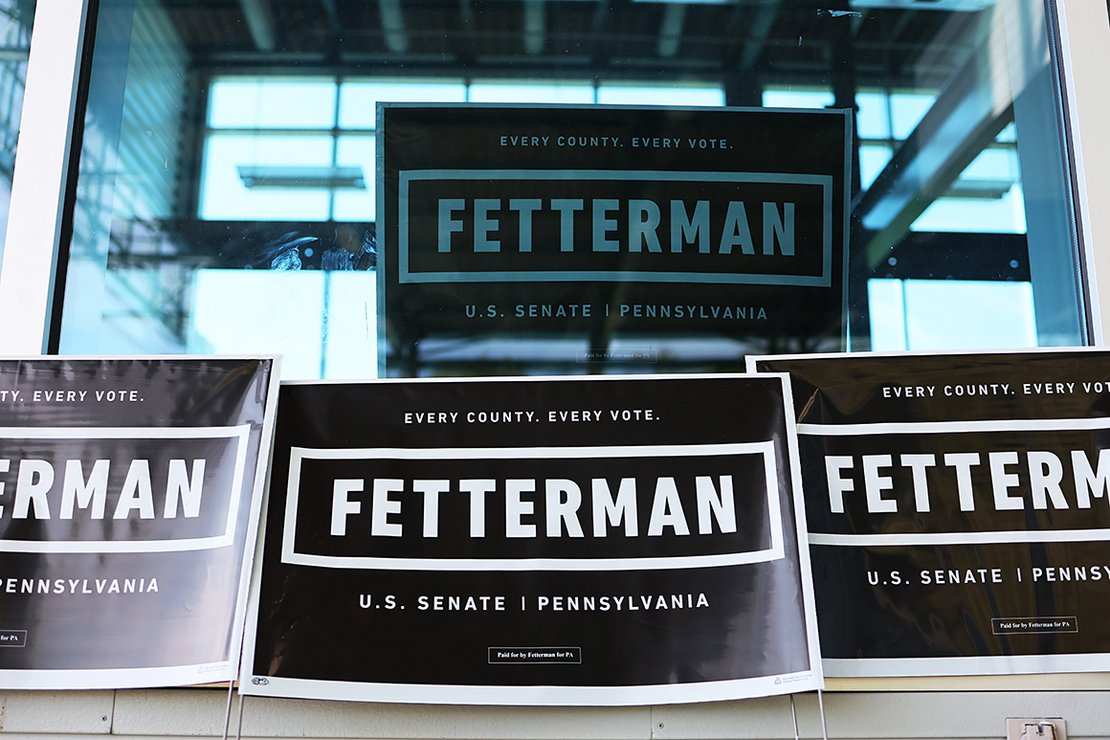 In the days since the West Virginia Democrat shut down negotiations on a major Democratic deal on climate and clean energy spending, some lawmakers and environmentalists have sought to use the decision to drum up support for electing more Democratic senators, with the goal of having 52 or so Senate Democrats.

That would allow Manchin, and at least one other Democrat, free to vote against aggressive climate policies while getting just enough votes to squeak such measures through the Senate. Under the budget reconciliation process, which Democrats used on their climate bills, only 50 votes — plus the vice president — would be needed to advance legislation.

Since Manchin isn’t up for election until 2024, expanding Democrats’ majority is the only way to pass policies he opposes through Congress.

“Democrats need to be very clear that one of their members is corrupt and captured by the fossil fuel industry — namely Joe Manchin,” Jamal Raad, executive director of Evergreen Action, told E&E News in an interview.

“We need to make the case that voice and his vote on energy issues will become irrelevant if you elect more Democrats,” he continued.

Craig Auster, vice president of political affairs for the League of Conservation Voters, said that everything that has happened lately “is just further showing that we really need to have more senators who care about the environment deeply in the Senate, because we don’t have a single Republican who’s willing to break with the fossil fuel industry and do the right thing with their constituents, and we don’t have 50 reliable votes for passing this kind of legislation.”

LCV, with its affiliates, spends more on elections than any other environmental organization.

“I think people understand that 50-50 is not a true majority,” Auster added.

Some Democratic lawmakers agree and have been vocal about the need to make Manchin irrelevant.

“We’re going to have to get two more Democrats, real Democrats [in the Senate], who will actually help us to implement the president’s agenda, not obstruct it,” Congressional Progressive Caucus Chair Pramila Jayapal (D-Wash.) recently told reporters (E&E Daily, July 18).

But carrying out the plan is easier said than done. Democrats face a number of headwinds in the midterms, including inflation and Biden’s unpopularity among voters, and are expected to have a tough time retaining enough seats to keep their House and Senate majorities, much less expand them.

“Ultimately, I think the Republicans are better positioned to get the Senate majority just because of the political environment, although the battle for the majority is very competitive,” said Kyle Kondik, managing editor of Sabato’s Crystal Ball, a project of the University of Virginia’s Larry Sabato.

“The other thing is that 52 Democratic Senate seats don’t matter if the Democrats lose the House at the same time,” he said. “The Democrats are very substantial underdogs in the House right now.”

But the Crystal Ball favors Republicans in the Wisconsin and North Carolina races and rates Pennsylvania a “toss up.” Furthermore, Democratic Sens. Mark Kelly (Ariz.), Catherine Cortez Masto (Nev.), Maggie Hassan (N.H.) and Raphael Warnock (Ga.) are all at significant risk of losing.

“The good news is: it’s not easy, but there are some pickup opportunities in the 2022 elections,” he said. “And if you’re able to add them and keep the ones who are running for reelection, all of the sudden, Manchin is no longer the crucial last vote you need.”

Brett Hartl, chief political strategist at the Center for Biological Diversity Action Fund, agreed with the strategy in principle to increase the Democratic majority. But he also blames Democratic leaders for the current razor-thin majority, pointing to candidates who lost close 2020 races.

“There were so many weak, centrist candidates who stood for nothing, who believed in nothing, who lost,” Hartl said. “And they’re always saying, ‘The progressives ruin it for everybody.’ Yeah, but your candidates suck.”

If Democrats want to win, they need to fully embrace bold strategies on climate change and other top priorities, even if it means Biden taking action unilaterally without Congress, he argued.

“Democrats have to show results. And if they can’t accomplish it through one path, they have to do it through something else.”