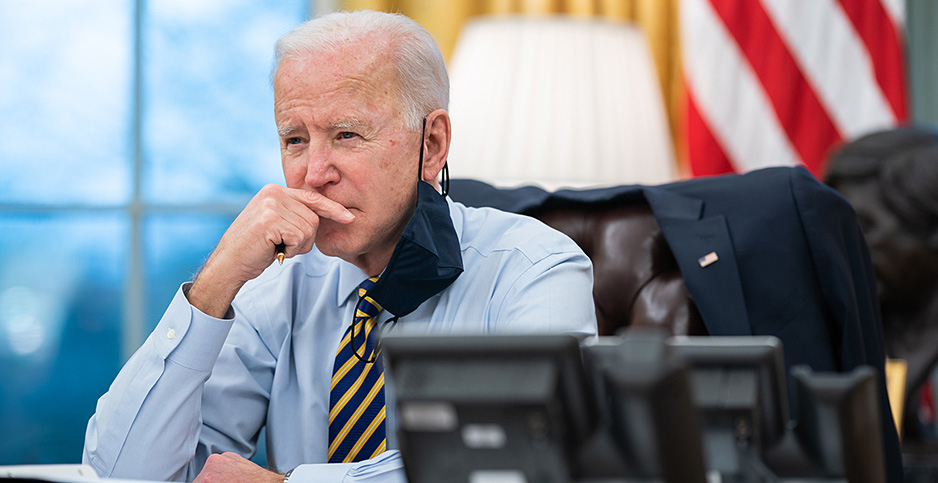 Progressives are pushing President Biden to move faster to scrap regulatory rollbacks finalized during the end of the Trump administration.

Advocates with left-leaning think tank Public Citizen said Trump officials violated the Congressional Review Act when they hurried to finalize rules on their way out the door.

Ironically, it is the same argument Republicans used in 2017 to target Obama regulations. "It looks like what goes around, comes around," said Cary Coglianese, a University of Pennsylvania law professor.

Progressives argued that the rules — on endangered species, air quality and logging in Alaska — never actually went into effect. That means Biden can more easily kill them.

"Since many last-minute regulatory rollbacks were never technically on the books when President Biden came into office, they ought to be easier to wipe off the books," wrote Public Citizen analysts Amit Narang and Matt Kent.

It comes down to a provision in the Congressional Review Act that requires hard copies of the regulations shipped to both chambers of Congress.

Indeed, on his first day in office, Biden chief of staff Ron Klain issued a regulatory "freeze" memo that is typical at the beginning of every administration.

The memo ordered rules that had not been published in the Federal Register to be paused for 60 days to allow for a fresh review (Greenwire, Jan. 20).

But Narang and Kent say the White House should expand the memo to cover more than a dozen regulations that were never properly sent to Congress.

The technicality matters, they said, because it’s potentially easier to repeal and replace a "frozen" regulation than rules that are fully operational by Inauguration Day.

It’s unclear whether the White House has already been looking into this option. The White House, Interior Department and EPA declined to comment. In the memo, Klain left open the option to "modify" or "extend" the scope of the freeze.

Wayne Crews, a scholar at the conservative Competitive Enterprise Institute, agreed with his left-leaning counterparts at Public Citizen that many rules are issued without properly being submitted to Congress.

"[A]t this transitional time, that circumstance works in their ‘favor,’ so to speak, when the short-term goal is that of reversing Trump’s late-game actions," he wrote in an email.

Crews noted the loopholes in the Congressional Review Act. "So the enthusiasm at the moment for CRA might be tempered with a bit of ‘be careful what you wish for,’" he wrote.

Trump actions that could be affected include a Forest Service logging rule that opened up the Tongass National Forest to development (Greenwire, Feb. 4).

Another is the critical habitat definition for endangered species, which would weaken protections for animals and rare plants.

Another is the EPA air quality standards for soot. The Energy Department’s less efficient standards for showerheads and dishwashers could also be axed.

Without Senate-confirmed bosses at many agencies, the regulatory agenda — to a degree — remains at a standstill. However, high-stakes EPA rules, including on scientific transparency and regulating greenhouse gas emissions, have already been vacated by the courts.