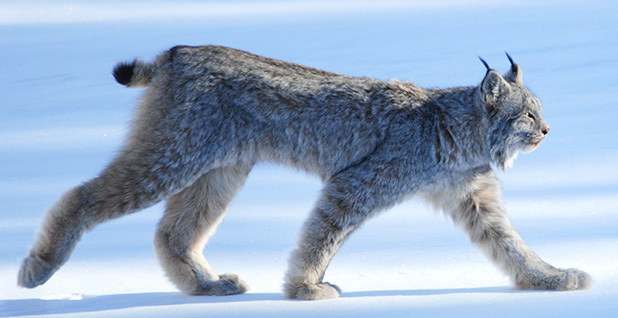 Legal experts say a lawsuit over lynx protection may be bound for the Supreme Court. Photo by Keith Williams. Courtesy of Flickr.

AUSTIN, Texas — Lawsuits over property rights and habitat protection for wildcats could be the next big environmental cases to head to the Supreme Court.

Speaking at an environmental conference here Friday, attorneys flagged cases on the regulatory taking of wetlands and lynx protections among those the justices might take up. Those lawsuits, they said, could have implications for how the government compensates landowners and how the courts determine whether environmental groups have standing to sue over federal rules.

The Obama administration has already asked the high court to hear its appeal in the high-stakes property rights lawsuit.

"That’s a case that we could well see up there within the next year," said Tim Bishop, a water law expert at Mayer Brown in Chicago.

In that case, Lost Tree Village Corp. v. United States, the U.S. Court of Appeals for the Federal Circuit found the government liable for $4.2 million after it denied a real estate company permits to fill wetlands.

The Constitution requires the government to provide landowners with "just compensation" when property is taken for public use. The developers, Lost Tree Village, argued that the 4.99-acre parcel in Central Florida’s John’s Island would be worth $25,000 without a fill permit and $4.8 million with a fill permit after being developed into residential property.

The government asked the full appeals court to rehear the case, but that request was denied. Last month, the administration asked the Supreme Court to take on the case.

In its petition asking the justices to hear their appeal, government attorneys argue the "court of appeals clearly erred," in part by determining that the land in question should be isolated from the developers’ other property interests for takings considerations. Lost Tree had already developed more than 1,000 acres under an option agreement to purchase property along Florida’s Atlantic coastline.

The lower court’s decision, the administration lawyers said, threatens to reward "private parties that can isolate less desirable and highly regulated portions of larger tracts and are most likely to have experienced the reciprocal benefit of land-use regulation."

Solicitor General Donald Verrilli asked the court to hear the case with another that the justices have already agreed to hear in the court’s next term, Murr v. Wisconsin, because similar legal issues are in play.

The Murr case involves four siblings who say regulators forced a merger of their two adjoining Wisconsin waterfront properties, hindered development and failed to properly compensate them for the economic loss they suffered. The siblings contend that the lots were purchased at separate times for separate purposes and therefore shouldn’t be combined for a takings analysis (Greenwire, Jan. 15).

"The petition for a writ of certiorari should be granted and the case should be set for argument together with Murr v. Wisconsin," Verrilli wrote. "In the alternative, the Court should hold this petition pending its decision in Murr, and then dispose of the petition as appropriate in light of that decision."

Another case the justices could soon take involves habitat protections for the threatened Canada lynx. The outcome could have big implications for when environmental groups can sue the government.

"I do think this will probably be the next large standing case for the Supreme Court," Lisa Jones, deputy assistant attorney general in the Justice Department’s environmental division, said at the event hosted by the American Bar Association. "You may want to keep an eye on it."

In that case, Cottonwood Environmental Law Center v. U.S. Forest Service, the San Francisco-based 9th U.S. Circuit Court of Appeals ruled that the Forest Service should have consulted with the Fish and Wildlife Service on whether its management projects in the northern Rocky Mountains would affect the threatened Canada lynx.

The Cottonwood Environmental Law Center argued in court that the Forest Service should have reinitiated consultation with FWS when it moved to expand the critical habitat for the species and included national forest lands. In particular, the group complained about a project in Montana’s Gallatin National Forest to clear vegetation across nearly 900 acres.

But instead of blocking the Forest Service project, the 9th Circuit sent the case to the lower court so the conservationists could present evidence of harm (E&ENews PM, June 17, 2015).

The Forest Service argued that conservationists lacked "standing" required to sue, because the group didn’t challenge a specific project that posed an imminent threat to its members.

In 2015, the 9th Circuit denied a request from the Cottonwood Environmental Law Center to rehear the case and another from the Forest Service asking for the full court to revisit the case. A petition could be filed this month asking the Supreme Court to hear the case.