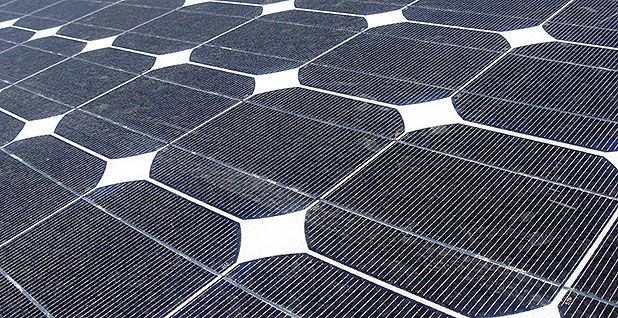 The Bureau of Land Management is proposing to establish a new leasing zone for solar power development in southern Nevada, the latest move by the Trump administration to promote renewable energy.

BLM today published a formal notice of intent in the Federal Register announcing it will prepare a resource management plan amendment and environmental assessment (EA) studying the impacts of commercial-scale solar power development in the region.

The proposed Dry Lake East Designated Leasing Area would cover 1,800 acres about 10 miles northeast of Las Vegas, in a region where the solar power industry has developed large-scale projects.

The Dry Lake East DLA would be just east of the Dry Lake Solar Energy Zone established by the Obama administration. The Dry Lake SEZ has been a major success, sparking development of three large-scale solar power projects capable of producing 442 megawatts of electricity — enough to power about 132,000 homes.

The goal of establishing the Dry Lake East DLA, according to the Register notice, is to eventually hold "a competitive lease auction for solar development" at the site.

"The proposal supports the administration’s ‘all of the above’ approach to energy that includes making public lands available for renewable sources like solar, wind and geothermal as well as coal, oil and gas," Chris Rose, a BLM spokesman in Reno, Nev., said in an email to E&E News.

The Dry Lake East DLA would be different from the 19 solar energy zones established by the Obama administration after years of study to determine suitable spots for commercial-scale solar projects with low natural and cultural resource impacts.

Unlike the SEZs, the DLA designation does not commit the agency to solar development alone, and could include other renewable energy projects, though "there has only been expressed interest in solar" in the region so far, Rose said in his email.

He said BLM aims to complete a final EA in six months.

Today’s notice, which also proposes to "segregate" the area at issue from new mining claims for up to two years, kicks off a 30-day public scoping period, running through May 14. The public scoping comments will help identify areas for study in the EA.

"The BLM strives to be a good neighbor in the communities we serve, and we look forward to receiving input from the public on this important proposal," Gayle Marrs-Smith, BLM’s Las Vegas field office manager, said in a statement.

One group BLM will hear from is Basin and Range Watch in Nevada.

The fact that the 1,800-acre site has not been evaluated, despite being in the same region as the Dry Lake SEZ, concerns Kevin Emmerich, the group’s co-founder.

"Since the project is almost 3 square miles, we think it should be reviewed with a full environmental impact statement," Emmerich said.

He acknowledged that the general area "is located near other developments, including a major highway and big solar projects." But the actual 1,800 acres "is very undisturbed and supports habitat for the desert tortoise, rare plants and other Mojave species," he said.

The project, he added, "will also eliminate a portion of the Old Spanish Trail, which is why a full environmental review would be far more adequate."

But other environmentalists, at least initially, said they’re pleased BLM is exploring the new leasing area.

"We support the Bureau of Land Management’s continued commitment to guide solar energy development to lower conflict areas for wildlife and other public values under its Solar Energy Program," Joy Page, director of renewable energy and wildlife for Defenders of Wildlife, said in an emailed statement. "We look forward to working with the agency to evaluate this proposed leasing area and to advance responsible solar energy development on public lands."

A push for solar?

The Dry Lake East DLA is the latest move by the Trump administration in recent months to support large-scale renewable energy development on federal lands.

The Obama administration approved 60 solar, wind and geothermal power projects on federal lands that will have a total capacity to produce about 15,500 MW of electricity — enough to power more than 5 million homes and businesses. Of those approved projects, 36 were solar.

But renewable energy development on federal lands has slowed under the Trump administration, which has approved one project — First Solar’s 210 MW White Wing Solar Project in Arizona. That project is on private land, and BLM’s right-of-way grant was limited only to allowing a 3.5-mile-long transmission line from the photovoltaic power plant to cross federal land.

It also states that "BLM anticipates approval of 2,000 MWs of new renewable energy capacity, presently in the permitting process, including 1,400 MW of solar power in California and Nevada as well as 600 MW of wind power in Nevada and New Mexico."

And last month, BLM announced it will partner with California to conduct a joint analysis of the proposed Crimson Solar Project, a photovoltaic solar power plant in Southern California that would have the capacity to produce 350 MW, enough to power roughly 100,000 homes (Greenwire, March 9).