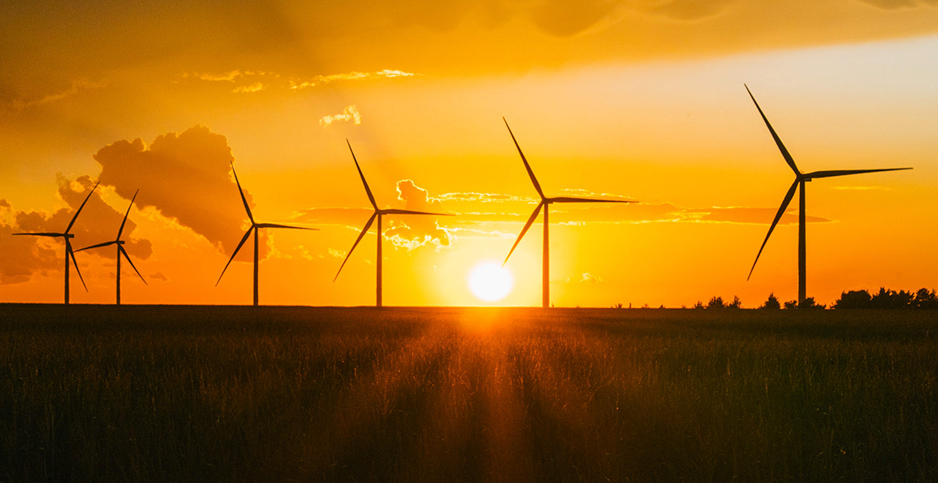 Kansas legislators are debating setback requirements for new wind energy projects that the industry says would end any new development in the state. ENGIE North America

Renewable energy development would dry up in the nation’s fifth-largest wind energy-producing state under a measure being debated in the Kansas Legislature this week, critics of the proposal warn.

Industry representatives said the restrictions wouldn’t just slow renewable build-out in a state where wind energy has thrived through political changes, deep recessions and even a pandemic. They would stop it entirely.

"I don’t speak in hyperbole when I say this bill ends the renewable energy industry in Kansas," said Kimberly Svaty, a lobbyist for the Advanced Power Alliance, a renewable energy advocacy group that works across the Great Plains.

At the heart of S.B. 279 are requirements for wind turbines to be at least a mile from property lines of neighboring landowners — and sometimes even farther. The regulations are similar to setbacks adopted in a rural southeastern Nebraska county last year and are among the most restrictive of any state in the United States.

Dave Kerr, a former Republican Kansas Senate president who helped attract a Siemens Gamesa Renewable Energy SA wind manufacturing plant to the town of Hutchinson, Kan., described the bill as "the most wind-unfriendly legislation in the entire Wind Belt."

While the specifics of the proposed siting bill are unique to Kansas, the tension over project siting isn’t.

Across the region and the country, siting battles over wind and solar projects are playing out with legislators, regulators and courts left to referee (see related story). Meanwhile, economic models show that continuing to reduce power-sector carbon emissions, and doing so at the least cost, relies on access to the best renewable resources available to a given region.

In Kansas, dozens of people testified in person and in writing on either side of the issue during the last two days of committee hearings.

On Monday, landowners said the lack of local zoning regulations in half of all Kansas counties has left them powerless to contest how wind projects are sited. Noise and lights from turbines adjacent to their homes have kept them awake at night, spoiled their views of the rural countryside, hurt property values, and impeded their ability to farm and ranch, they said.

Some said they were bothered by "shadow flicker" from spinning turbine blades and feared damage to their property from "ice throw" and broken turbine blades.

The wind industry says the claims about health effects from wind turbines are unsupported by mainstream science and that reasonable industry standard setbacks are an ample buffer from any potential damage from blade failure or ice throw. The industry also disagrees that wind projects negatively affect land values.

Developers said S.B. 279 and its 10 pages of proposed regulations go far beyond any reasonable limits on siting wind projects in Kansas.

Among them are requirements that turbines be located at least 3 miles from the nearest airport or public park.

As written, the measure could allow a community that builds a tiny "pocket park" to make more than 18,000 acres off limits to wind development, its critics pointed out.

Alan Claus Anderson, a Kansas City attorney who represents wind energy companies, said the bill wouldn’t so much protect the rights of neighboring landowners against unwanted development as it would infringe on rights of those who want to host turbines on their properties.

"Any of the provisions [in the bill] are so extreme, no one could site a project, not even close," he said. "That’s frankly the intent."

While wind development across much of the country is regulated at the local level, some states have imposed statewide setback requirements.

Among them is Ohio, where the GOP-controlled Legislature in 2014 mandated that turbines be at least 1,300 feet from the property line of nonparticipating landowners. The provision has stymied most new wind development in the state.

While the specifics of the Kansas bill only emerged a few weeks ago, it’s unsurprising to the wind industry that the committee chair, Thompson, would seek to limit wind development.

Before joining the Kansas Senate, the retired television meteorologist for Fox 4 in Kansas City founded the Academy for Climate and Energy Analysis, an official-sounding business through which he sought out speaking engagements to dismiss mainstream climate science and rail against renewable energy.

Thompson was appointed to his state Senate seat last year to fill an unexpired term and won reelection to the post representing his suburban Kansas City district last fall.

The political victory was notable for the fact that the wind industry, including the American Wind Energy Association and renewable energy giant NextEra Energy Resources, gave an unprecedented sum of money for a Kansas state Senate election to defeat him (Energywire, Oct. 29, 2020).

Industry representatives, testifying before Thompson yesterday, said wind developers have respected county zoning regulations across the state, including several Kansas counties that have banned commercial wind farms. They also challenged claims that companies such as NextEra have bullied or used lawsuits to get their way.

Patrick Hoffman, an attorney from Ellsworth, Kan., said economic development officials in his county "fought like crazy for years in Ellsworth County to get a Sonic [Drive-In]. A Sonic is about a $1 million investment. A wind farm is about a $300 million investment. There are just not industries out there that are willing to put that kind of money into rural Kansas."