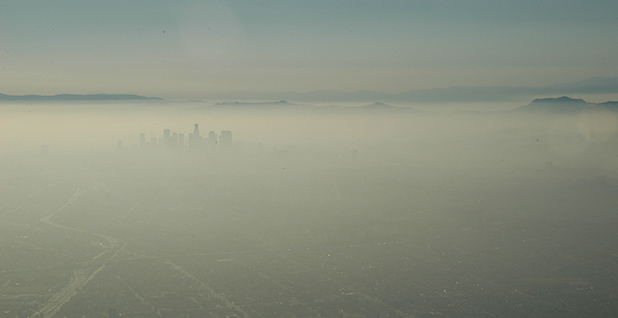 He said late yesterday that states must begin implementing the standard by this October as originally planned.

EPA "now understands that the information gaps that formed the basis of the extension may not be as expansive as we previously believed," Pruitt said in a notice posted online after the close of normal business hours. While leaving open the possibility of future delays, EPA "is not making such a determination at this time," the notice said.

The about-face represented a striking reversal for Pruitt, who had announced in early June that he was pushing back the statutory deadline for the state attainment designations for the 70-parts-per-billion standard until October 2018. At the time, he cited a Clean Air Act waiver that permits a one-year extension in situations where more information is needed to make the compliance decisions.

The delay was applauded by industry groups and some members of Congress, including Senate Majority Leader Mitch McConnell (R-Ky.), but denounced by environmental and public health organizations who sued last month to stop it.

For those groups, which have seen little to celebrate amid the Trump administration’s efforts to roll back regulations on a variety of fronts, Pruitt’s turnabout represented a welcome victory.

"To protect the health of Americans, EPA must move forward quickly," the American Lung Association and two other groups said in a joint statement today voicing satisfaction with the decision. With 2016 data showing unhealthy ozone levels in cities across the nation, cleanup work "must immediately begin" once EPA decides which areas are not in attainment, they said.

McConnell’s office had no immediate comment. A spokeswoman for Sen. Shelley Moore Capito (R-W.Va.), who also backed the postponement, said she will keep working to advance S. 263, a bill that would push back implementation of the 2015 ozone threshold until the middle of the next decade.

Congress "must provide a permanent fix to the broken process of reviewing and implementing ozone standards," the spokeswoman, Ashley Berrang, said in an email. A companion bill, H.R. 806, won House approval last month.

Pruitt was not available for an interview this morning, and employees in EPA’s press office did not respond to written questions by today’s publication deadline. But the reversal came shortly before today’s deadline for the agency to respond in court to a motion by the public health and environmental groups to stay or vacate the delay.

"I would say it’s not coincidental," said Ann Weeks, one of the lawyers representing those organizations in the suit, which is pending before the U.S. Court of Appeals for the District of Columbia Circuit. Weeks also speculated that EPA had taken note of the court’s refusal to go along with an implementation delay for another Obama administration rule limiting methane emissions from the oil and gas industry.

After a three-judge panel in that case last month rebuked Pruitt for trying to use a Clean Air Act reconsideration process to stall key provisions of the methane rule for 90 days, the court’s full complement of active judges this week ruled 9-2 that EPA must enforce the restrictions for now.

"This is an agency that has gone kind of rogue, and they [the judges] are going to make sure that the rule of law is followed," Weeks said.

EPA also faces a separate legal challenge filed this week by a coalition made up of New York and 14 other states as well as Washington, D.C., that similarly seeks to void the implementation delay. In a news release today, New York Attorney General Eric Schneiderman (D), the lead plaintiff in that suit, also hailed Pruitt’s reversal and said the coalition "will continue to take the legal action needed" to ensure EPA finalizes the attainment designations by this October.

Ozone, a lung irritant that is the main ingredient in summertime smog, is produced by the reaction of chemicals tied to fossil fuel production and combustion in sunshine. It is linked to asthma attacks in children and added breathing problems in people with emphysema and other chronic respiratory diseases.

Under the Obama administration, then-EPA Administrator Gina McCarthy had tightened the standard from 75 ppb to 70 ppb in October 2015, citing the Clean Air Act’s requirement to protect public health based on continuing research on ozone’s effects.

The attainment designations, which are supposed to be put in place two years later under the act’s timetable, are important because they start the clock on cleanup efforts for areas that are out of compliance. Over time, that process can lead to stricter emissions limits for industries and vehicles. States had turned in their attainment recommendations last fall.

At the Association of Air Pollution Control Agencies, whose members include 20 state regulators, Executive Director Clint Woods said in an email that they now look forward to working with EPA "to ensure there is adequate information and time to accurately address" the designations.

But the energy industry and other business interests have been lobbying for a delay, on the grounds that some areas of the country are still implementing the previous 75 ppb standard, set in 2008, and that air quality is continuing to improve regardless.

"Implementing both the 2008 and 2015 standards creates unnecessary complexity and inefficiency, in addition to needlessly burdening the states and businesses with potentially enormous costs," Howard Feldman, the American Petroleum Institute’s senior director for regulatory and scientific affairs, said in a statement.

But in filing suit this week, Schneiderman pointed to EPA forecasts that the tighter standard will annually prevent hundreds of premature deaths by 2025 and yield net health benefits worth up to $4.5 billion. Those estimates excluded California, which is expected to need more time to comply.

In June, Pruitt had announced the delay with no advance notice and no attempt to gather public feedback. Among other issues, he said, EPA needed to fully understand the impact of background ozone as well as ozone that wafts into the United States from other countries.

At Congress’ direction, Pruitt said, he had also created an Ozone Cooperative Compliance Task Force to develop "additional flexibilities" for compliance. Under the provision creating the task force — which was tacked on to a fiscal 2017 spending bill signed in early May — Senate Finance Chairman Orrin Hatch (R-Utah) had ordered it to report back in 90 days.

In an interview last week, Hatch said he was uncertain whether the task force would meet that deadline, adding that he had "kind of lost track" of its status. EPA has released little information about the task force or its members, saying only that it is "an internal working group of key EPA staff who have relevant expertise" and that its report will be made public.

Agency spokespeople did not reply to an email today asking when the report will be released.