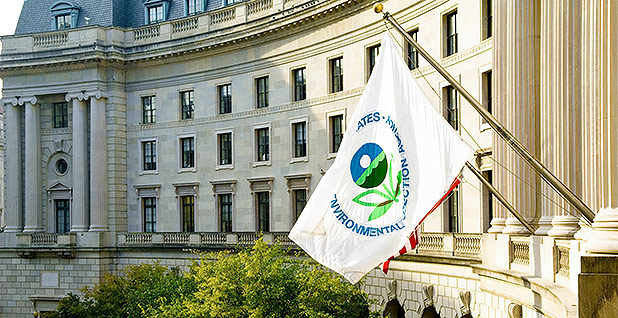 The unsigned directive, released last week, orders agency employees to route the final drafts of all grant solicitations for review by John Konkus, the deputy associate administrator in EPA’s Office of Public Affairs.

If the Office of Public Affairs approves the solicitation, the relevant program office must attach a copy of any comments or revisions from Konkus to the "work flow" section of EPA’s grants management system. Konkus is also responsible for flagging any legal or competition concerns, the document indicates.

The memo, which attributes the new policy to Pruitt’s office, doesn’t explain the rationale for putting Konkus or the public affairs office in charge of reviewing solicitations.

In response to a half-dozen written questions from E&E News about Konkus’ qualifications and other issues, EPA spokeswoman Liz Bowman issued a statement today: "Grants are being reviewed to ensure they adhere to the Trump administration’s goals and policies and the EPA’s back-to-basics agenda."

The Office of Public Affairs is the agency’s communications arm, charged with fielding questions from reporters and writing speeches for top EPA officials. It has typically had no role in EPA’s grants programs, apart from sending out press releases when individual recipients are chosen.

Under the Obama administration, for example, grant-related decisions were typically made by career people, said Karl Brooks, who served as acting head of EPA’s Office of Administration and Resources Management for about a year-and-a-half.

While grants make up more than half of EPA’s current $8.1 billion budget, the lion’s share of that money flows to states and other entities through formulas.

While political appointees once had some sway in directing grant decisions, the funding amounts at stake were usually "very small," Meiburg said, adding that appointees’ influence had steadily diminished over time in favor of awarding grants solely through competition.

This spring, for example, he declined to reappoint dozens of members of the agency’s Board of Scientific Counselors, an advisory panel on research activities, to customary second three-year terms. A spokesman suggested Pruitt wanted to make room for more representatives from industry. After seeking a fresh round of nominations for the board, however, the agency has yet to announce replacements.