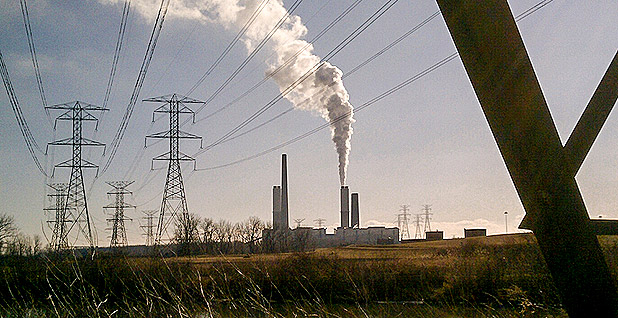 U.S. EPA Administrator Scott Pruitt is instructing agency officials to effectively drop enforcement of one key facet of the New Source Review program, in what could be a prelude to broad changes in the handling of air permits for both new plants and expansions of existing facilities.

In a memo released last night, Pruitt told EPA regional administrators the agency is launching a review of NSR requirements. It will assess opportunities "to make improvements" by clarifying or revising the relevant regulations, provide technical support and oversight for states that administer the program, and evaluate enforcement efforts.

As the memo acknowledged, that issue has been at the crux of long-running litigation before the 6th U.S. Circuit Court of Appeals over DTE Energy Co.’s overhaul of a generating unit at its coal-fired Monroe power plant in southeastern Michigan.

The litigation, initially brought by the Detroit-based utility in 2010, has been closely watched in business circles. The appeals court has twice sided with EPA over whether the upgrades to the 3,300-megawatt plant count as a "major modification" that should have brought additional regulations.

DTE has argued the overhaul was routine maintenance that didn’t warrant a pre-construction permit under the NSR program. In its second decision on the case this past January, however, a three-judge panel on the 6th Circuit ruled 2-1 that EPA had a right to question the company’s pre-construction emissions forecast and that the actual emissions following the project’s completion were irrelevant (Greenwire, Jan. 11).

As a rule, EPA will no longer make such challenges unless there is "clear error" or the companies don’t follow procedural requirements, Pruitt wrote in yesterday’s memo. DTE has since appealed the 6th Circuit’s decision to the Supreme Court, which could announce as early as Monday whether it will take the case. In the meantime, EPA "does not intend to pursue new enforcement cases in circumstances such as those presented in the DTE matter," he added.

"The practical implications are that coal-burning power plants get away with massive emission increases that they falsely project and the EPA ignores" because of Pruitt’s directive against second-guessing, Walke said in an interview this morning.

Attempts to get comment from the Edison Electric Institute, which represents investor-owned utilities like DTE, were unsuccessful this morning.

In a recent report to the White House, Pruitt had called for a re-evaluation of the NSR program and announced formation of a task force to study the issue (E&E News PM, Oct. 25). He again alluded to the task force at a hearing yesterday before the House Energy and Commerce Subcommittee on Environment but volunteered little other information on its activities.

Employees in EPA’s press office did not respond to emailed requests yesterday and today from E&E News for a list of the task force’s members and an explanation of its exact purview.