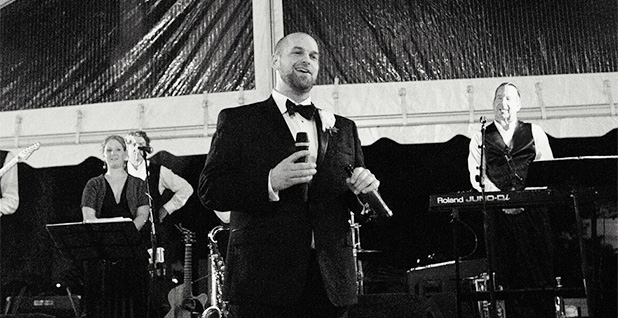 EPA Administrator Scott Pruitt met today with the families of three men who were killed by a paint-stripping chemical that the Obama administration sought to ban from commercial use.

Drew Wynne and Joshua Atkins, both 31, and Kevin Hartley, 21, all died since last October while working with paint strippers containing methylene chloride.

The families sat down in the administrator’s Washington office for about 35 minutes with Pruitt; Ryan Jackson, his chief of staff; Nancy Beck, the top political appointee in EPA’s chemicals office; and two other aides, according to Brian Wynne, Drew Wynne’s older brother.

They told the EPA leaders about how they lost their loved ones and pressed Pruitt to finalize an effective ban on the chemical proposed by the Obama EPA.

The previous administration moved to require methylene chloride to be distributed in 55-gallon drums, an effort to remove the toxic chemical from store shelves. But under Pruitt’s leadership, EPA repeatedly pushed back the date the rule would take effect, and late last year, the Trump administration moved the regulation into its "long-term" action category for which there is no implementation date.

The response the families got from Pruitt was disappointing, Brian Wynne argued.

"We appreciate him meeting with us," he said. "But we’re not satisfied with what we got out of it. And we made that very clear. Anything short of a ban is not going to work for us."

Brian Wynne pledged to continue pressing "the issue from a legislative angle and from a retail angle" and predicted that "we’re going to get a ban very soon."

The agency has known since 2015 that methylene chloride poses acute risks to users, including asphyxiation and heart attacks. Long-term exposure can also cause cancer and damage to the liver and kidneys.

Brian Wynne called E&E News after meeting with Pruitt’s team and a lawmaker who represents his family, Sen. Tim Scott of South Carolina. Scott was one of three Republican lawmakers from the Palmetto State who urged Pruitt earlier this year to restrict the sale of methylene chloride, which has killed more than 50 people in the last 35 years.

The Wynne family is also urging Lowe’s, where Drew Wynne bought the paint stripper that killed him, and other home improvement retailers to phase out sales of potentially deadly methylene-chloride-containing products (Greenwire, March 29).

Meanwhile, Democratic lawmakers have been pressuring EPA to act, too. Pruitt faced questions about methylene chloride in both of his House budget appearances last month.

Pruitt told lawmakers then: "I take this issue very seriously."

When pressed for a timeline on when EPA would decide on the Obama administration proposal, he said, "It kind of depends on the volume of comments. But I would imagine that it’s something that we can do this year."

Pruitt reiterated that commitment in today’s meeting, which was arranged with the help of the public health advocacy group Safer Chemicals, Healthy Families. That did little to satisfy Brian Wynne.

"Soon is not acceptable when people are dying," he said.

Asked to comment on the meeting, an EPA spokeswoman said only that the agency is reviewing public reaction to the methylene chloride proposal "including comments suggesting that EPA quickly finalize these actions and comments suggesting that these actions be evaluated as part of the group of the first ten chemicals undergoing initial risk evaluations under the Lautenberg amendments to [the Toxic Substances Control Act]."