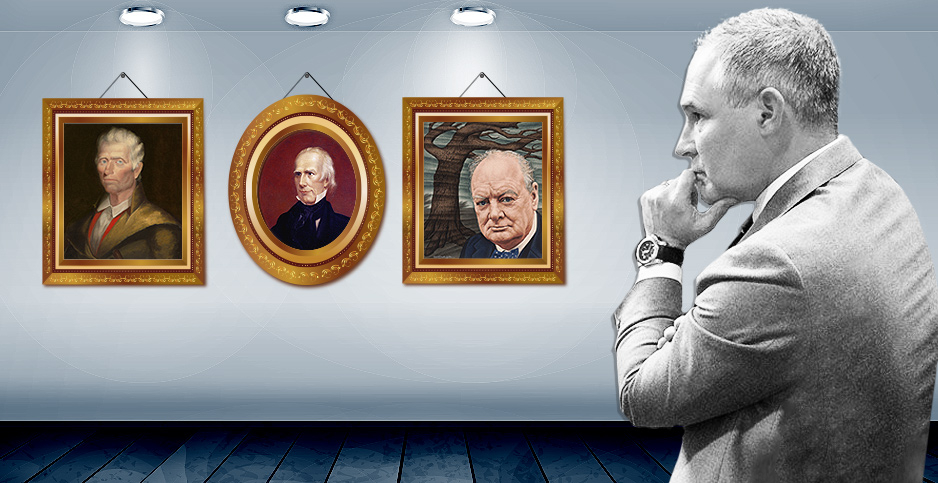 The EPA boss asked the Smithsonian Institution last year for portraits of Winston Churchill and Daniel Boone, but he was told he couldn’t have them, newly released emails show.

Pruitt’s executive assistant first reached out to the National Portrait Gallery last May about acquiring the art for her boss, according to the emails, released to the Sierra Club under the Freedom of Information Act.

"We love the Marshall and Monroe and would love to get more if possible," wrote Hale, referring to American founders John Marshall and President James Monroe.

EPA had previously obtained portraits of the two founders in April, incurring a $750 cost for installation and delivery, according to other documents obtained by watchdog group American Oversight.

Hale added in another email, "I see that there are several Daniel Boone and Winston Churchill portraits. Are they available for loan?"

The Smithsonian’s Beth Isaacson responded that she would look into the request.

After some back-and-forth discussion about where to hang the portraits — the fireplace was off-limits due to poor lighting — Isaacson had bad news.

"I just heard from our chief curator and she is not willing to lend Sir Winston Churchill right now because she is not sure when we might need him again for our exhibition purposes," she said.

Hale inquired, "How about Henry Clay?"

A week and a half later, after the Smithsonian’s chief curator had returned from vacation, Isaacson delivered more bad news.

"So, the bottom line is this — we have been bombarded by requests from the new administration for portraits and after discussing with the curators we have decided to limit the number of objects on loan to any ‘high-ranking government official’ to two," Isaacson wrote.

Ryan Jackson, Pruitt’s chief of staff, said he wondered whether his boss could acquire artwork instead from the Gilcrease Museum in Tulsa, Okla.

Jackson looped in Michael Junk, deputy mayor of Tulsa, where Pruitt still has a house.

"Damn it. Junk, can you help us with Gilcrease?" Jackson said.

Gilcrease ultimately declined to loan original art, saying the pieces were in too poor shape for official display. But the museum offered to provide replicas.

When EPA requested the painting of Winston Churchill, it wasn’t the first time Pruitt had shown an affinity for the legendary British leader.

Ideologically an economic liberal, Churchill switched parties in 1904, defecting from the Conservatives to join the Liberals in the House of Commons.

In the 1930s, Churchill emerged as a leading voice urging that greater attention be paid to the threat posed by Nazi Germany. Later, as prime minister of the United Kingdom, he led Britain to victory in World War II, cementing his place as one of the 20th century’s most influential figures.

Tyler Oberlag, manager of guest services and museum operations at the National Churchill Museum, said it’s common for powerful people to look up to Churchill.

Another prominent Churchill admirer is former President George W. Bush, who unveiled paintings he had done of Churchill during an event earlier this week in Dallas, Oberlag said.

"I would say that Churchill is a hero to a great many people in positions of power and influence," he said. "At a very difficult time for his country and the world, he took lonely positions and in very powerful language defended the cause of freedom."

Oberlag declined to comment on what admiration of Churchill says about Pruitt, noting that the museum doesn’t typically weigh in on partisan issues.