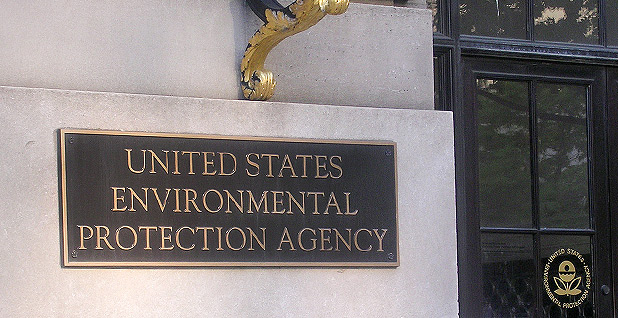 U.S. EPA Administrator Scott Pruitt — one of President Trump’s most controversial Cabinet-level picks — was expected to request an around-the-clock security detail from his agency, according to an internal agency email obtained by E&E News.

Such protection would mark a dramatic increase from security given past administrators and could curtail resources available for EPA’s criminal enforcement, according to former agency officials.

Ahead of Pruitt’s Senate confirmation last Friday, the head of EPA’s criminal enforcement office sent an email to staff noting, "Based on conversations with the transition team, we anticipate that Mr. Pruitt will initially request a 24/7 detail."

In the past, EPA’s administrators have received door-to-door security protections. That involved having agents provide transportation to and from work and travel with them to events during the workday or on international business trips.

Fred Burnside, who was director of EPA’s Office of Criminal Enforcement, Forensics and Training from 2008 until 2010, said the administrator’s protection staff has ranged from about six to eight full-time employees in recent years.

If the administrator traveled outside of Washington, special agents from EPA’s criminal enforcement office would be asked to pitch in. When former EPA Administrator Gina McCarthy worked from her hometown in Massachusetts, for example, agents in EPA’s Boston-based office would pitch in to offer security.

An EPA agent would meet McCarthy at the airport and drop her off at home, said Michael Hubbard, who retired after serving as special agent in charge of criminal enforcement in EPA’s Region 1 office in Boston. McCarthy "made it as easy as humanly possible," Hubbard said.

It’s unclear what Pruitt has requested for his protection. EPA spokesman Doug Ericksen today declined to comment on security procedures.

But in the meantime, Barnet wrote to staff in the Feb. 16 email, he’s asked special agents from EPA’s criminal investigation division to offer support. He thanked the special agents who already volunteered to help provide security over the next several weeks.

"Moving forward, we will seek the necessary resources for the [Protection Services Detail] once we gain a better understanding of the Administrator’s requirements," Barnet wrote. He added that "onboarding Special Agents to support an expanded PSD mission, if required, could take several months." Barnet also said he’d work to minimize the impact on the agents’ criminal investigation work.

Former officials said that drawing on criminal investigators to pitch in on Pruitt’s security detail will sap resources from an office that’s already struggled in recent years.

"That will have a significant impact on the ability of EPA to enforce criminal regulations," said Burnside, who’s now a managing member of the Burnside Environmental Group.

EPA is required by law to have 200 federal law enforcement agents to investigate and enforce environmental crimes. But the ranks have dropped below that number in recent years amid budget cuts and EPA staff reductions. The agency had about 177 agents in late 2013, and current and former staff have warned that environmental crimes have gone unchecked (Greenwire, April 10, 2014).

Hubbard said recruiting criminal investigators to provide security would hamper their ability "to work any meaningful cases." He added, "You’re now going to take working agents and have them give babysitting service to Pruitt."

Hubbard said, however, that there may be "legitimate and valid threats" that would prompt Pruitt and EPA officials to want to bolster his security.

Protesters on the left have been out in force against Pruitt, who has made it clear that he wants to scale back many of the Obama administration’s signature environmental rules.

"I think there’s more controversy with this appointment than I’ve ever seen in any of the past appointments for EPA administrator, so that could translate to more of a need," said Burnside.

Other Trump administration officials have gotten tighter security protections, too.

Myron Ebell, who was the head of Trump’s EPA transition team, said boosting security for Pruitt is a wise move.

"I think it’s prudent given the continuing activities by the left to foment hatred, and the reported hostility within the agency from some unprofessional activists," Ebell said.

Ebell was also the target of protests while he leading the EPA transition team. Hundreds of students marched in November from Georgetown University to protest outside his office at the Competitive Enterprise Institute, the Post reported.