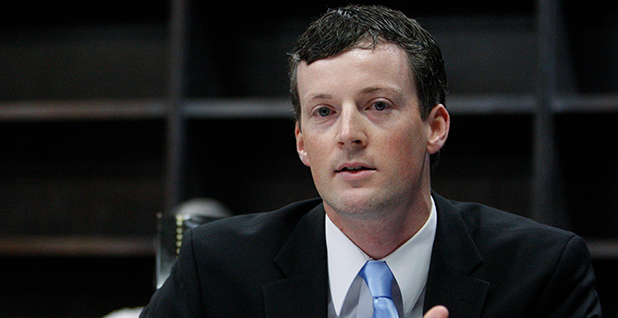 A friend and former colleague of EPA Administrator Scott Pruitt could be headed to the federal bench in the coming weeks.

During Pruitt’s tenure as Oklahoma attorney general, Wyrick served as solicitor general and worked closely with the future EPA administrator in his largely unsuccessful legal assault against Obama-era air regulations.

He served as solicitor general for the state between 2011 and 2017. On Feb. 10, 2017, a week before the Senate confirmed Pruitt to lead EPA, Oklahoma Gov. Mary Fallin (R) appointed Wyrick the newest member of the state Supreme Court.

In the statement announcing the state Supreme Court appointment, Pruitt praised Wyrick as a "dear friend and trusted counselor."

"His wisdom, compassion and integrity are unparalleled among the many public servants with whom I’ve had the pleasure of working," Pruitt said then.

Along with work histories, Wyrick and Pruitt share a love of baseball.

While serving as lawyers for the state, both Pruitt and Wyrick were wrapped up in a controversy over the influence of the fossil fuel industry in Oklahoma.

Wyrick’s name appeared in a series of email exchanges at the heart of a New York Times investigation that showed Pruitt had a cozy relationship with the fossil fuel industry during his tenure as Oklahoma attorney general.

According to a financial disclosure statement submitted to the Senate Judiciary Committee, Wyrick owns shares in Devon, as well as Chesapeake Energy Corp.

Ahead of tomorrow’s hearing, progressives ramped up their criticism of Wyrick. The Alliance for Justice said in a statement that Wyrick did not have the "record or ethics" to serve a lifetime appointment in federal court.

"Patrick Wyrick’s record shows that he is close to one of the most ethically compromised officials in the Trump Administration, EPA Administrator Scott Pruitt," Alliance for Justice President Nan Aron said in a statement.

"In fact, Wyrick is so close to Pruitt, and so cozy with oil and gas lobbyists, that the lobbyists used him to feed industry talking points to Pruitt when Pruitt was Oklahoma’s attorney general crusading against the EPA."

Wyrick was just 35 years old — and eight years out of law school at the University of Oklahoma — when he was appointed to the state’s high court. Now, at age 37, Wyrick would be among Trump’s youngest lifetime appointees to a federal court.

Wyrick is also on Trump’s shortlist of potential nominees for the next vacant Supreme Court seat.