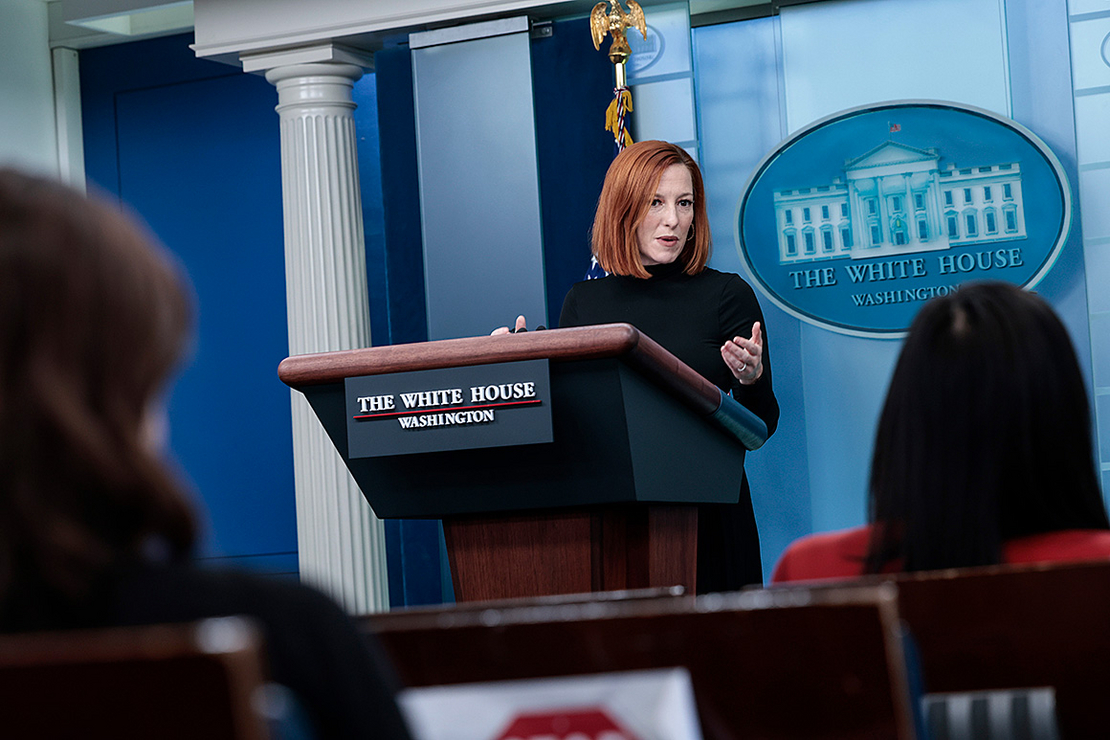 Psaki told reporters during this afternoon’s media briefing that the probe of Lander, a renowned mathematician and geneticist, stemmed from President Biden’s policy of making sure the White House is a “safe and respectful workplace.”

“No one is suggesting this behavior is acceptable — quite the opposite,” Paski said. “We put in place this Safe and Respectful Workplace Policy to ensure there was a mechanism, right, to conduct investigations, which was conducted in this case.”

A former colleague, Rachel Wallace, filed a workplace compliant against Lander, who leads the Office of Science and Technology Policy, according to POLITICO. Other colleagues said Lander demonstrated bullying and mean behavior behind closed doors.

Details of Lander’s actions surfaced after he sent a note to staff, apologizing for acting in a “disrespectful and demeaning way.”

“We will take concrete steps to promote a better workplace,” he wrote. “We will schedule regular forums to check in with staff on how we are doing in creating and upholding a safe and respectful workplace.”

An OSTP spokesperson said: “We’re letting Eric’s Friday apology to our team speak for itself.”

During today’s briefing, reporters asked Psaki about Biden’s “zero tolerance” policy for workplace infractions. Psaki repeatedly said that Lander’s behavior was “not acceptable” and that top White House officials are monitoring the situation.

“Our objective — and the president’s objective — is to prevent this behavior from ever happening again,” she said.

A number of observers, including scientist Roger Pielke Jr., took to Twitter to declare the group 500 Women Scientists was right. The group scoffed at Lander’s nomination early on, proclaiming he had a reputation for having an “ego without end” and erasing the contributions of two women scientists. The White House said its probe did not find evidence of gender discrimination.

Lander is scheduled to testify tomorrow before a House Energy and Commerce subcommittee hearing on health care-related issues.