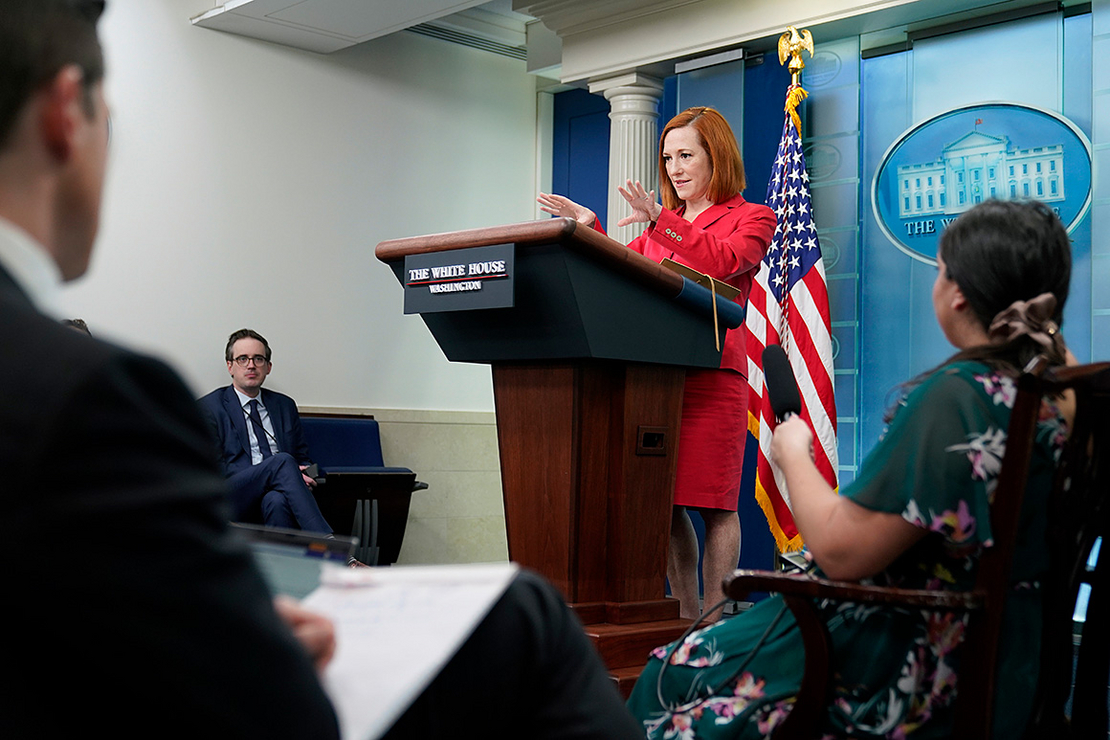 White House press secretary Jen Psaki said today “no decision has been made at this point” by the Biden administration about imposing a ban on Russian oil imports.

With talk of an import ban circulating on Capitol Hill in the wake of the Russian invasion of Ukraine, including the possibility of legislation, Psaki underscored the fact that multiple foreign policy responses are under consideration.

“Those discussions are ongoing internally and also with our counterparts and partners, in Europe and around the world,” Psaki told reporters at the daily White House press briefing.

“We’re very well aware as we’re having these conversations and as we’re consulting with our partners that we have different capacities and capabilities” concerning a possible ban, Psaki said.

While the U.S. has so far worked closely with European allies on sanctions against Russia, Psaki said “I would look at [possible oil sanctions] through a different prism than past coordinated efforts.”

Lawmakers on both sides of the aisle have introduced a flurry of bills to block Russian energy imports and increase domestic production. Senate Energy and Natural Resources Chair Joe Manchin (D-W.Va.) has been particularly vocal on about the issue.

The legislation would give the president new authority to increase tariffs on products from Russia and Belarus. It would also push for suspending Russia from the World Trade Organization.

The Associated Press this afternoon reported that senior U.S. officials went to Venezuela over the weekend in a bid to reach out to the country about oil imports — which have been frozen since 2019, when the Trump administration imposed sanctions on President Nicolás Maduro’s government.

Pressed why the administration would confer with the government of Venezuela about oil import issues, given the reputation of the Maduro regime, Psaki stressed that officials “discussed a range of issues” and that “we’re never going to miss an opportunity to do exactly that.”

She did not provide further details about discussions with either Venezuela or Saudi Arabia.

Psaki also sought to bat down repeated questions, from a Fox News correspondent and others, about the Biden administration’s responsibility for high gas prices and whether the U.S. needs to authorize more drilling.