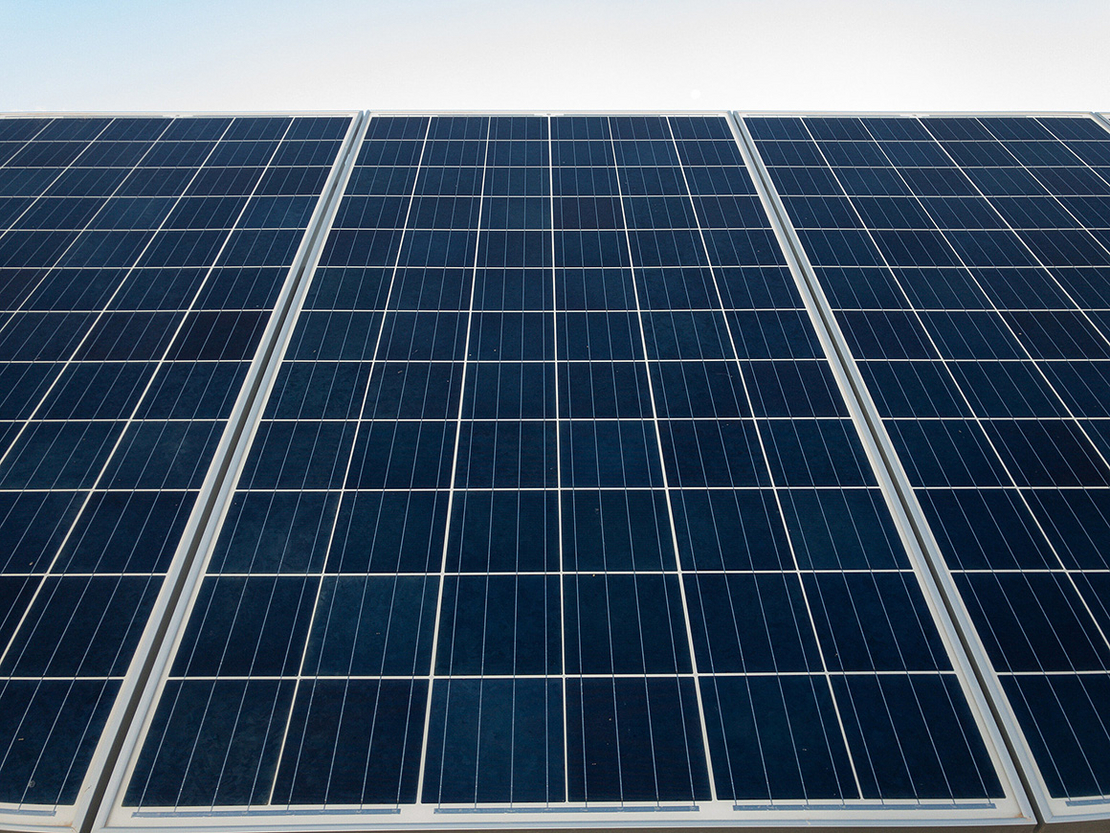 Solar developers and Georgia Power Co. are at loggerheads over the financial treatment of utility-scale projects — and observers say the outcome could chill future renewable energy development in the battleground state.

The conflict involving the state’s largest utility comes as the Biden administration is facing significant headwinds for its goals of decarbonizing the U.S. power sector by 2035 and having a net-zero economy by 2050.

In the heart of the Southeast, Georgia is important for the nation’s climate goals because of its size. It currently ranks seventh nationally in solar development, according to the Solar Energy Industries Association. Almost no Southeastern states have a renewable energy mandate or a statewide carbon-cutting goal.

Also, while Georgia and its electric companies are transitioning to using cleaner sources of electricity, the political muscle of Georgia Power and its parent Southern Co. means that move may be dictated by the utilities and will go at their pace. Georgia Power is the largest electric company of the three owned by Southern, which means any shift in the utility’s energy mix will affect the others in Alabama and Mississippi.

Georgia Power plans to double its renewable energy footprint by 2035, however, according to its most recent 20-year electricity plan, filed in late January.

“We’re making a transition to a larger renewable fleet with a high focus on protecting the environment and supporting the communities and customers that we serve,” Chris Womack, Georgia Power’s CEO, said in an interview this year.

At issue now is who will pay for so-called interconnection studies after long-term solar power agreements between developers and Georgia Power expire. State utility regulators are scheduled to vote on this issue tomorrow.

The utility and solar developers have used a competitive bidding process to ink dozens of such deals in the past decade lasting typically 20 to 30 years, rapidly expanding solar power in a state that once relied heavily on coal.

The life of a large-scale solar project can be 15 or 20 years longer than that, however. So a developer can elect to keep operating solar arrays once an agreement with Georgia Power expires.

An operator would then sell electricity to Georgia Power under a federal law known as the Public Utility Regulatory Policies Act (PURPA), which requires electric utilities to purchase energy from small power producers. In 1981, the Federal Energy Regulatory Commission capped “small” at a capacity of 80 megawatts, even if the facility’s gross electricity generation exceeds that (Energywire, Oct. 5, 2020).

But before that solar array can continue to operate, Georgia Power wants to make sure upgrades to the grid aren’t needed. In the 20 or 30 years since agreements may have been struck, the power grid has changed, according to the electric company.

For example, Georgia Power may have built additional substations, transmission lines or other infrastructure to support a solar project decades ago and then added or removed other generation along the way.

Georgia Power said it requires any power generator — whether it uses fossil fuels or renewables — to do an engineering study before it continues to buy the solar power from that project and money changes hands.

This work can cost millions of dollars, and Georgia Power thinks the developers should pay for it.

“If the restudy is not done, the required network upgrades are not completed, then the integrity of the system is put at risk,” said Steven Hewitson, an attorney from Troutman Pepper, which represents Georgia Power. “That is simply not a risk that Georgia Power is willing to take for its customers.”

The solar industry sees the electric company’s point on requiring a study for each solar project, but it doesn’t want to pay for the study, either.

“[Developers would] potentially have to pay for upgrades that they certainly were not envisioning when they interconnected 20 years before,” said Brad Carver, an attorney with Hall Booth Smith PC who represents the Georgia Large Scale Solar Association.

If the ball lands in the hands of Georgia Power, the utility can ask to recoup those costs from its customers, a move the electric company doesn’t think is fair, either. Keeping a solar array operating is a business decision, as developers can continue making money for a longer period, according to the utility.

“It doesn’t seem fair to ask [Georgia Power] customers to absorb more costs so that developers can generate more revenue at the end of the [long-term] agreement,” said Hewitson, the attorney representing the utility.

For Georgia Power’s part, the original engineering study is done to coincide with the length of the long-term agreement, “no less but also no more,” Hewitson said. The electric company does not make upgrades to the power grid as if the solar system would be delivering power after that because the decision to do so would be up to the developer, he said.

PSC Vice Chair Tim Echols, a Republican, asked Hewitson whether he thought the argument from the solar companies was a legitimate one.

“That the companies weren’t expecting this, and now this is something that’s going to affect their project, strand their project, do you think that’s fair?” Echols asked.

“I understand their point … that they didn’t consider this an issue,” he said. “But it wasn’t Georgia Power’s [responsibility] to say, ‘What are you going to do with this?’”

Georgia Power wants to approximately double the level of renewables on the grid by 2035, adding 6,000 MW — likely including solar — to bring the total amount of renewables to 11,000 MW by that time, according to its latest long-term energy plan, which state utility regulators are vetting now.

Carver argues that a looming decision from the Georgia Public Service Commission on who pays for the engineering studies potentially could affect every current and future supply-side utility scale and distributed generation project that is less than 80 MW, the PURPA cap. That’s roughly 313 contracts.

Solar advocates are anxious to resolve this issue soon, as PURPA’s requirements on the size of a project likely will play a large role in future solar development. To be clear, outside of the 313 contracts that were signed within the past decade or so, time is of the essence to resolve the issue before Georgia Power moves to procure the hefty amount of solar it has proposed in its long-term energy plan.

Like most electric companies, Georgia Power had little solar to speak of on its grid 10 years ago. It has been using a competitive bidding process to procure utility-scale solar for roughly eight years in various programs that have evolved over time.

Utility-scale solar makes up the bulk of the renewable energy on Georgia Power’s grid.

Utility commissioners in the state have been concerned about having large swaths of solar panels as stranded assets if developers think that the engineering studies and upgrades are cost prohibitive compared to the money they would make operating the projects for another 10 years.

Others have been worried that solar developers would artificially bake in those costs to the competitive bid price, which typically gets passed on to Georgia Power customers if that project gets connected to the grid.

Additionally, the Covid-19 pandemic kicked off a series of supply chain issues. The Biden administration’s preliminary investigation into whether to place tariffs on solar panels and components from four Southeast Asian territories also has strained the solar industry.

“We’re already going to be seeing higher prices because of the supply chain issues in the market,” said Commissioner Jason Shaw, a Republican, during a recent hearing.

Carver proposed that large-scale solar developers find a way to ensure Georgia Power would continue to get the solar electrons after the long-term agreement has expired — and that solar developers wouldn’t have to pay for another study and potential upgrades to its system.

That would protect the grid’s reliability and ensure that the best, most competitive solar projects connected to it, he argued.

“It protects our existing projects, it protects them from being stranded [assets], and it also is not going to chill the market going forward,” Carver said.

The commission is set to vote on the issue tomorrow, but even setting that date led to drama.

In an Energy Committee meeting on April 28, PSC Chair Tricia Pridemore, a Republican, blasted Carver for calling the night before asking that regulators push off taking up the item because all sides hadn’t reached a deal.

This was after roughly a year of discussion and two previous committee meeting delays.

“That happens at almost every docket item that involves your client,” Pridemore said. “We get the eleventh-hour scream.”

Carver continued to plead his case by praising the commission for its pro-solar policies.

Indeed, the PSC has set up a competitive bidding process for solar that Carver argued is the chief reason behind the state’s solar growth.

More than six years ago, the state was ranked No. 17 nationally for solar development, according to SEIA, before cracking the top 10 and later moving into the seventh spot.

“You have corporate customers from all over the country that are looking at your market because of what you’ve done,” Carver said.