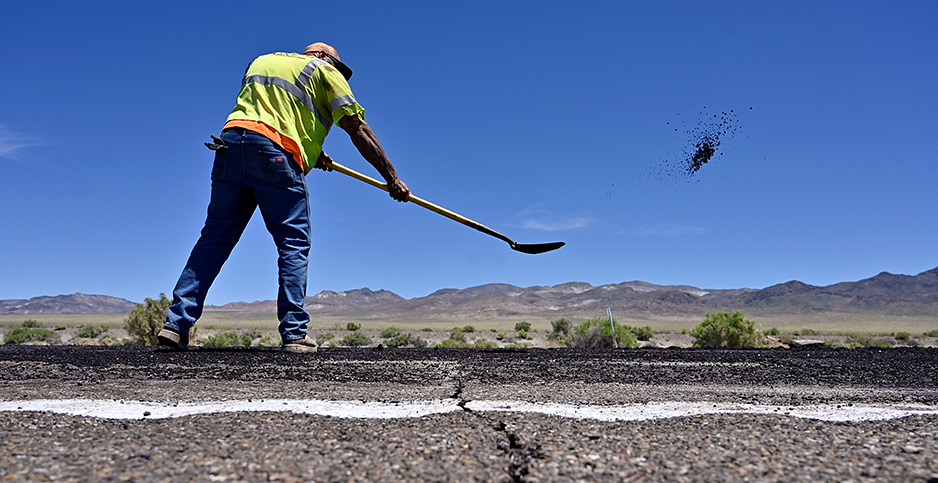 Last week’s earthquake was the third within 150 miles of the Yucca site in the past two years. Seismicity could threaten not only the site itself, but associated nuclear waste transportation pathways.

"Last week’s 6.5 magnitude earthquake less than 150 miles from Yucca Mountain only solidifies what my colleagues and I in the Nevada delegation have argued in our opposition against designating Yucca as the nation’s sole nuclear waste repository site," Sen. Jacky Rosen (D-Nev.) said in a statement to E&E News.

"We know that this site sits atop an aquifer and is seismically active and that the proposed transportation routes to Yucca Mountain — some of which would be less than a dozen miles from this earthquake’s epicenter — are close enough to communities to place them at severe risk."

Nevada lawmakers remain concerned despite the Trump administration’s moving to abandon the site, citing the state opposition. Some Republicans on Capitol Hill still support Yucca and note that it remains the only congressionally approved nuclear waste option.

Before last week’s seismic event, the region saw magnitude 6.4 and 7.1 earthquakes in Ridgecrest, Calif., about 100 miles southwest of Yucca Mountain.

The site is on the path of Walker Lane — a geologic trough that runs roughly along the Nevada-California border and takes between 15% and 30% of the motion between the Pacific and North American plates.

Such seismic activity has prompted Nevada state officials to relook at their case against the proposed facility with stronger evidence about the threat of an earthquake.

"The Tonopah earthquake, in combination with the California earthquakes and their thousands of continuing aftershocks, unequivocally validate the State’s seismic hazard concerns at Yucca Mountain," Nevada Technical Division Administrator Belinda Evenden, who is managing a new Yucca Mountain seismic hazard scoping study for the state, said in an emailed statement to E&E News.

She said the Department of Energy and Nuclear Regulatory Commission "must perform a thorough reassessment of seismic hazards before any further consideration of Yucca Mountain for a high-level nuclear waste repository."

Nevada Gov. Steve Sisolak (D) and the state’s congressional delegation pressed the issue in the immediate aftermath of the 2019 Ridgecrest quake in a letter to DOE.

In his response, then-Energy Secretary Rick Perry assured the lawmakers that the department would conduct such an analysis should Congress provide money to enable DOE to work on Yucca-related activities. Congress has not provided new funds for the site in over a decade.

The Energy Department did conduct a seismic review of Yucca Mountain and the surrounding region. That work found no threat level high enough to disrupt the facility, noting that the site’s characteristics help to dissipate earthquake vibrations. The NRC endorsed that analysis in a safety evaluation report released in 2015.

The Probabilistic Seismic Hazard Assessment "used the best information that was available at the time," Perry wrote. "Your letter raised an excellent point that if new data are available, a seismic reevaluation would be appropriate and useful. I share this view."

The earthquake activity did not cause any damage at the Yucca site in 2019, the former secretary wrote in his letter.

Nevada officials have insisted that the existing seismic analysis does not paint the full impact an earthquake could have on the facility and the region. The review was one of the more than 200 contentions the state planned to contest in the NRC licensing proceeding.

"The ugly truth is that if an earthquake were to hit a nuclear waste repository, not only would the people in the surrounding area be in danger but the economic impact on all Nevada would be devastating," Rep. Dina Titus (D-Nev.) said in a statement to E&E News.

"I’ll continue to lead the fight to prevent Nevada from becoming a dumping ground for the nation’s nuclear waste."