Question back in court: What’s the best way to cut emissions? 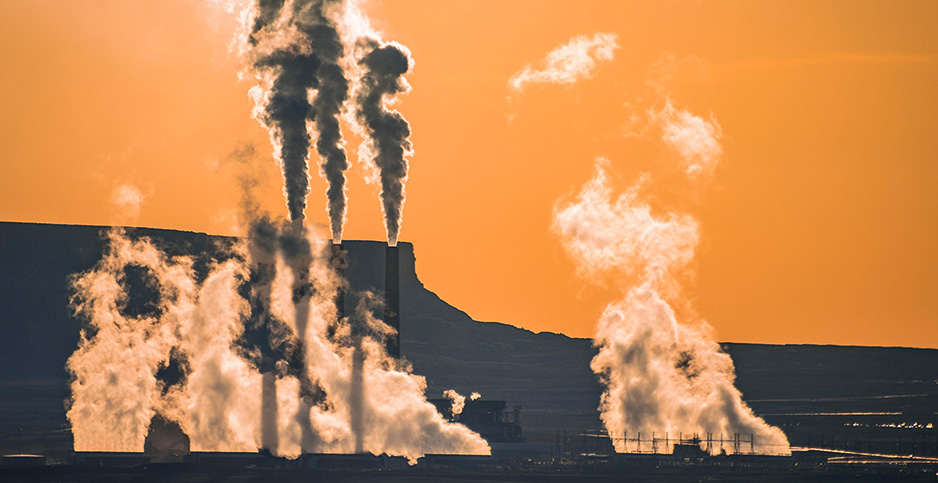 How will courts respond to EPA's interpretation of “best system of emission reduction” under the Affordable Clean Energy rule? Valentin Wolf/imageBROKER/Newcom

A who’s who of high-powered lawyers appeared in court in 2016 to debate the meaning of "best system of emission reduction," a technical Clean Air Act term that steers EPA’s response to climate change.

Nearly three years later, the correct interpretation is still an open question, and the stakes have never been higher.

The Clean Air Act uses "best system of emission reduction" — BSER, for short — to describe what tools EPA should use to crack down on harmful pollutants.

The Obama administration’s Clean Power Plan, which never took effect, found the best way to target greenhouse gases from the power sector was to take a systemwide approach, both requiring direct improvements to coal-fired plants and pushing natural gas and renewables as substitutes for coal.

Industry and state critics went to court, arguing that Obama’s EPA stretched the term BSER too far and overstepped its authority.

In a full-day session at the U.S. Court of Appeals for the District of Columbia Circuit, they argued, among other things, that BSER can be used only to require improvements inside the so-called fence line of power plants; it can’t mandate changes across the sector. The case was never resolved.

With the Trump administration’s release yesterday of its Affordable Clean Energy rule to replace the Clean Power Plan, the same BSER arguments are at play once again (Energywire, June 20).

"It’s not a new legal issue by any stretch at all," Dorsey & Whitney LLP attorney Thaddeus Lightfoot told E&E News. "There were eight hours of oral arguments, and a fair amount of it focused on this issue."

Only this time, the courts might actually settle the debate. After the marathon oral arguments in 2016, the D.C. Circuit ended up freezing the case while the Trump administration reconsidered the regulation.

"We still don’t have a D.C. Circuit decision on a variety of EPA interpretations under [Section] 111(d)," Obama-era EPA General Counsel Avi Garbow said, referring to the relevant section of the Clean Air Act. "We just haven’t had a case mature, if you will, on 111(d) to really know how the D.C. Circuit views even the agency’s prior interpretation."

Lightfoot noted that the judges have had years to think about the issue.

"And they’ve been waiting for this," he said.

The 2016 oral arguments offer some clues for how the D.C. Circuit will approach the question.

Judge David Tatel, a Clinton appointee, appeared receptive to the Obama administration’s contention that the interconnectedness of the electric grid required EPA to look at the broader power system when determining the "best system" for cutting emissions. Instead of limiting the regulation to controls on individual power plants, the Clean Power Plan also pushed for shifting power generation from coal to cleaner sources.

"I’m asking why for the same reason wouldn’t we include BSER to include generation shifting for the reason the court did there, it’s necessary to keep the Clean Air Act up to date and able to deal with new challenges — namely carbon dioxide?" he asked.

He also noted that the law defines emissions limitations as requiring reductions "by continuous means" — a phrase Clean Power Plan challengers interpret to mean onsite technological changes at a facility.

At another point during the arguments, Judge Thomas Griffith, a George W. Bush appointee, described BSER as "an awfully broad grant" of legal authority.

"What is there about this rule that’s inconsistent with that?" he asked.

Much of the BSER legal debate will arise again in litigation over the Affordable Clean Energy rule.

He noted that even though the Trump administration has replaced the Clean Power Plan and the broad BSER interpretation that went with it, the D.C. Circuit judges were immersed in those arguments in 2016 and will likely keep them in mind as they consider whether the Trump EPA’s narrow BSER approach is appropriate.

"That’s going to, if not legally than psychologically, create a real overhang for the EPA, particularly if they go in front of the court and say that the only possible interpretation of Section 111 and BSER is that it must be applied exclusively within the fence line," he said.

But many aspects of the new legal fight will be different from the first go-around.

For one, the D.C. Circuit will likely hear the initial proceedings before a traditional three-judge panel, rather than calling on the full slate of active judges to consider the case, as was done for the Clean Power Plan.

Also, the lineup of judges on the court has slightly changed. Brett Kavanaugh is now on the Supreme Court, where he may have a chance to weigh in on the Affordable Clean Energy rule later. Former Trump deregulatory chief Neomi Rao has joined the D.C. Circuit, bringing a similar degree of skepticism toward sweeping environmental regulations.

Chief Judge Merrick Garland, then a Supreme Court nominee, was recused during the Clean Power Plan case but would likely be eligible to participate in ACE litigation.

A randomly selected three-judge panel will likely get the first opportunity to rule on the Trump regulation. Then, depending on how the panel rules, the case could go before the rest of the judges and eventually the Supreme Court.

In addition to personnel changes, the legal analysis for ACE will differ from the approach to the Clean Power Plan.

While the meaning of BSER will continue to be a foundational issue, the court will also be asked to decide whether the Trump administration adequately justified its dramatic shift in Clean Air Act interpretation. And the level of deference the D.C. Circuit affords EPA remains unknown.

"I don’t think the D.C. Circuit or the Supreme Court would have deferred to EPA under the CPP anyway, but now where you have this regulation, which clearly takes a different legal interpretation, I doubt that there will be much if any deference to the agency’s reading of the statute," Lightfoot said.

"What the D.C. Circuit is going to do and what ultimately the Supreme Court will do," he added, "is look carefully at the language."