Questions emerge on reconciliation as infrastructure moves ahead 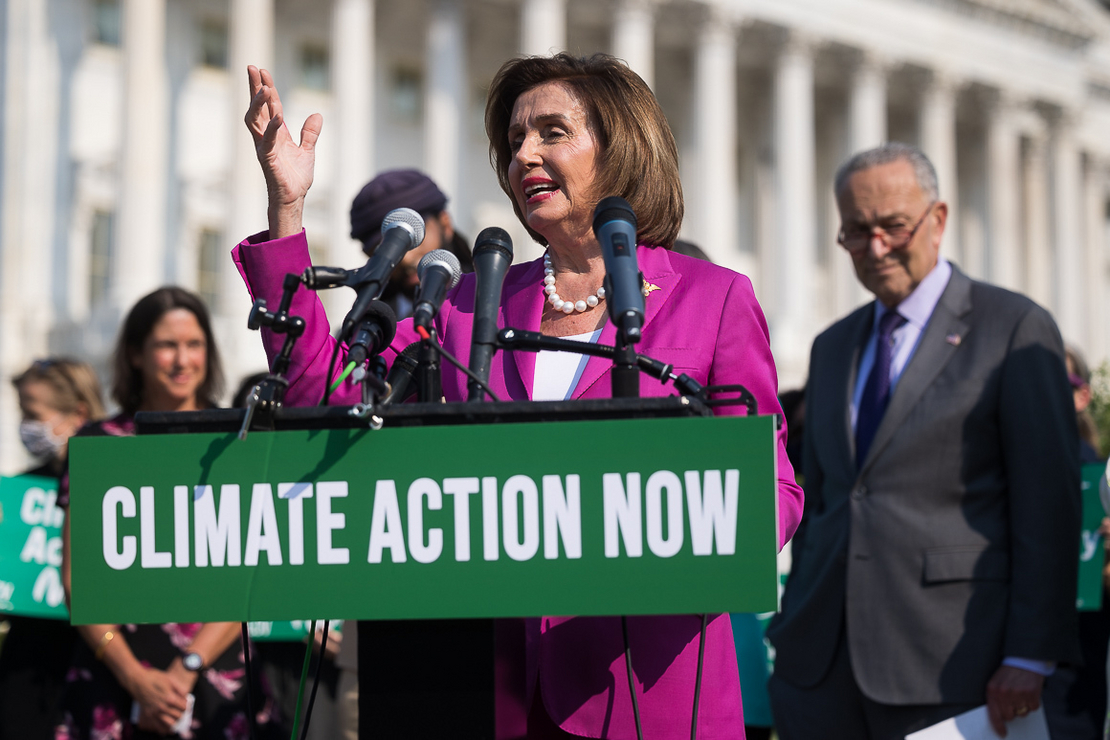 Still, some cracks started to appear in their plans for a separate, climate-focused $3.5 trillion budget reconciliation bill.

The massive spending package will be the vehicle for a host of policies to significantly reduce greenhouse gas emissions, but Democrats will need support from virtually every member of their caucus on both sides of Capitol Hill.

Sen. Kyrsten Sinema (D-Ariz.), one of the Senate’s key swing votes, said yesterday she would support efforts to move forward on a budget resolution but has reservations about the $3.5 trillion topline.

“I have also made clear that while I will support beginning this process, I do not support a bill that costs $3.5 trillion — and in the coming months, I will work in good faith to develop this legislation with my colleagues and the administration to strengthen Arizona’s economy and help Arizona’s everyday families get ahead,” Sinema said in a statement yesterday first reported by the Arizona Republic.

Opposition from Sinema and other moderates could upset the delicate balance Democratic leadership is attempting to strike in the 50-50 Senate. But talks remain in the early stages, and the Arizona Democrat’s comment does not immediately endanger the budget process.

Once the Senate passes a budget resolution, committees will put together a reconciliation package that can skirt the Senate filibuster with support from every Democrat.

Budget Chairman Bernie Sanders (I-Vt.) said he expects to have 50 votes to pass the resolution next week, with consideration of the reconciliation package likely coming in September.

“It’s going to have to be a lot of work to determine what’s in the actual bill,” Sanders told reporters. “But at the end of the day, it is my judgment that it’s going to be $3.5 trillion here in the Senate, maybe even more in the House.”

Senate Majority Leader Chuck Schumer (D-N.Y.) reiterated his commitment to climate legislation yesterday, saying his party is “united in taking on the climate crisis” in the reconciliation package and the bipartisan infrastructure bill moving forward in tandem.

“I will not pass an infrastructure package that does not reduce carbon pollution at a scale commensurate with the urgency of the climate crisis we face, plain and simple,” Schumer said during an event with the League of Conservation Voters. “That’s what Democrats intend to do.”

Climate hawks were largely unconcerned with the new developments, citing the fluid nature of talks on Capitol Hill over the last few months.

“We’re in a comfortable place. We have a diverse caucus. Some people want more spending, some people want less spending,” Sen. Brian Schatz (D-Hawaii) said yesterday when asked about Sinema’s opposition to the topline number. “That’s completely part of the part of the ongoing negotiation, and we’ll get there.”

Sen. Joe Manchin (D-W.Va.), another moderate member of the negotiating group, said yesterday he is “very open” to the budget process but wants to focus on the bipartisan bill first. “This is the most important thing we do,” Manchin said of the bipartisan measure.

The reconciliation package, to many Democrats and environmentalists, is the best chance in a decade to make a significant dent in U.S. greenhouse gas emissions. The Senate Budget Committee’s initial $3.5 trillion agreement earlier this month included proposals for a clean electricity standard, a Civilian Climate Corps, a clean energy accelerator and a plethora of other climate policies (E&E Daily, July 15).

Democrats will have to resolve a smattering of policy questions in the coming months, including the role of natural gas in the clean energy standard, which aims to achieve 80% clean energy in the power sector by 2030.

To complicate matters, House progressives are pushing for an even higher topline spending number. In response to Sinema’s comments, Rep. Alexandria Ocasio-Cortez (D-N.Y.) yesterday raised the possibility that the entire effort could sink in the House.

“Good luck tanking your own party’s investment on childcare, climate action, and infrastructure while presuming you’ll survive a 3 vote House margin — especially after choosing to exclude members of color from negotiations and calling that a ‘bipartisan accomplishment,’” Ocasio-Cortez wrote on Twitter.

House Speaker Nancy Pelosi (D-Calif.) nonetheless projected confidence that the reconciliation package would prevail on climate change. “We’re in a good place to reach the goals that have been set out, hopefully, in reconciliation very soon,” Pelosi said at the LCV event.

Sen. Martin Heinrich (D-N.M.) similarly downplayed moderate opposition to the $3.5 trillion number. “It will work out — lot of posturing going on,” he told E&E News yesterday. “I think we’re on track to get both of these done. There are a lot of details to work out.”