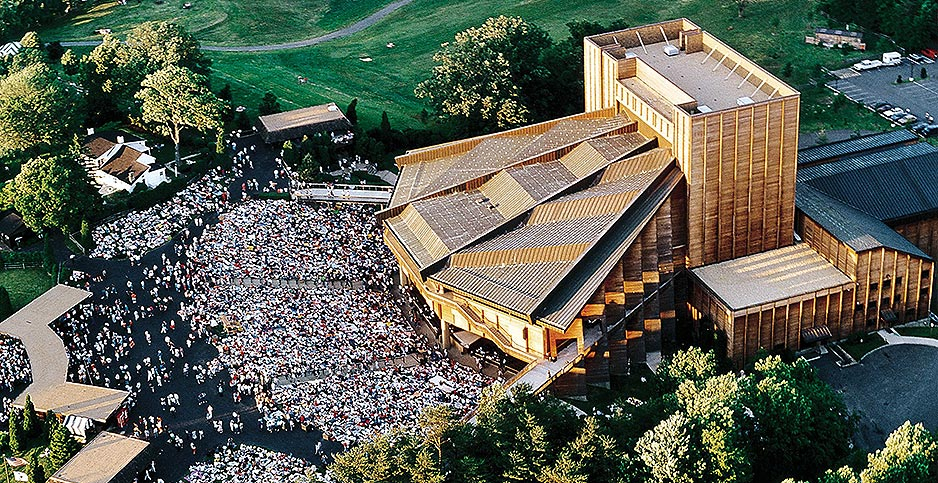 For decades, Interior secretaries have received a special perk: eight free tickets for every performance at Wolf Trap National Park for the Performing Arts in Vienna, Va.

The freebie, worth at least $43,000 per year, has been part of the job since at least the Carter administration, but there’s been little consistency in how the tickets have been used.

In 1978 and 1979, the seats were vacant 80% of the time. But they became much more popular during the early Reagan years, when Interior Secretary James Watt made sure they were filled 95% of the time in 1981 and 1982, according to an internal ethics review done on the Wolf Trap tickets obtained by E&E News under the Freedom of Information Act.

What’s happening today is anyone’s guess: Neither the Interior Department nor the National Park Service will say who’s using the tickets, how often they’re used or how they’re distributed.

In response to a series of questions, Interior would say only that they have not been used by Interior Secretary David Bernhardt, acting NPS Director David Vela or Vela’s predecessor, P. Daniel Smith, who led the agency until Sept. 30.

It’s all part of a larger pattern of keeping the public largely in the dark over the use of the free tickets, which long have aroused the interest of federal investigators.

In the latest example, Interior officials last month refused to release some details of the review that led them to conclude they could accept and use the tickets after the department’s Office of Inspector General raised ethical questions. About half of the 20-page document released to E&E News was redacted.

In addition, neither the park service nor Interior has yet responded to FOIA requests made a year ago asking for a full accounting of who used the tickets and when since the beginning of the Trump administration.

In a report last year, Interior’s Office of Inspector General said the eight free tickets were valued at $543 combined for each event. The $43,000 total value was calculated based on 80 events per year.

Interior decided to keep the tickets under a new 20-year contract signed with Wolf Trap in April.

Interior spokeswoman Melissa Brown said that attending performances at Wolf Trap "is a long-standing tradition" and that the department’s use of the tickets comply with recommendations contained in its ethics review and an accompanying legal opinion.

"An ethics and legal review confirmed that the tickets are government property and, therefore, may be used by the Department for authorized purposes," Brown said in a statement.

‘I don’t see anything wrong’

While much of the ethics review remains under wraps, even the redacted version of the document shows how department officials have wrestled over the proper handling of the tickets for more than 40 years.

In 1978, the inspector general first criticized Interior’s arrangement with the Wolf Trap Foundation, saying the department "would be better served by strictly prohibiting free tickets." June Gibbs Brown, then the department’s inspector general, said any agreement between Wolf Trap and the park service should forbid free or even discounted tickets.

Critics questioned whether the department’s acceptance of the free tickets would give improper influence to the Wolf Trap Foundation in its dealings with the park service, but NPS defended their use.

"I didn’t see anything wrong with taking those tickets. It’s our park," said William Whalen, then-director of NPS, as quoted in The Washington Post.

The issue popped up in a series of Capitol Hill hearings, with members of Congress demanding to know how Interior had been distributing the tickets and who had received them.

Interior said in a written response later to Congress that the tickets had been distributed to at least 28 senators; 13 House members and various congressional committee staffers; as well as officials in the White House; the Agriculture, Transportation and Justice departments; and "multiple staff" on down from the Interior secretary through the rest of that department.

The ethics document also mentioned new perks were included with the free Wolf Trap tickets under former Interior Secretary Ryan Zinke’s watch. That included parking passes and access to the Encore Circle Lounge, where VIPs can enjoy drinks and light appetizers. Staff interviewed for the ethics review couldn’t provide "any concrete information" on when these benefits were first offered.

Interior has not released any similar summary data showing how the tickets have been used during the Trump administration.

In the document released to E&E News, sections on its "legal review" and "conclusion" on the use of the Wolf Trap tickets were redacted. Yet that conclusion was summarized in guidelines released in May by Interior (Greenwire, May 22).

Those guidelines said the ethics review concluded that "if the tickets are used for statutorily authorized purposes and activities of the Department, then the tickets are not properly considered as a personal gift to the Secretary or any other Department employee."

Meanwhile, under those guidelines, the park service has put some restrictions on the use of the tickets.

Officials said free reserved parking would still be allowed at Wolf Trap, but employees could no longer accept complimentary food and drinks.

"Authorized purposes" include hosting guests, such as members of Congress or the executive branch, potential private donors or reporters, at events. In some cases, the tickets can be used for official site visits, inspections or for honor awards and recognition for work done by Interior employees.

The department revised its guidelines after the inspector general last year criticized the agency for not having written procedures in place for the disbursement and use of the tickets.

"We are encouraged that the department concurred with our recommendation and developed and are implementing a plan for ticket distribution," said Nancy DiPaolo, director of external affairs for Interior’s Office of Inspector General.