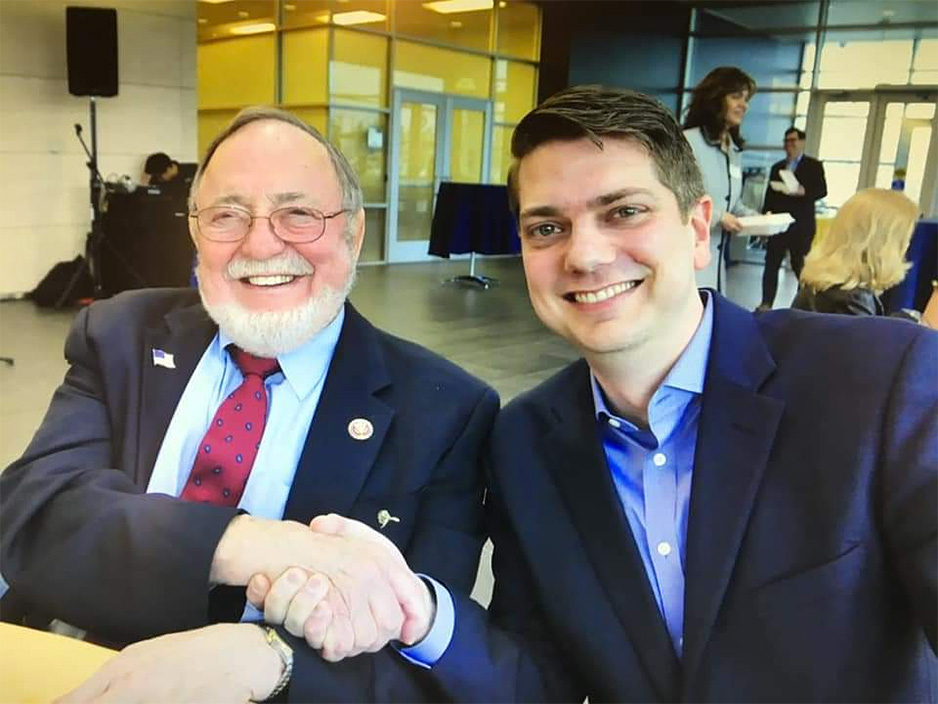 Candidates are starting to line up for Alaska’s special election to succeed Republican Rep. Don Young in the House.

They’ll have big shoes to fill. Young, who died earlier this month at 88, was a major player on natural resources issues (E&E Daily, March 21). As the longest-serving Republican in the history of the House, he held significant seniority, something his successor will have to figure out how to do without. Young lay in state in the Capitol yesterday, where lawmakers from both parties paid tribute to him.

“He was gruff, but he had a soft spot. He could be so caring, so compassionate,” said Sen. Lisa Murkowski (R-Alaska). In her eulogy, House Chaplain Margaret Kibben called him “larger than life, both bellicose and beloved, revered and feared.”

The race for Young’s seat presents a rare opportunity for the state, an election with no incumbent. Young had served since 1973, when he won a special election to replace the late Rep. Nick Begich (D).

“There aren’t often opportunities in Alaska for people to break into the congressional delegation. Alaska has a history of reelecting people over and over and over again,” said Charles Wohlforth, an author and former Anchorage Daily News columnist who previously served as an adviser to former Sen. Mark Begich (D), a son of Nick Begich.

“It’s been tough for a challenger to get any traction.”

Candidates have until April 1 to file to run. Contenders can, and likely will, run in both the special race and the general election.

Wohlforth said natural resources issues are likely to play a major role in the race, owing to the importance of oil, natural gas, forestry and other industries in the state. But the race is also likely to be nationalized, with issues like President Biden’s record and inflation taking an outsize role.

Alaska is a reliably Republican state, but Democrats can’t be counted out completely.

Here are some candidates who have filed to run or might do so:

Begich is the grandson of Young’s predecessor and part of an established political family. He is a nephew of former Sen. Mark Begich. Nick Begich III hasn’t held office before, and is a Republican who had already planned to challenge Young from the right.

He said last week that he would run in the special election.

“After nearly 50 years, it’s time for change. Alaska deserves someone who will show up, deliver new ideas, and provide fresh energy,” Begich wrote in a statement last year when he launched his campaign in the midterm race.

In a November appearance on the “Power The Future Energy Hour,” a syndicated talk radio show, Begich accused Alaska leaders, including Young, of failing the state’s resources industries through an “appeasement strategy” that is “dangerous” for the state.

“We have tremendous potential. That’s no secret to anyone who lives in Alaska and understands our state,” he said. “But there’s a big difference between potential energy and kinetic energy. Potential energy is what’s in the ground. We’ve got to get it out of the ground if it’s going to do anything for us. And that’s our generational wealth in this state.”

Constant, a Democratic member of the Anchorage Assembly, was also on track to challenge Young in this year’s election.

Constant is focusing his campaign on opening the state to new opportunities, including those in the energy sector. But in launching his campaign in February, Constant indicated he values oil and natural gas and other resources industries that have long dominated Alaska’s economy as well.

“We can do better by protecting Alaska’s right to develop our natural resources responsibly,” he told a crowd in Anchorage.

“We can do better by protecting Alaska’s position as America’s legendary oil and gas producer while also leading on new alternative energy innovations, including blue hydrogen, hydroelectric, solar, wind, tidal, geothermal power, as well as developing transmission lines and battery storage, to bring the future into your home.”

Gross, an independent, rounds out the list of candidates who have either filed to run for the seat or committed to doing so. He said this week that he would wait to launch his campaign until Young’s funeral services are complete.

He ran unsuccessfully against Sen. Dan Sullivan (R) in 2020 as an independent but with support of the Alaska Democratic Party.

In the 2020 campaign, Gross, an orthopedic surgeon, held many moderate positions. He rejected the Green New Deal, said he was concerned about climate change, and would encourage both existing and new energy industries in Alaska.

“I do not support a carbon tax, I do not support a timetable, but I do support being at the table to bring scientists together to discuss the problem and create solutions — Alaska-specific solutions — for new jobs, which our state desperately needs right now,” he said in a debate in 2020 (E&E Daily, Oct. 12, 2020).

He lost by more than 12 percentage points to Sullivan.

Palin, the polarizing Republican former governor, vice presidential candidate and reality television star, said she is open to running for the House seat, though hasn’t committed to it.

“There is a time and a season for everything, and if this season is one where I need a more official platform to have, then, yeah, I’m going to throw my hat in the ring because we need people that have cajones,” she told Fox News host Sean Hannity.

“We’ve got nothing to lose, and no more of this vanilla milquetoast namby-pamby wussy-pussy stuff that’s been going on,” she continued. “That’s why our country is in the mess that we’re in, because people who run for office, they look at it as a job or as a business instead of as a calling.”

Palin has long been a vocal advocate for Alaska’s oil sector, famously helping bring “Drill, Baby, Drill!” to prominence as a campaign slogan during the 2008 presidential race.

Before former President Trump’s 2016 election, Palin said she’d like to be his Energy secretary, so she could dismantle the agency (E&E Daily, Sept. 10, 2015).

A handful of others are considering running for Young’s seat.