Race for big EVs heats up with 3 automakers 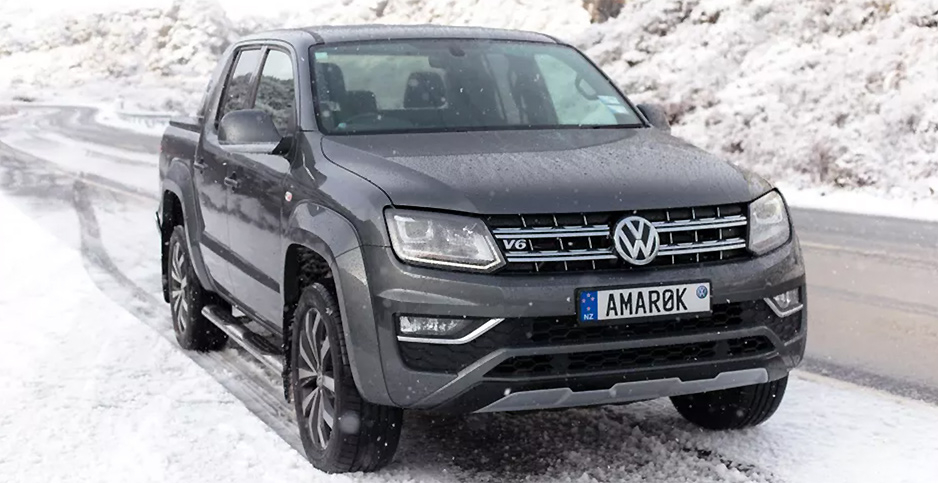 The Volkswagen Amarok truck. Volkswagen AG and Ford Motor Co. announced an electric vehicle partnership yesterday that would also see VW use the chassis of the Ford Ranger in a new Amarok model set for release in 2022. Volkswagen

Tesla CEO Elon Musk sent an email to staff telling them that it is time to bring the company’s electric Semi, a full-size tractor-trailer, into "volume production," according to Reuters.

Tesla stock soared on the news, reaching over $1,000 a share for the first time in the company’s history, making it the most valuable auto company in the world, at least for now.

Musk said that the big truck’s powertrain and batteries would be built at Tesla’s battery factory in Nevada.

No details emerged on where the vehicle will be assembled. Musk has hinted that Tesla is considering Texas and Oklahoma as sites for a new factory that would be Tesla’s fourth in the U.S.

Also yesterday, VW and Ford provided more details on the partnership they began two years ago, and which appears to be accelerating with three vehicles in the works.

Ford will engineer and build a midsize electric pickup truck that will be sold by VW as an Amarok, one of the company’s mainstay pickup brands. The vehicle will sit under VW’s commercial vehicles wing and will be made on the chassis of the Ford Ranger, which Ford is now redesigning.

The vehicle is due in showrooms in 2022. VW told The Drive that it doesn’t plan to sell the Amarok in the U.S.

The Ford-VW commercial tie-up will also result in an electric version of VW’s Caddy, which VW has produced as a panel van for a decade, as well as an as-yet-unnamed 1-ton electric van made by Ford.

"Working with Volkswagen on these platforms will provide both of us significant financial advantages in things like engineering, and plants and tooling," said Jim Farley, Ford’s chief operating officer.

Ford also released more details about the EV it will make in Europe based on the VW modular platform for EVs, known as MEB. That first vehicle will go on sale in 2023. Ford said it could end up making 600,000 vehicles underpinned by MEB, including models not yet announced.

The work with VW is only part of Ford’s electrification plans. Ford’s partnership with VW doesn’t include two of its most popular vehicles, its Transit Connect van or its F-150 truck, both of which have all-electric versions coming within two years, Ford said.

The partnership also is independent of Ford’s work on the Mustang Mach-E, an electric version of the storied sports car, due to arrive in showrooms this year.

At the same time, the two companies touted their joint investment in Argo AI, a Pittsburgh-based autonomous vehicle technology firm. The automakers said they would work together to deploy self-driving vehicles.

Neither Ford nor VW is taking an ownership position in the other.

Ford made a $500 million investment last year in Rivian, a new electric truck maker based in Michigan, with the intention of making EVs with it. So far, the investment has not resulted in any models.

The electric van and truck segments are drawing more interest from vehicle makers. Last week, Reuters reported that General Motors Co. also has an electric cargo van in the works.

Also fueling momentum in zero-emissions trucks is Nikola Corp., an Arizona company whose stock has zoomed to dizzying highs in recent days on its plans to build battery electric and fuel cell haulers (Energywire, June 10).

The blistering pace of change in the auto industry has led to partnerships on problems too big for one company to solve on its own. Similar cooperative agreements have been made recently between GM and Honda Motor Co. Ltd. to make battery electric vehicles, and between Daimler AG and Volvo Group to make fuel cell trucks.