‘Really, no monument is safe’ 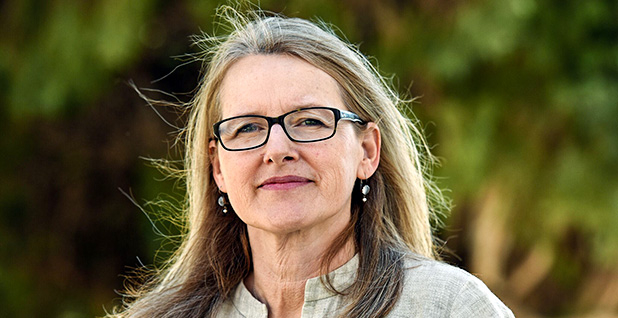 Heidi McIntosh grew up hiking and backpacking in the West. Now she’s fighting to protect the kinds of places she once explored.

"If somebody had told me all those years ago that Donald Trump would one day be president and revoke national monument designations, I would’ve thought it was a joke," said McIntosh, the managing attorney in Earthjustice’s Rocky Mountains office, in a recent interview.

"I mean, it’s just so implausible," she said. "No president has attacked monuments in the way that Trump has. It just feels surreal."

McIntosh, a native of Tucson, Ariz., has been practicing environmental law for 32 years and is now at the forefront of two lawsuits to defend Bears Ears and Grand Staircase-Escalante national monuments in southern Utah.

Trump in December signed proclamations cutting the acreage of the two national monuments, excising more than 2 million acres from them in the largest-ever reversal of federal monument protections (Greenwire, Dec. 4, 2017).

In between meeting with clients and colleagues, McIntosh spoke with E&E News about growing up near a monument in Arizona, helping bears return to a national park in Utah and fighting the Trump administration’s "free-for-all" on public lands.

You’re now a lead attorney in two lawsuits to defend Bears Ears and Grand Staircase-Escalante national monuments. What is that like?

I’m working with a team of attorneys that includes a couple of other attorneys from Earthjustice, the Natural Resources Defense Council and the Southern Utah Wilderness Alliance. It’s a team of lawyers who have been working together off and on for years. It’s been really gratifying to continue the work with them. It feels like there’s a lot of camaraderie. Given the circumstances in which these really remarkable places are under attack, it’s great to have that mutual support.

Why are these cases significant?

If the president can attack these monuments, then really, no monument is safe. So this case has really sweeping ramifications, not only across the West, but all over the country. Congress intended the protection to be permanent. It never intended these monuments to be vulnerable to political winds.

About 15 years ago, you worked to defend Grand Staircase-Escalante against challenges to its original designation. Do you have déjà vu?

My experience with Grand Staircase goes back even further than that. Early on, when I started my career in environmental work, I worked on a challenge to a coal mine permit that would have been in the Kaiparowits Plateau, right in the heart of what became the Grand Staircase-Escalante monument. We had a multiweek trial before a state administrative board and ultimately won the case. And then, after the trial but before the decision, President Clinton designated the monument. I was there to celebrate the signing of the monument proclamation.

The proper venue is clearly in D.C. After all, the lead defendant is Donald Trump, and he is right down the street from the courthouse. Some of the plaintiff groups are also based in D.C. And the tribes chose D.C., as did the other plaintiff groups. So I think there are some really compelling reasons that make D.C. the appropriate forum for this kind of decision.

With regard to public lands, why is it important to defend the monuments in particular?

It’s important to defend these two national monuments because they are really very uniquely important, each in their own ways. Grand Staircase-Escalante is so well-known for the remarkable fossils that have been discovered inside the monument since its designation. If you go to the Natural History Museum of Utah, there’s a whole room of these fossils, some of which are found nowhere else in the world. Paleontologists were able to do that research and excavation because the monument was protected.

And then Bears Ears has some of the richest archaeological sites to be found anywhere in the nation. It’s a real intersection for a number of tribes whose ancestors have lived there off and on for hundreds, if not thousands, of years. One of the reasons the monument was designated was that the sites within the monument had commonly been looted. People would dig them up and find all kinds of artifacts, and then they would put them on the market. The tribes were losing a lot of their ancestral ties and culture.

A poll by the Western Values Project recently found that a majority of Western voters want monuments protected. Was that encouraging?

I am encouraged by those findings. They don’t necessarily surprise me, though, because Westerners love the outdoors, and monuments are a popular place for people to visit. These are the places that people come West to visit. I mean, the tourism industry in Utah is huge. It’s on the order of $12 billion a year.

How do you see your role as an environmental lawyer under the Trump administration? Are the courts the last line of defense?

I think the role of environmental lawyers is absolutely crucial right now. I mean, the courts are really a last resort at this point because the administration has taken such an extremely hostile stance with respect to all things environment. And there’s no backstop in the Congress. So it’s a free-for-all on federal public lands, and litigation has become an extremely important tool to protect some of these remarkable places.

What has been your favorite case to work on so far?

I was on a case in Utah involving a creek in Canyonlands National Park called Salt Creek. This was a creek where hundreds of Jeeps had been going every day, polluting the water and ravaging the vegetation and damaging the wildlife habitat. But the Park Service was leaving it open, and the county claimed it was a county highway. So we challenged the Park Service’s decision to leave that route open, and we ultimately won that case after many years of litigation.

Then, after the route was closed, I learned through a Park Service employee that they had seen bear paw prints at the top of the canyon for the first time in years. When I heard about the bear paw prints, it just gave me goose bumps.

From the time I was a kid, I loved the outdoors and wildlife. I was hoping to develop a career in which I could defend the kinds of places I had grown up hiking in and camping in. We spent a lot of time hiking and camping and backpacking all over the West.

What is the first public land you remember visiting?

Not far from where I grew up was the Saguaro National Monument, later Saguaro National Park. It was sort of a weekly outing for me. I would just go and sit on a picnic table and watch the monsoons come in and just enjoy the desert. I’m a big bird-watcher, and there’s no place better than the Saguaro desert to look for birds.

What is your favorite park/monument/wilderness?

Bears Ears. To wander in those canyons and to think about the people who were there a thousand years ago is really awe-inspiring. It gives you a different perspective on your place in the world. It makes you think about the passage of time and what you’re doing with the time you have on this Earth.