Realtors care about cropland in WOTUS, too. Here’s why 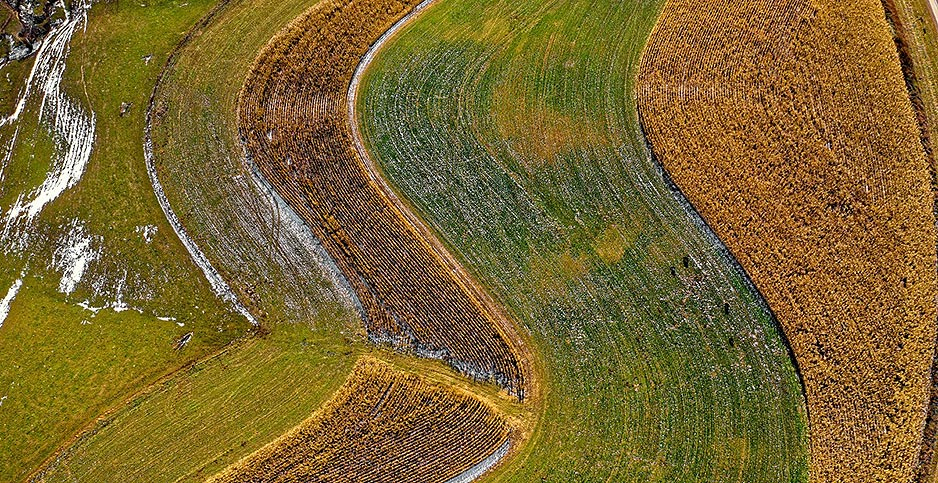 An aerial view of croplands. Pxhere

The National Association of Realtors wants some kinds of farm fields to remain unregulated under the Clean Water Act. But the group doesn’t want to talk about it.

Wetlands first farmed prior to 1985 that are still used for agricultural purposes haven’t been regulated since 1993. The "prior converted cropland" exclusion is meant to allow farmers to continue planting crops or plowing in historical wetlands without needing Clean Water Act permits.

The Trump administration’s proposed "waters of the U.S.," or WOTUS, rule includes that 1993 language excluding prior converted cropland, while broadly limiting the amounts of wetlands and waterways that are protected by the Clean Water Act.

That’s a win for the National Association of Realtors, which lobbied for the cropland exclusion.

Disclosure documents filed with the Senate describe the group’s lobbying activity as including "Discussions with the Environmental Protection Agency regarding the Waters of the U.S. (WOTUS) rule and the prior converted cropland exclusion."

The disclosure offers a window into an issue often branded as benefiting only agricultural interests that can, in fact, ease land sales between farmers and real estate developers.

National Association of Realtors spokesman Wesley Shaw wouldn’t comment on the cropland issue or make any of his group’s lobbyists available for an interview. He instead suggested asking the American Farm Bureau Federation.

The National Association of Home Builders, which has previously expressed support for the prior converted cropland exclusion but didn’t list it on lobbying disclosures, also wouldn’t comment.

But Damien Schiff, an attorney for land rights group Pacific Legal Foundation, explained how the exclusion could ease land sales between farmers and developers.

Take the case of New Hope Power Co., which planned to build a landfill on an old Florida sugar cane field south of the Everglades. The corps had previously agreed that the field was prior converted cropland and excluded from the Clean Water Act. After New Hope made its intentions known, the corps said regulations would apply if the area was no longer used for agriculture.

That decision was struck down in 2010 by the U.S. District Court for the Southern District of Florida, which said the agency would have to write a new regulation to claim that prior converted cropland exclusions don’t apply once an area is no longer used for agriculture.

That means what EPA and the Army Corps write about cropland in their WOTUS proposal "matters, and not just to farmers," Schiff said.

"It helps a lot of industries."

Those industries aren’t always forthcoming about their interests.

Ken Kopocis, who led EPA’s Office of Water when the Obama administration was working on its WOTUS rule, said real estate development groups "have always been happy to let farm groups do the talking" when it comes to the Clean Water Act, even though the law already excludes many farming activities.

Indeed, real estate developers — not agribusiness — take out the most permits for affecting wetlands, according to data released by EPA and the Army Corps in December.

Those data show that between 2011 and 2015, the Army Corps issued permits for dredging and filling in nearly 84,700 acres of wetlands. Development accounted for more than 19,000 of those acres, agriculture fewer than 5,000.

Prior converted cropland is just another example of how the Farm Bureau often leads industry pushes for rollbacks, Kopocis said.

While he was at EPA, Kopocis said, it was always the Farm Bureau, not real estate development groups, that raised the cropland issue.

"The Farm Bureau wasn’t shy about wanting to maintain the maximum value of their property," he said. "We never heard directly from developers about it, but it was always obvious it would benefit them, too."

Development groups talked about prior converted cropland so little that Kopocis said he was "surprised" to learn that the National Association of Realtors had listed it on its lobbying disclosure form.

The Trump administration’s WOTUS proposal would maintain exclusions for prior converted cropland as long as it has been used "for or in support of agricultural purposes at least once in the immediately preceding five years."

If not, the area would be considered "abandoned," and lose its exclusion. At that point, the Army Corps would have to re-evaluate whether it met the federal definition of a wetland, or had become permanently converted to land.

That provision gives farmers time to sell their land while the exclusion still applies, said Schiff.

While the WOTUS language isn’t much different from what has been in place since 1993, it is significant for clarifying the agency’s stance after the New Hope ruling, he said.

"It shores up the exemption not only for those who want to remain in agriculture, but also protects the value of farmland should it be converted to other uses," Schiff said. "If this rule is finalized, it will be easier to convert farmland to nonagricultural uses without obtaining a permit, which would preserve and increase the value of farmland."

His group estimates there are more than 55 million acres of prior converted cropland nationwide, valued at an average $4,000 per acre.

And farmland has increasingly been sold for development. According to a May report from the American Farmland Trust, nearly 31 million acres of agricultural land was converted for housing developments between 1992 and 2012.

"It is urbanization and expanding cities and counties that are taking out our ag land," said the report’s author, Ann Sorensen.

Parrish said maintaining the value of agricultural land is important not just to farmers looking to downsize or retire but also to those who want to stay in the business and need to take out loans against the value of their property to do so.

"Operating loans are the mainstay of the agriculture industry," he said, adding that the prior converted cropland is only more important today because "the farm economy is in a precarious situation right now, and farm income is way, way down."

The Farm Bureau is one of a number of groups that formed the Coalition to Protect Prior Converted Cropland a few years ago. The coalition operates as "a working group," Parrish said, and its membership consists of various agribusiness trade organizations and the Realtors Land Institute, an arm of the National Association of Realtors that focuses on farmland.

According to an update on RLI’s website, the organization just joined the coalition in April "to ensure that prior converted cropland exclusions are retained in the revision of WOTUS rules."

Calls to RLI about the coalition were referred back to Shaw at the Realtors association.