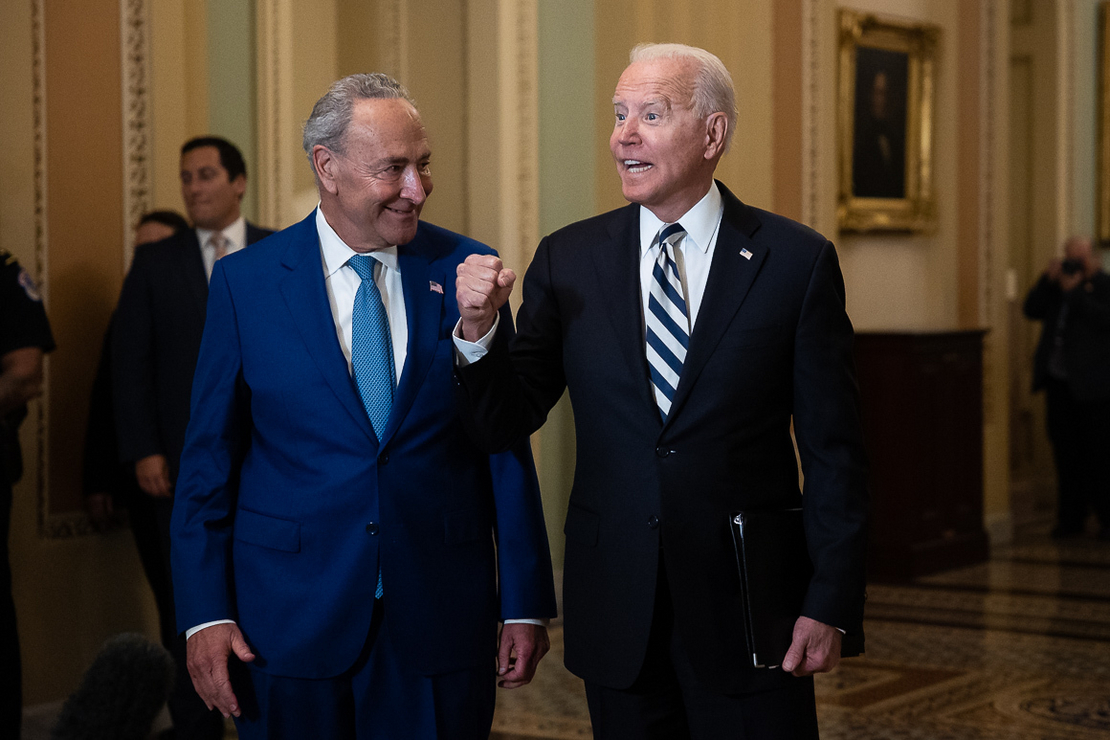 Senate Majority Leader Chuck Schumer (D-N.Y.) and House Speaker Nancy Pelosi (D-Calif.) huddled with President Joe Biden yesterday afternoon to discuss a host of issues related to inflation that sound a lot like the contours of a potential reconciliation package.

“They discussed their plans for fighting the global problem of inflation that is affecting every major economy, such as bringing down prescription drug and energy costs, and adding to the historic deficit reduction we have accomplished,” the White House said in a readout of the meeting.

The White House readout did not specifically say the meeting was about reconciliation. Democrats in both chambers are working to advance legislation to address high costs in food and energy, though there is slim chance those measures pass the Senate.

Manchin and his staff met with Schumer on Tuesday in the latest talks between the two lawmakers. Both declined comment following the meeting.

Manchin has suggested he would support a package that would bring down the costs of prescription drugs while also unleashing a host of clean energy tax credits seen as critical to decarbonizing the electric sector. Those provisions must be accompanied by deficit reduction provisions, Manchin has insisted.

Democrats had hoped to resurrect a deal on reconciliation by the Memorial Day recess, but the holiday passed without major action. A lengthy August recess looms over the congressional calendar.

The White House summit comes as the solar industry is attempting to rally support for action for reconciliation and its host of provisions to support the deployment of renewable technology as well as the domestic manufacturing of clean energy components.

The Solar Energy Industries Association (SEIA) announced that some two dozen solar companies executives are spreading across Congress this week to lobby on the reconciliation bill.

“Solar business leaders are in town to demonstrate to lawmakers the type of investments and economic growth that can come if Congress acts,” SEIA President and CEO Abigail Ross Hopper said in a statement. “As the inflation pinch tightens, these are common-sense steps that can lower energy costs for all Americans.”