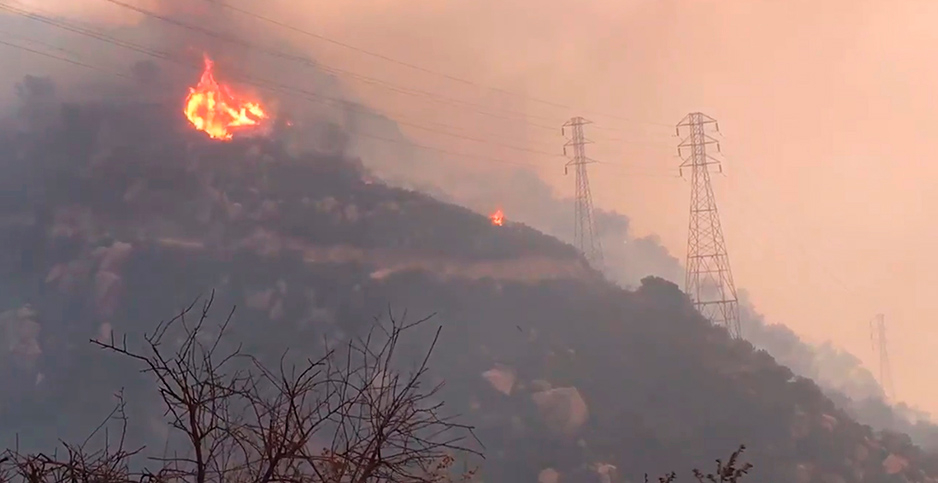 At least eight bills have been offered in the state Legislature, including ones that would restrict companies from canceling policies and give regulators new powers.

Dave Jones, the state insurance commissioner, said the proposals come in response to the rising probability of damaging perils due to climate change, including year-round wildfires. He said, "We are in a new normal.

"Given that the United States is not doing enough fast enough to slow or reverse climate change, we can anticipate that temperatures will rise and that those rising temperatures will have impacts on catastrophic weather events including floods, fires and wind-related perils," Jones said in an interview.

Record-setting fires this fall and winter followed massive blazes in 2015. Since then, the availability of fire insurance has tightened for homeowners living in the state’s Sierra Nevada and the foothill counties.

Some insurers declined to write policies for new homes or to renew existing policies in areas known as the "wildland urban interface." Homeowners in 24 counties encompassing areas where forests are increasingly being developed by homebuilders saw a 15 percent increase in policy nonrenewals between 2015 and 2016, Jones said.

"What I’m concerned about is not only the growing challenge of finding insurance in those areas, but also the likelihood that in the wake of the fires of 2017" and claims associated with those "that insurers will update their fire risk models" and decline to write policies in more regions, Jones said. Those models estimate the frequency and severity of fires and their potential damage on property.

"Areas that were traditionally understood to be low risk, for example Santa Rosa, saw whole subdivisions burned to the ground," Jones said. Insurers in all likelihood will update their risk models, he said, and could decide not to write fire policies in more areas.

The insurance industry warned that some of the proposed legislation could trigger unintended consequences, including insurance companies pulling out of the market.

"Why are we passing legislation that the only people who are guaranteed insurance are the people living in high-risk areas?" asked Mark Sektnan, president of the Property Casualty Insurers Association of America, a trade group that represents some 1,000 insurers nationwide. He referred to the possibility of passing new legislation.

Insurers "should be able to have the ability to determine what policies to write or not write. That should not be mandated by that state," he said.

Sektnan also questioned some findings in the state Insurance Department report, which determined that the market is tightening. It cited a jump in the number of complaints about the inability to get insurance. The raw number was an increase to 143 people complaining, from 41 people six years earlier. While that’s a large percentage jump, it’s "statistically not relevant," Sektnan said.

The state also hasn’t seen a surge in the number of people flocking to its Fair Access to Insurance Requirements, or FAIR plans, an insurance of last resort created by Congress. FAIR policies — which have rates preapproved by the state Department of Insurance — originally were aimed at urban homeowners unable to obtain private insurance due to risk of arson. They’ve become slightly more common in wildfire-prone areas recently, although they’re still a small share of all California policies, according to Jones (Climatewire, Dec. 13, 2017).

Ian Adams, associate vice president of state affairs with the R Street Institute, a public policy research organization favoring free market solutions, argued that some areas are perhaps too dangerous to put homes. Insurance companies shouldn’t have to subsidize rates to allow people to live in those locations, he said. And people living in lower-risk areas shouldn’t have to pay more to make up for insurance company losses in high-risk areas.

"The most effective way to gradually adapt to climate change … is to let market signals reach people in such a way that they are able to recognize the risk that they actually bear," Adams said. Otherwise, "you’re going to see homes constantly burning. You’re going to see fatalities. … It just in the long term is not sustainable."

Jones rejected the notion that higher insurance rates are the optimal way to keep people from living in higher-risk areas.

Jones said fire-risk models that insurers use are problematic. For example, he said, they don’t give homeowners credit for the mitigation measures they’ve taken, or that a community has taken, such as clearing brush and other flammable items and ensuring access for firefighters.

"There’s a lot of room for improvement with regard to how these models are functioning," Jones said. "It’s certainly easier for the insurers just to say ‘no’ to people in these areas, but that’s going to mean that a lot of people are going to be financially at risk, when we know the models themselves aren’t taking into account some of the facts on the ground."

Sektnan, however, said that while mitigation is good, it’s not a guarantee of protection. If one homeowner clears brush but their neighbors don’t, fire can devour all the homes.

"Mitigation is a good thing, but it doesn’t work quite as well as we often hope for," Sektnan said. "Insurers have to look at broader perspective than one house."

Jon Keeley, fire ecologist with the U.S. Geological Survey, worked with a group that looked at Google Earth images of homes before and after fires to see what prevention measures helped. They found that houses that had a tree hanging overhead had a "very high probability" of burning down. Overhanging trees can drop leaves and branches on roofs, and embers carried by winds ignite that debris.

One area that should be looked at more closely, Keeley said, is putting power lines underground in high-wind corridors. Power lines that have blown down have started some of California’s worst fires.

The state Department of Insurance, in its recent report on market conditions, recommends that the Legislature give it the authority to preapprove fire-risk models that insurers use. Adams questioned whether the agency has the expertise to evaluate the climate science that insurers use in their models. Those look at factors that include how frequently it rains, how much dead growth is in an area and the density of housing. Recent loss experience and weather events also influence the models.

"It’s changing the ways that insurers have to look at this risk," Adams said of the models.

Legislation offered so far includes S.B. 824, from state Sen. Ricardo Lara (D); it would make changes to rules on renewing policies for people living in a disaster area. Current law protects someone who’s suffered fire losses, saying their insurer must renew for one year at least once. However, current law does not protect their neighbors from cancellation, a requirement in the measure. It also would mandate that companies offer discounts for mitigation measures taken by homeowners.

The measure would also give the California insurance commissioner oversight when an insurance company moves to significantly reduce the number of policies in a wildfire area.

"Wildfires are a constant in California but you shouldn’t lose your insurance after a disaster," Lara tweeted earlier this month. "#SB824 will protect homeowners and promote #WildfireSafety. Wildfire can strike almost anywhere, anytime and we need to be ready."

S.B. 894, from Democratic state Sens. Bill Dodd and Mike McGuire, would require an insurer to renew policies in a disaster area for at least two renewal periods. It would also give a homeowner with a fire loss the option to use coverages from other structures on the site, for contents and for living expenses to rebuild their home. It’s aimed at helping those who find themselves underinsured for their primary structure but who have unused coverage in those other areas.

"I’ve heard from so many people reeling after losing everything they own, and I feel the state has a moral imperative to act," said Dodd, who represents Napa. "Families pay insurance premiums year in and year out, and when major disasters strike, we need insurance companies to have our back."

A.B. 1797, from Assemblyman Marc Levine (D), would require an insurer to provide a full replacement cost estimate for new residential insurance policies, and at each annual renewal. Another bill by Levine, A.B. 1800, proposes changing the rules on receiving full replacement cost for a home after a total loss. Current law requires insurers to pay replacement costs — up to the policy limit — whether a homeowner decides to rebuild on site or to replace their home at another location. His measure would make that requirement effective in addition to any extended replacement cost coverage people have.

Jones, the regulator, wants the Legislature to act this year.

"This problem is only going to grow, and now is the time to try to get in front of it," Jones said.