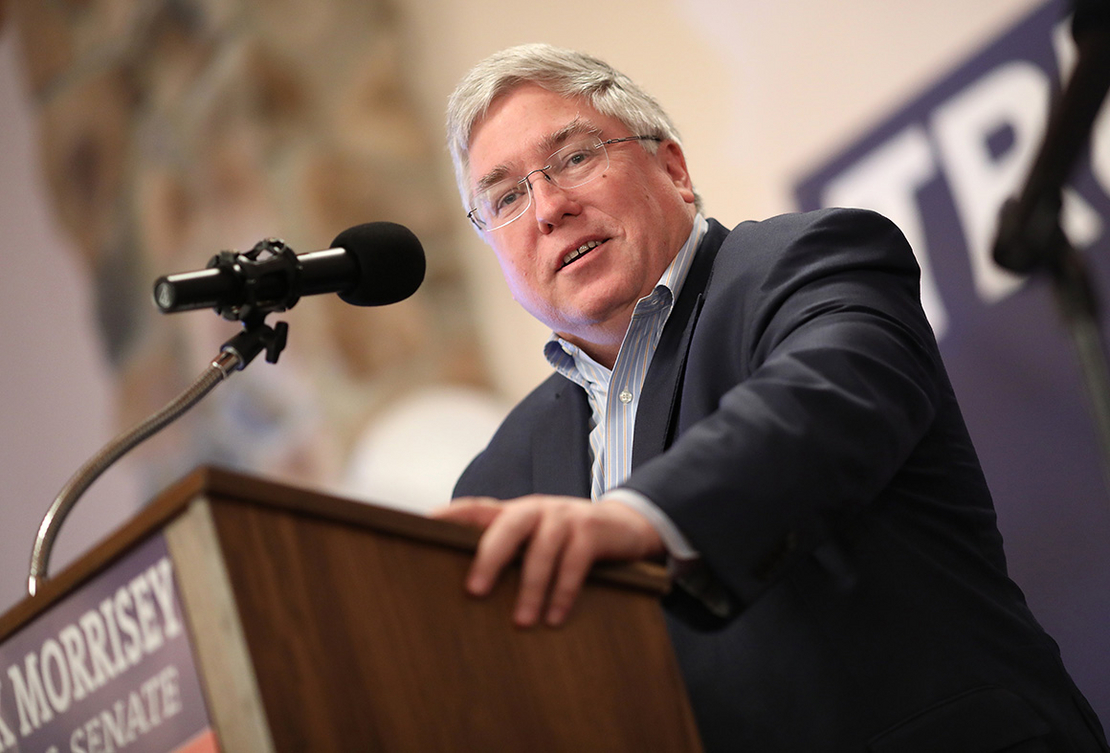 West Virginia Attorney General Patrick Morrisey has signaled that he plans to take a page from his recent Supreme Court climate win to challenge the Securities and Exchange Commission’s proposed rule for funds that are marketed as socially and environmentally responsible.

In formal comments filed yesterday with the SEC, 21 Republican state legal officers led by Morrisey argued that the agency is trying to transform itself from the federal overseer of securities “into the regulator of broader social ills.”

“The woke left is going full throttle in their mission to change every facet of American life … and erode our democratic institutions to suit their liberal agenda,” Morrisey said. “The Biden administration wants to radically transform the SEC and other agencies run by unelected bureaucrats and make them champions of climate change, regardless of what those agencies’ functions are — Biden is creating a federal bureaucracy to suit his agenda.”

At issue is an SEC proposal that would require firms to prove that investments that purport to be green or socially aware live up to those claims (Climatewire, May 26).

While the rule cannot be challenged in court until it is finalized, the letter from West Virginia and other states provides an early look at the claims opponents are likely to raise.

Morrisey argued in the comment letter that the proposed SEC rule violates the “major questions” doctrine, which he said was “settled” in the Supreme Court’s June 30 decision in West Virginia. The high court’s conservative majority agreed with Morrisey and other parties in the case that the doctrine — which says Congress must speak clearly if it wants a federal agency to act on a matter of “vast economic and political significance” — precludes a broad EPA carbon rule like the Obama-era Clean Power Plan.

The justices did not define what other issues might constitute a major question.

Morrisey said in the comment letter yesterday that the West Virginia ruling confirms that Congress — “not a federal administrative agency — has the power to decide major issues of the day.”

He pledged that West Virginia would “vigorously participate in the rulemaking process” and if necessary “go to court to defend against any regulatory overreach by the SEC or any other agency in the name of climate disclosures.”

“The SEC no longer protects investors from mere fraud,” the attorneys general wrote. “Now, it has assumed the responsibility of fighting climate change and other social ills. It wishes to use mandatory disclosure to pressure companies and investors to change their behavior.”

They also argue that the proposed rule would have an “unjustifiably negative effect on certain industries,” noting that the rule intends to “highlight for investors the extent to which a fund’s portfolio is exposed to portfolio companies with higher carbon intensity.”

That means, the attorneys general wrote, “industries such as mining or power generation are likely to receive less investing.” They contend that doing so “would raise the cost of everyday necessities like electricity at a time when many Americans are already struggling.”

ESG investing — the acronym for environmental, social and governance — has ballooned to nearly $2.77 trillion in assets under management globally, according to research firm Morningstar Inc. But it remains largely unregulated in the United States.

Todd Phillips, director of financial regulation and corporate governance at the Center for American Progress, which supports the SEC proposal, said the agency has the legal authority to regulate financial products.

“This rule would make these funds explain what they consider ESG to mean and to explain how the fund is consistent with ESG,” Phillips said. “That is a good thing so that investors can look at a fund and know what it means and that they’re not being lied to.”

Phillips said Republican attorneys general have argued that the SEC is trying to regulate climate change, but he said ESG funds are not only marketed to climate-conscious investors. Such funds could also consider social issues such as boardroom diversity.

“The rule is making sure that companies disclose information so that investors have a full understanding of the financial product that they are buying and can make wise investment decisions with that information,” Phillips said.

The proposal comes as the SEC earlier this year unveiled a plan to require some companies to disclose emissions data and their climate targets. Legal experts predicted that rule could also be a target of future legal challenges that rely at least in part on the major questions doctrine articulated in the recent Supreme Court climate case (Climatewire, July 7).

SEC Commissioner Hester Peirce, a Republican, had raised the prospect of such a challenge in her dissent of the proposed rule in March, saying the SEC sought to change its regulatory role to be the “Securities and Environment Commission.”

New York University’s Institute for Policy Integrity has argued in comments that the SEC has required companies to report other environmentally related risks, including litigation involving companies and the federal government, dating back to the 1970s because such information “could signal wider-spread financial risk.”

GOP officials at the state and federal levels have increasingly sought to push back against heightened attention being paid to climate change by both financial regulators and the firms they oversee.

Republicans have accused major banks, money managers, and agencies including the SEC and the Federal Reserve of attempting to bankrupt the fossil fuel industry. They have said regulators need to focus on financial returns and stability above all else.

Morrisey in June led a coalition of attorneys general in filing formal comments regarding the SEC proposal to require companies to provide investors with information about their contributions to climate change and the risks they face from a warmer planet.

He filed a supplemental letter regarding the rule in July, citing his Supreme Court victory in West Virginia.