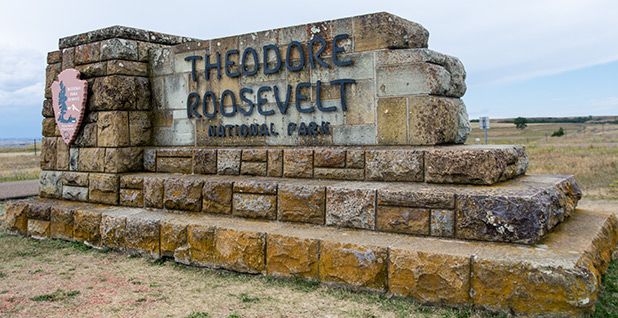 The state of North Dakota has advanced a controversial oil refinery project less than 3 miles from Theodore Roosevelt National Park, issuing a permit to construct the roughly 50,000-barrel-a-day plant despite concerns from conservation groups and the National Park Service.

There likely are other federal and local permits the Irvine, Calif.-based Meridian Energy Group Inc. will need to obtain before building the Davis Refinery.

But the North Dakota Department of Health’s permit is a major victory for a project that’s been under review for 18 months. Backers say it’s badly needed, as most of the estimated 1.2 million barrels of oil produced each day in the Bakken Shale play is trucked to out-of-state refineries.

It would be the largest refinery constructed anywhere in the United States since Petro Star Inc.’s plant in Valdez, Alaska, came online in 1993, according to the U.S. Energy Information Administration.

"We fully appreciate the thorough and meticulous review performed by the [state], which held us accountable at every phase of the review process," Meridian CEO William Prentice said in a statement.

"Meridian’s design efforts, which included modifications and improvements made as a result of their rigorous review, have ensured that the Davis Refinery will operate in full compliance with the law, and in a manner that is responsive to the concerns of the local community," Prentice added. "The Davis Refinery will indeed be the cleanest refinery on the planet when completed."

But some conservation groups and residents remain concerned about the air quality impacts of placing a refinery less than 3 miles from the southeast corner of the national park.

A young Theodore Roosevelt built Elkhorn Ranch, which is part of the park, shortly after his first wife and mother both died on Valentine’s Day 1884. Though he lived at the ranch only a short time and the log house and scores of cattle that once grazed there are long gone, it’s where Roosevelt first developed the preservation ethic that defined his term in office and earned him the title the "conservationist president."

Elkhorn Ranch is often referred to as the "cradle of conservation" and the "Walden Pond of the West."

"We are deeply concerned about the impact of air pollution from the proposed refinery on Theodore Roosevelt National Park," said Stephanie Kodish, clean air program director for the National Parks Conservation Association, which strongly opposes the refinery.

NPCA and others have noted that the park is already affected by the region’s shale oil boom and that flares from drilling rigs are visible at night from various points in the park, on the very southern end of the Bakken Shale play.

"The park’s air quality is already hurt by pollution, limiting views, damaging ecosystems and making the air less healthy for visitors to breathe," Kodish said. "The question is not whether this new source of pollution will do additional harm to the park — but rather how much."

Representatives with Theodore Roosevelt National Park could not be reached for comment. But Superintendent Wendy Ross has expressed concerns about the refinery’s location in the past.

The Park Service in early 2016 unveiled a "viewshed analysis" that concluded that the refinery would be visible within the park, and that 630 acres would be "visually impaired."

There are also concerns that despite pollution controls, the refinery will affect air quality in the park — a federally designated Class I airshed, meaning it is afforded the highest level of protection under the Clean Air Act.

Meridian Energy plans to use advanced pollution controls and has proposed shading the refinery with trees, contracting with the University of North Dakota to have the school’s agriculture and botany departments help design buffers.

The North Dakota Department of Health defended its analysis of the proposed refinery, which it said included consulting with the Park Service, EPA and the Fish and Wildlife Service.

"Emissions from the facility are expected to comply with all applicable federal and state air quality regulations," Terry O’Clair, director of the health department’s division of air quality, said in a statement.

Click here to read the state permit and to access public comments and other documents related to the proposed oil refinery.