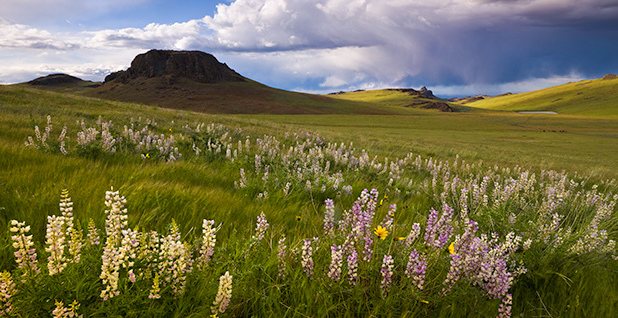 A bid to preserve 2.5 million acres of rolling sagebrush hills and sheer desert canyons in southeast Oregon could be collateral damage from the 40-day occupation of the Malheur National Wildlife Refuge.

The occupation that ended last week touched raw nerves over the federal government’s vast landholdings in Oregon and the restrictions it imposes on grazing, mining and logging.

It could give President Obama pause when he considers whether to unilaterally designate an Owyhee Canyonlands National Monument that would cover an area roughly the size of Yellowstone National Park.

While Harney County residents largely opposed Ammon Bundy’s decision to seize the bird sanctuary south of Burns, they sympathized with his critique of federal environmental restrictions — and some vented about the monument proposal, which is located in neighboring Malheur County along the Idaho border.

It was bad timing for the Owyhee Coalition, which includes American Rivers, American Whitewater, Mazamas, the Oregon Natural Desert Association, the Sierra Club, the Conservation Lands Foundation, the Pew Charitable Trusts and the Wilderness Society.

The coalition wants Congress or Obama to protect an area it calls the largest expanse of undeveloped and unprotected land in the Lower 48.

Just three paved roads run through the Owyhee Canyonlands, an area of craggy gorges, gushing rivers and sagebrush plateaus that stretches clear across Malheur County. It’s a stronghold for the greater sage grouse, as well as California bighorn sheep and redband trout, the coalition says.

"It is unfortunate the Malheur occupation happened when it did," said Andy Kerr, an environmental lobbyist who backs protecting the land.

The coalition proposed legislation to designate a 2.5-million-acre national conservation area, 2 million acres of wilderness and 50 miles of wild and scenic waterways. But Oregon’s congressional delegation has yet to introduce a bill.

In the absence of congressional action, proponents hope Obama will protect Owyhee using his executive powers under the Antiquities Act, a century-old law he has used 22 times to set aside 265 million acres of federally administered lands and waters, more than any other president.

But it could face political blowback, particularly in southeast Oregon communities trying to mend rifts over the Malheur refuge occupation.

At a community meeting in early January at the Harney County Fairgrounds, multiple residents spoke in opposition to the Owyhee monument, and the county commission last September passed a resolution against it. Other critics include the Association of Oregon Counties, the Malheur County Cattlemen’s Association and state elected officials.

"Now the people of Harney County can begin to put their lives back together and heal some of the divisions," Rep. Greg Walden (R-Ore.) told Greenwire last week. "There are things, hopefully, that can be done that will help in that healing process — like making sure the president doesn’t create another 2 ½-million-acre national monument in the neighboring county."

Harney Judge Steve Grasty, the county’s highest elected official, wrote a letter Jan. 14 to Interior Secretary Sally Jewell asking her to strengthen collaborative partnerships with area ranchers that have helped build trust. He praised the Malheur refuge’s 2013 comprehensive conservation plan and an agreement by area ranchers that helped avert an Endangered Species Act listing for the sage grouse. Both initiatives had broad local buy in, he said.

"Despite the successes mentioned above, many in my community continue to feel that the federal government neither listens to, nor hears, our concerns," Grasty wrote. "While we have had some recent successes, this collaborative approach is not yet the norm, and we have decades of heavy-handed federal management to overcome."

A monument designation would be a bold political move in the absence of legislation or support from Oregon’s delegation. It also could make life hard on the employees at the Bureau of Land Management, Fish and Wildlife Service and Forest Service, some of whom faced harassment in connection to the refuge occupation.

"The local people hate it with a passion," said Bob Skinner, a rancher in the Jordan Valle in Malheur County who formerly led the Oregon Cattlemen’s Association.

"Every time they do it, it’s an economic disaster," he said. "You open the door for the radical environmental industry."

Skinner said the administration has been unwilling to take a designation off the table and that "all of the arrows are pointing toward ‘Yes, it will happen.’"

Conservationists have taken a low profile since the refuge occupation began Jan. 2, hoping not to further inflame anti-federal sentiment.

Doug Moore, executive director of the Oregon League of Conservation Voters, declined to say whether groups are actively pushing Obama to act.

"It’s never a good plan to publish your playbook," he said.

But a monument designation should be a no-brainer for Obama, other conservationists said, as it would cement his legacy of preserving lands for future generations to enjoy. With an Owyhee designation, Obama would likely pass President Clinton for the second-most acres preserved using the Antiquities Act. President Carter enjoys a healthy lead at No. 1.

"The question is, did the Bundy’s really win something?" said Andy Stahl, executive director of Forest Service Employees for Environmental Ethics. "If I’m the administration leaving office, I’d say, ‘Hell no!’"

Proponents have two main arguments for designating the monument despite local objections.

First, the Owyhee Canyonlands area is owned by all 320 million Americans, not just the 31,000 people in Malheur County or the 7,000 in neighboring Harney. The designation enjoys broad support nationally, and the president was elected to represent all Americans, they argue.

"It’s called a national monument for a reason," Stahl said. "It’s not a Malheur County monument."

Second, Obama won Oregon handily in the 2012 election, edging Mitt Romney by 12 percentage points thanks to Democratic support in heavily populated Portland and other coastal areas. While a monument designation would make him even more unpopular in rural eastern Oregon, it’s not going to jeopardize his party’s standing in the Beaver State.

Plus, the Antiquities Act offers Obama unfettered power over a Republican Congress that has stymied his major environmental initiatives and a Supreme Court that recently blocked his signature Clean Power Plan to combat global climate change.

"This is low-hanging fruit for an administration that’s going to have a hard time filling its fruit basket," said Stahl.

Kerr, the environmental lobbyist, said monuments are often unpopular early on, but opposition fades once the lands are seen as an economic asset. In Utah, Arches, Bryce Canyon and Zion began as national monuments and were all later upgraded to national parks "after everyone got done being pissed off," Kerr said.

However, resentment remains over Grand Staircase-Escalante National Monument, a 1.9-million-acre reserve that Clinton unilaterally protected in 1996 over the wishes of many local elected officials.

It’s unclear whether the White House is actively considering the Owyhee proposal.

So far, every big national monument Obama has declared has been preceded by a public-listening session by a high-ranking Interior or Agriculture department official. Such was the case for Mojave Trails, Berryessa Snow Mountain and San Gabriel Mountains in California; Organ Mountains-Desert Peaks and Rio Grande del Norte in New Mexico; and Basin and Range in Nevada.

No such meeting has taken place in southeast Oregon.

But the Malheur occupation is unlikely to sway Obama, Kerr predicted.