Regan to Dems: EPA not ‘out of the game’ on climate 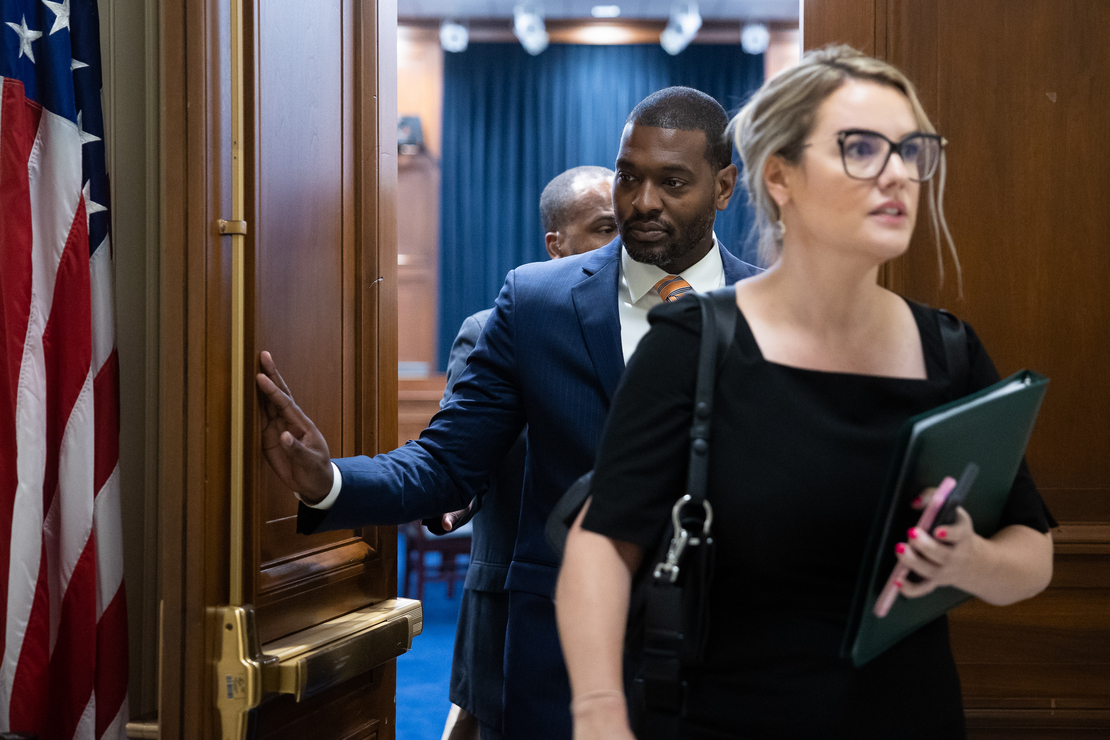 EPA Administrator Michael Regan met earlier this afternoon with moderate Democrats and reassured the lawmakers that climate remains a top priority for the Biden administration, despite recent setbacks in the Supreme Court and Senate.

“My message was climate has always been a focus of the agency. We’re going to continue to use all the tools in the toolbox. I walked them through the [West Virginia v. EPA] Supreme Court ruling and how it’s a setback, but it doesn’t take EPA out of the game,” Regan told E&E News as he left a closed-door Capitol Hill meeting with the New Democrat Coalition.

Regan declined to say if one of those options would be an executive order from President Joe Biden declaring a climate emergency, which would open the door to a range of federal actions (Greenwire, July 19). He said he was continuing to explore ways to use existing EPA rules to combat climate change as well as options for making long-term investments in the power sector.

Several lawmakers who attended the session said Regan stressed the agency remains focused on climate despite recent setbacks, although he did not specifically weigh in on the recent collapse of the environmental provisions in the Senate reconciliation package.

“They’re moving full steam ahead, that was basically his message,” said Rep. Suzan DelBene (D-Wash.), the chair of the nearly 100-member coalition of moderate and centrist Democrats. She said the session was scheduled as part of regular lunch meetings New Democrats have with administration officials and was not called in response to the recent Supreme Court ruling or the Senate breakdown.

DelBene said New Democrats, who have often promoted market-based climate action, said the group was open to executive moves, but would still prefer to see legislation passed because it is more “durable.”

Rep. Sean Casten (D-Ill.), who attended the session, said the “subtext” of the meeting was that EPA could still act without congressional action. Aside from talking up climate priorities, Casten said, Regan fielded mostly parochial questions from members on issues like PFAS cleanup and local watershed issues.