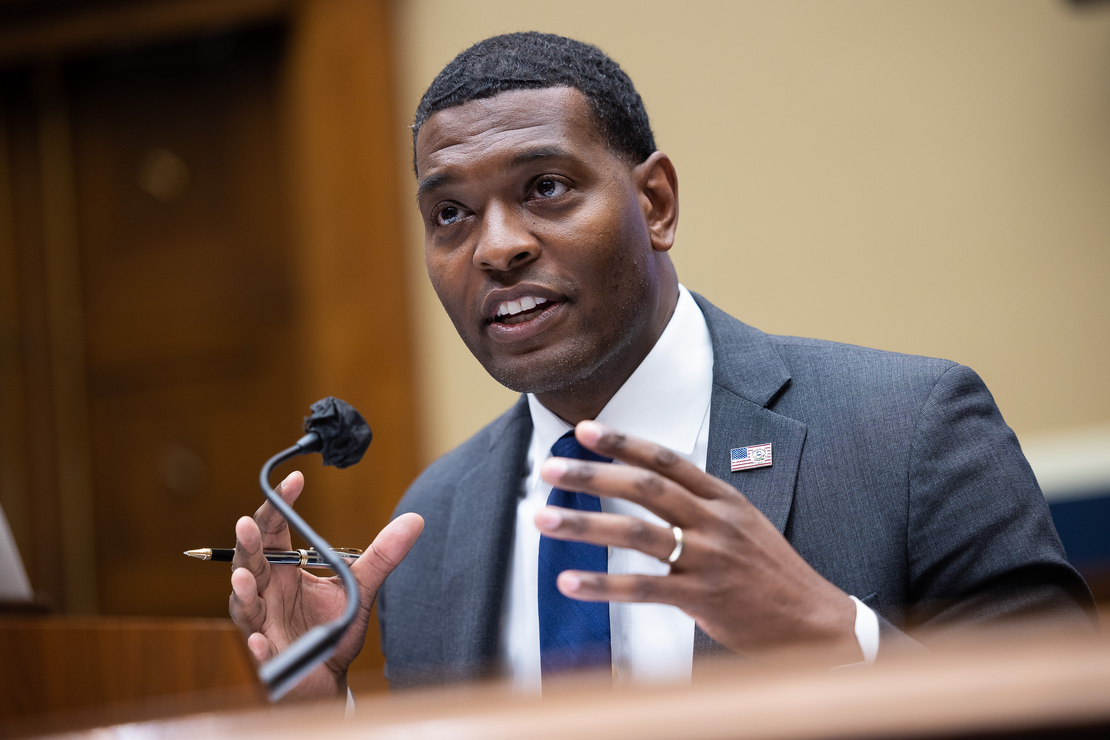 Regan testified before the House Energy and Commerce Subcommittee on Environment and Climate Change, and sought to make the case for a more expansive budget for EPA as it deals with environmental problems across the country.

Regan called the White House’s fiscal 2023 budget request ambitious “with the goal of a healthier, more prosperous nation where all people have access to clean air, clean water and healthy communities.”

The proposal focused on fighting climate change, championing environmental justice, protecting air quality and upgrading water infrastructure, the EPA administrator said. He said investing in the agency was akin to investing in all communities “and in the economic vitality of this great nation.”

EPA would receive close to $11.9 billion in fiscal 2023, about a 25 percent boost over its current funds of $9.5 billion. EPA’s workforce would grow by the hundreds to more than 16,200 full-time employees, according to the agency’s congressional justification.

The proposal is greater than President Joe Biden’s request for EPA last year, which was $11.2 billion — a number Congress rejected earlier this year.

And Republicans at today’s hearing were not receptive to Regan’s spending pleas.

Rep. Cathy McMorris Rodgers (R-Wash.), ranking member of the full committee, took issue with the budget request and said not even half of the proposed workforce growth would go to states.

“I hope that you will agree with me that we need to return to building — building our economy, not dismantling it,” McMorris Rodgers said. “To succeed, EPA must not be an obstacle to development and prosperity for American families, especially as they are struggling with the everyday cost of living.”

Democrats praised Regan for the change in direction at EPA. During the Trump administration, hundreds of employees left the agency, many of them frustrated with proposed budget cuts and regulatory rollbacks.

Rep. Paul Tonko (D-N.Y.), the subcommittee chair, said the infrastructure law, which sent $60 billion to EPA, was meant to supplement, not supplant, the agency’s annual funding. It’s now time to invest in the agency, he said.

“We cannot continue to expect the agency to do more with less,” Tonko said, noting staffing remains at 1980s levels. “Much of EPA’s workforce is eligible for retirement, or soon will be. We need to rebuild the agency’s staff capacity and attract that new, talented pool of people to public service.”

Regan agreed. “EPA staff has dwindled, not just over the past four years, but the past decades as you’ve laid out,” he said. “We need to rebuild that core.”

“You seem to want to fund more climate change, environmental justice programs instead of taking care of America. Neither of which are going to lead to grid reliability, only blackouts across the country,” McKinley said. “America deserves better from the EPA.”

“Are you just going to press ahead here, even if grid reliability is compromised and the power goes out?” Johnson said.

Regan responded that his agency was not to blame, noting power plant closures happened during the regulation-averse Trump administration as well.

“The markets have decided that traditional coal investments are not competitive. The power sector has decided that it is investing in new generation opportunities,” Regan said.

“The fact is environmental groups continue to litigate these pipelines,” Duncan said. “ACP is just one, and so we’re going to see a continued thwarting by EPA and others on natural gas pipelines.”

Regan said he didn’t want to be conflated with environmental groups, and he has been engaging with industry as administrator.

“I work for the EPA,” Regan said. “I don’t work for an environmental group.”

The EPA administrator often returned to a top priority for the Biden administration: environmental justice.

At today’s hearing, Democrats pressed Regan repeatedly on how he plans to dole out funds to help communities historically overburdened with pollution.

Rep. Yvette Clarke (D-N.Y.) asked how the agency will administer $5 billion for clean school buses under the infrastructure law so disadvantaged school districts are “not last in line” to receive the funding.

Regan addressed the agency’s plans to set up a national program office on environmental justice.

“We don’t want to just put window dressing here. We want to see a systematic change,” Regan said. “We want to have a program office whose full-time job it is to ensure that justice, equity and inclusion is incorporated into every single thing we do — every policy, every regulation, contracts, procurement, hiring, the whole thing.”

The EPA administrator was also asked about per-and polyfluoroalkyl substances, or PFAS. Known as “forever chemicals,” they have been found to be contaminating drinking water sources across the country.

Rep. Debbie Dingell (D-Mich.) pushed Regan to commit to various deadlines on the chemicals at today’s hearing. She noted EPA’s PFAS strategic road map has the agency proposing a hazardous substance designation for PFOA and PFOS by the spring of 2022.

Dingell also noted the road map has EPA issuing a final drinking water standard for PFOA and PFOS in the fall of 2023, which Regan also committed to meeting.

“It’s going to be critical to designate robust funding and manpower for PFAS so you meet those deadlines,” Dingell said.