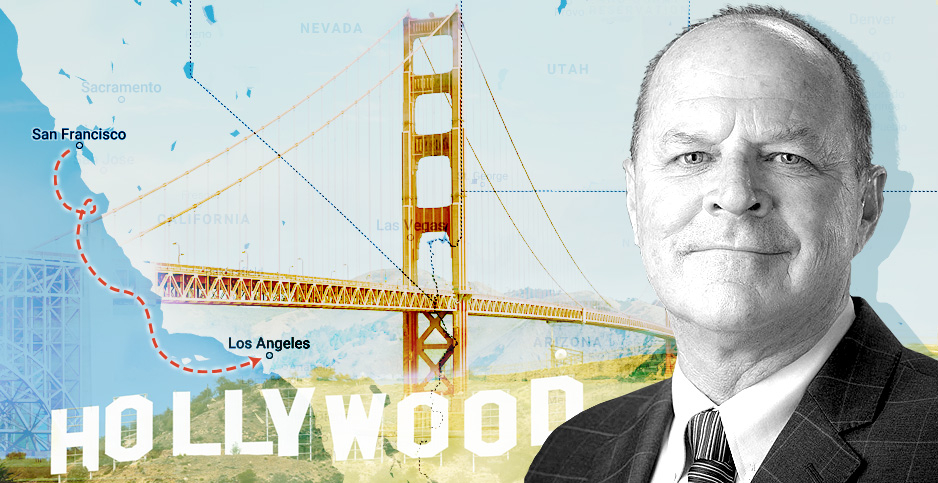 EPA Region 9 Administrator Mike Stoker is no longer with the agency.

"I would like to thank Mike Stoker for his service to EPA," Administrator Andrew Wheeler told employees yesterday in an email obtained by E&E News. "I wish him and his family the best in their future endeavors."

In his email, Wheeler named Deborah Jordan, the deputy regional administrator for Region 9, acting head of the office.

BuzzFeed News first reported that Stoker was gone from EPA.

EPA employees were surprised by the announcement and said they didn’t know why Stoker was out from the agency.

"Lots of staff are asking why. I’m sure we will all find out in time," said one.

The agency didn’t offer any more details on Stoker’s departure.

EPA spokeswoman Molly Block said, "Mike Stoker is no longer with the Agency. Deb Jordan is the Acting Regional Administrator."

Stoker didn’t respond to a request for comment from E&E News for this story.

He had been in charge of EPA’s Pacific Southwest office, which oversees agency operations in Arizona, California, Hawaii, Nevada and the Pacific islands, since May 2018.

Before coming to the agency, Stoker was a California attorney and longtime Republican official, including as a member of the Santa Barbara County board of supervisors. He has been credited with coming up with President Trump’s "Lock her up" chant.

During his time as Region 9 administrator, Stoker’s frequent travel and time spent away from the branch’s main office in San Francisco drew scrutiny.

In March last year, the EPA Office of Inspector General issued a "management alert" that said Stoker spent about 20% of his time, or 30 out of 145 workdays, in San Francisco. That is where more than 600 employees, or roughly 90%, of the staff he managed are based.

Stoker also spent 19 workdays in Los Angeles and took 15 trips out of 35 to Southern California destinations during the time analyzed by the IG office. Stoker lives in Southern California in Carpinteria, a small beach town in Santa Barbara County, according to his Facebook profile.

The report, which was triggered by a hotline complaint, made no recommendations to EPA.

About three weeks after that report was released, outgoing EPA Chief of Staff Ryan Jackson instituted a one-year pilot program to change Stoker’s "duty station" at EPA, essentially his workplace, from San Francisco to Los Angeles, according to records obtained by E&E News under the Freedom of Information Act (Greenwire, Nov. 26, 2019).

Emails show Stoker had pushed to change his workplace to Los Angeles, where EPA’s Southern California Field Office is located. The agency, however, was warned early on that the move could later expose Stoker to liability for his travel expenses.

"However, depending on where the duties take place, we believe that there is legal risk that an oversight body might find that your determination was incorrect and require the RA to repay travel costs to and from San Francisco," Elise Packard, a senior career attorney at EPA, said in a May 2018 memo.

Stoker, as head of Region 9, had also been part of EPA’s battle with California in recent months, which sparked a backlash by the state government and several of its House and Senate lawmakers. Last year, the agency threatened sanctions against the state over water quality issues and threatened to revoke federal highway money for California over issues with complying with the Clean Air Act.